Research project: " Remains of clothing from the modern cemetery of St. Pölten/Domplatz"

In 2010, preliminary excavation work carried out on the square in front of the cathedral in St. Pölten revealed numerous archaeological finds dating back to Roman times. The site today home to the cathedral square lies on an area of land once occupied by Roman settlement of Aelium Cetium, of which several architectural remains have been preserved. The excavation area also lies on the site a former baroque monastery, today the seat of the Diocese of St. Pölten. Remains from this period discovered there include two medieval church buildings, the former parish church and a double chapel.

The city cemetery, which was also located on this site, is essential in this context. By 2018 it had revealed 16,000 skeletons and bones (not including the thousands of individual bones preserved in the ossuary, which was also excavated). Documents indicate that the cemetery existed from the 11th century onwards before being finally abandoned in 1779. In the 19th century, earth-moving work was carried out to level the land where the cathedral square was to be built. Much of this soil was taken from the former burial site, so when the archaeological excavations began the experts found many graves just below the surface. All skeletons have already been analysed to determine their age and sex. 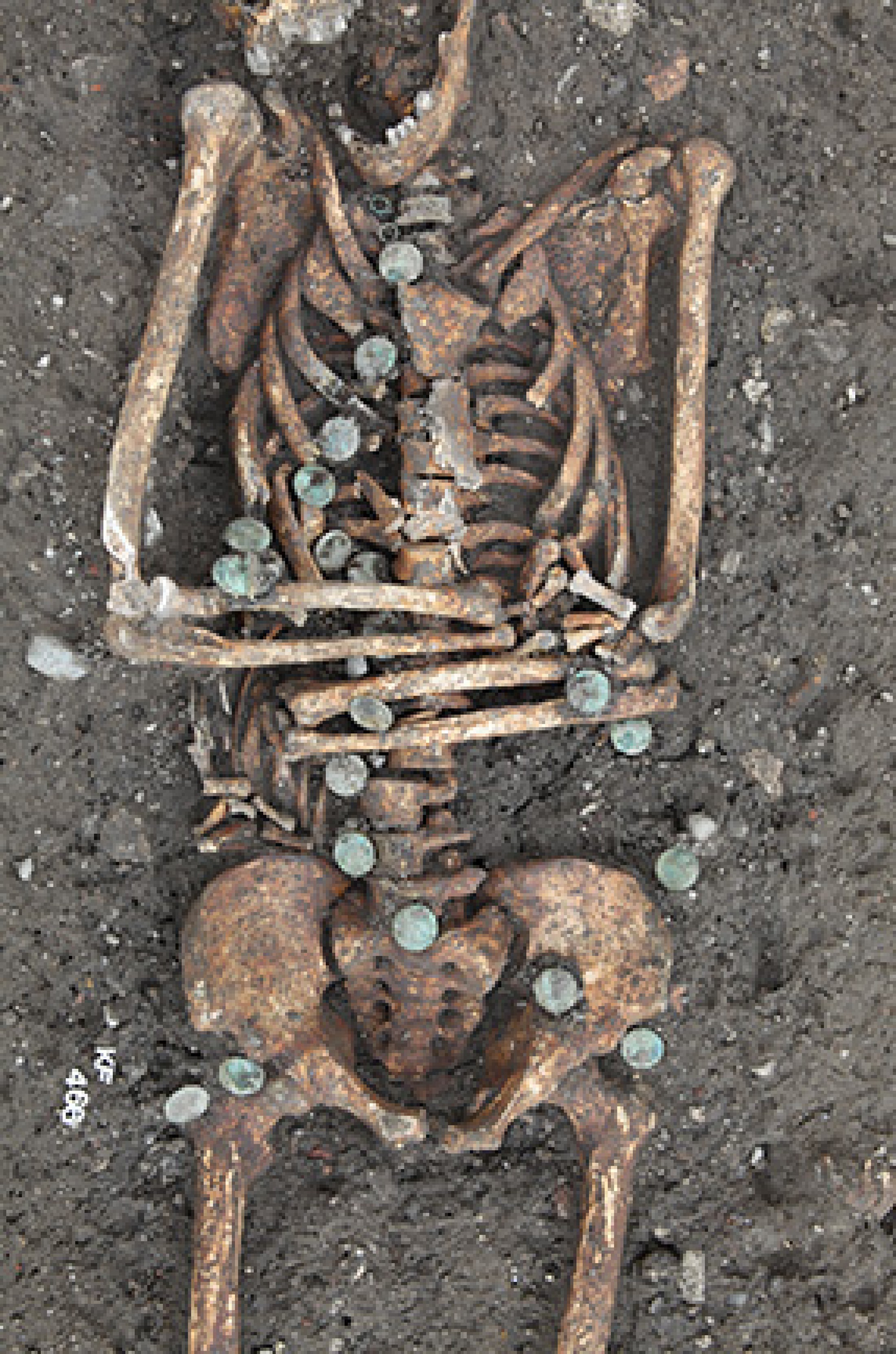 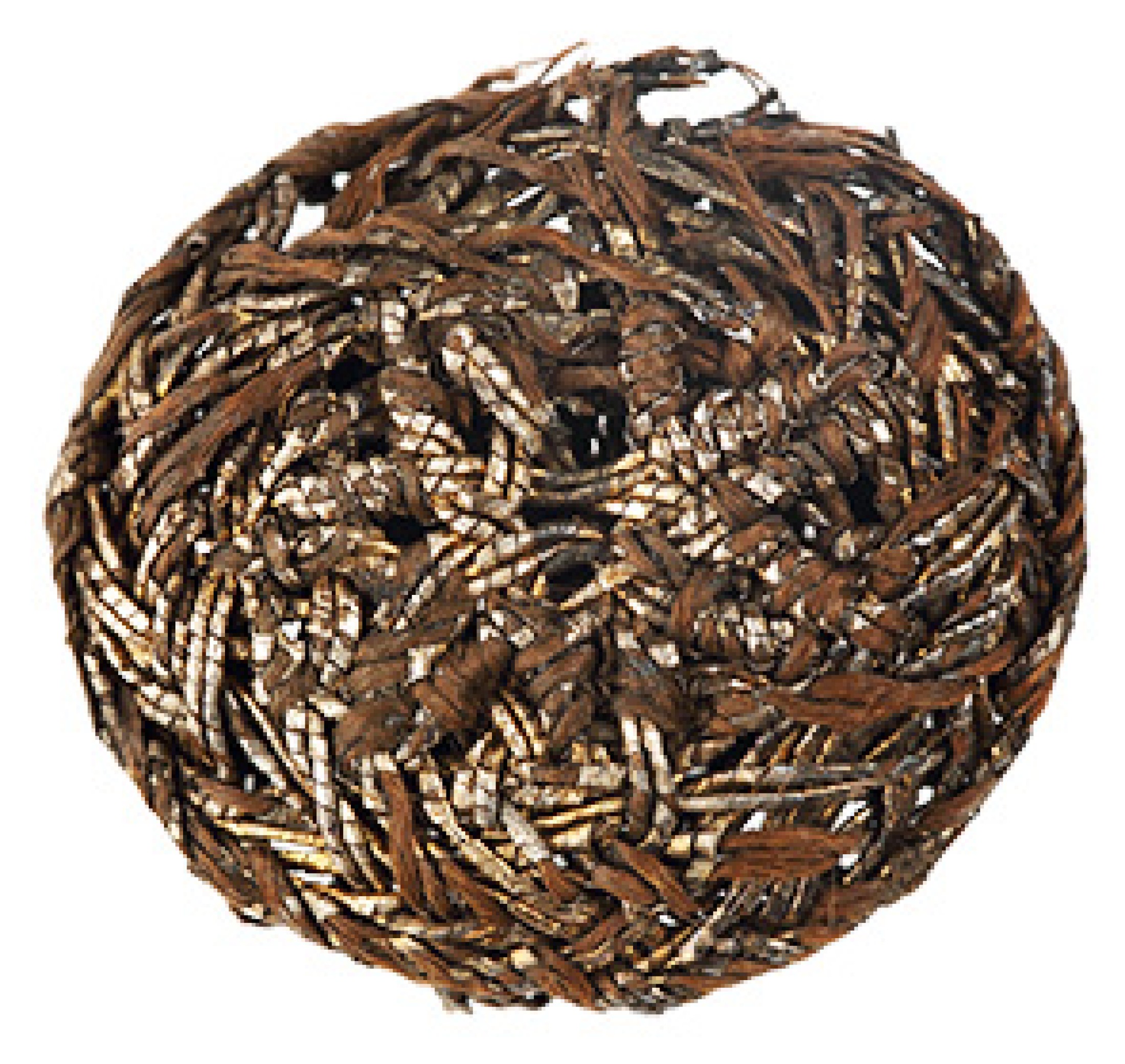 Considering the enormous number of skeletons found, the amount of organic material at the site is relatively modest. Archaeologists have made a number of interesting finds comprising objects grouped together. The organic finds all seem to date from modern times. The burials at the St. Pölten cathedral square were carried out using earth graves, so no large pieces of fabric or items of clothing have been preserved.
Some graves have been found to contain funeral crowns in situ on the head of (female) skeletons. A number of different designs have been uncovered.

Of particular interest to archaeologists are skeletons found with rows of buttons. The position of these buttons indicate the kinds of clothing these people would have been buried in. Just a brief look at the button patterns near the skeletons reveals a range of trousers, jerkins and other upper-body coverings such as knee-length coats known as justeaucorps. These finds give an important indication of the style and design of the clothes in which the dead were buried.
Different types of buttons have been found at the site. These make it possible for experts to draw up a detailed chronology based on their design and decoration. Of particular interest in this context are the textile buttons, the rock crystal buttons and the decorated metal buttons. 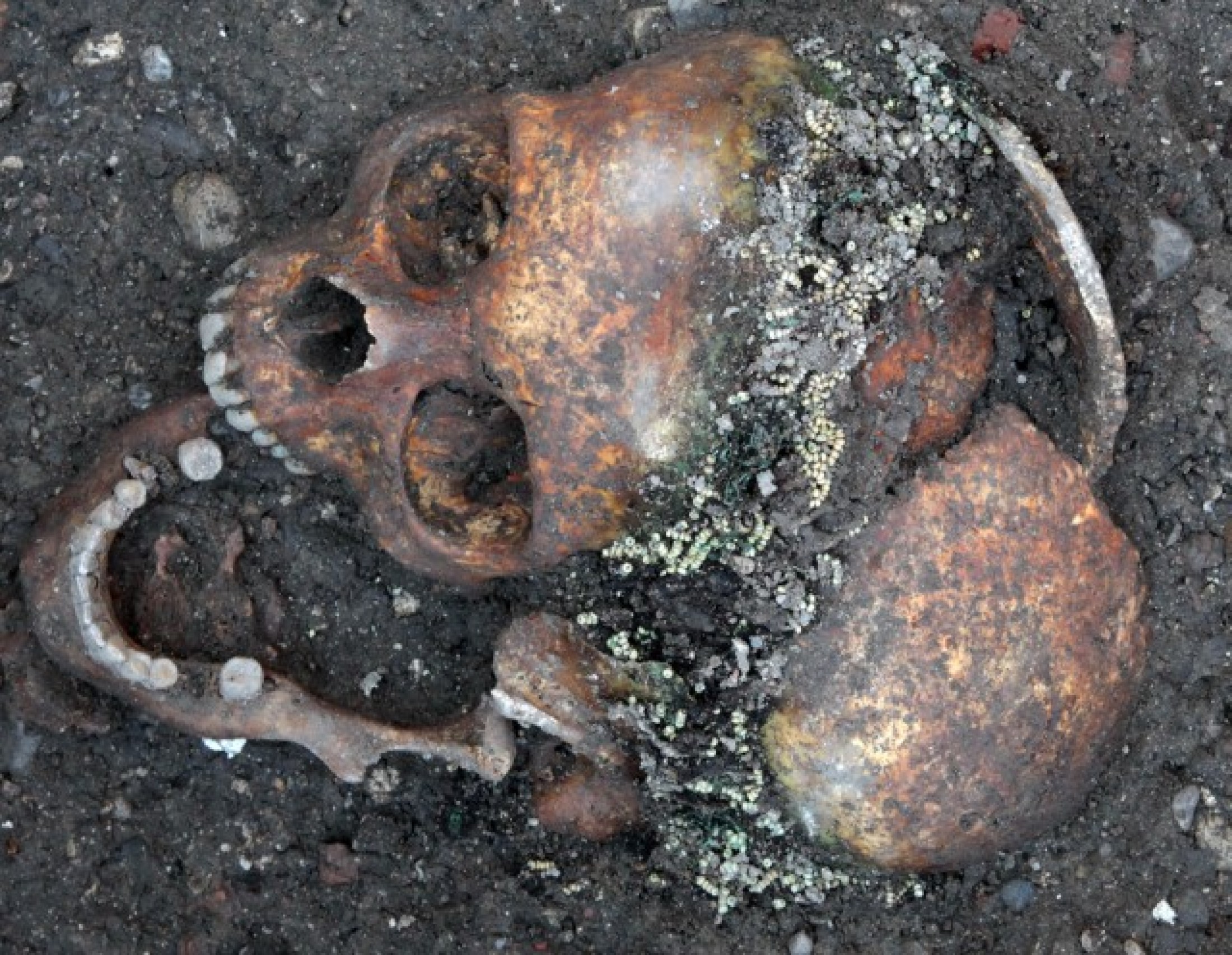