Traditionally, morphology, systematics and chorology are among the most established scientific fields at museums, since they can be applied to preserved specimens or require great numbers of individuals available in scientific museum collections for analysis.

The comparative scientific collection comprises about 210,000 objects the majority of which (more than 200,000) are preserved in alcohol. The smaller portion (about 6,000 objects) is formed by dry preparations (skeletons, mounts, skins). The grassroots of the collection and the oldest specimens therein go back to the beginning of the 18th century.

Until some years ago, the comprehensive holdings were exclusively made available through a card-index which contained the most important object data of each specimen (scientific name, locality and date of collecting, collector, date of acquisition, location of the object within the collection). Today this information is entered in a computer database.

The object-centered database of the specimen inventory is supplemented by a database containing data on the distribution of the indigenous amphibians and reptiles in Austria. This " Austrian Herpetofauna Database " currently contains 101 000 dated locality records including various biological and ecological information. The Herpetological Collection also houses a herpetological slide collection and a comprehensive technical library .

The Herpetological Collection is open to the public. Apart from the custodial managing duties of increasing and preserving the collection, and making the specimens accessible, the staff members are involved in various scientific projects and cooperations with scientific colleagues from at home and abroad. Furthermore, the Herpetological Collection is information center for herpetological questions, where care and control of guest scientists from at home and abroad, students, and hobby herpetologists are the points of main effort. 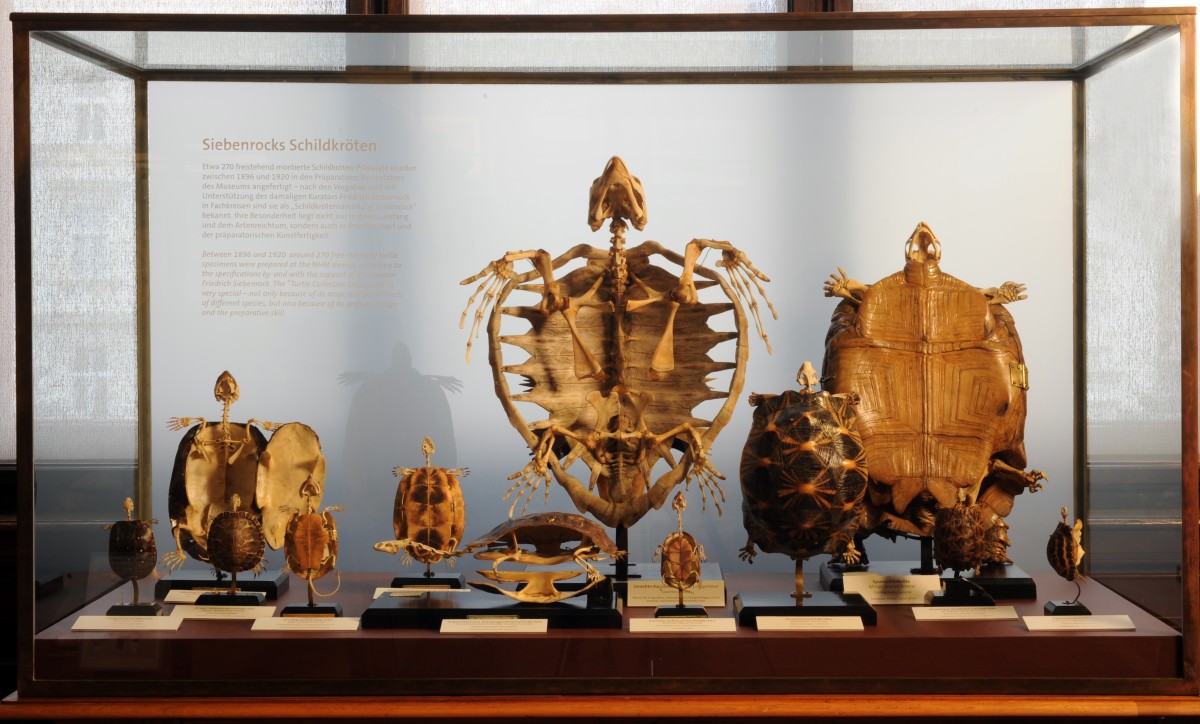