Born on 15 August 1775 in Pressburg (Bratislava) as the son of an army war archivist. Schreibers came to Vienna early on to attend the Löwenburg Convent. His exposure to the sciences of botany, mineralogy and zoology as well as medicine, facilitated through his family clan, was instrumental in his choosing to study medicine.

He became a doctor of medicine in 1798. After a short period of practice with his uncle, the Viennese doctor Joseph Ludwig von Schreibers, he conducted lengthy travels throughout Europe during the course of which the young Schreibers visited many museums and made the acquaintance of leading scientists of the day.


From 1802 until 1807, he assisted Professor Jordan with his lectures who taught general natural history and agricultural sciences at the University of Vienna. Already on 15 March 1806, after the death of Andreas Xaverius Stütz on 11 February, he was appointed Director of the Viennese Natural History Collections ("Naturalienkabinette) by Emperor Franz II. Although he was also offered the teaching position of his colleague Jordan at the University of Vienna, Schreibers accepted the appointment as Director of the Viennese Natural History Collections. He embarked upon a decades’ long complete organizational overhaul of the natural history collections, in which he was greatly hindered by bureaucratic difficulties and intrigues launched by Privy Councillor Andreas Freiherr von Stifft.

Schreibers was involved with all facets of natural sciences until quite an advanced age. One of his favourite interests was the study of meteorites (see his book on meteorites) and to augment the Viennese collection of these objects. During his period in office, the extent of his library grew from a few scientific books to a collection of over 30 000 volumes. He recorded the results of his research activities in numerous manuscripts, some of which were unpublished, and he corresponded with many researchers of the time. All of this material was burnt during the course of the bombardment of the Viennese revolutionaries on 31 October 1848 by the Imperial Army, when the roof of the animal collection caught fire. Thus, with the exception of portions of the zoological collection, Schreiber’s life’s work was almost completely destroyed. He could not bear this loss and at the beginning of 1851, he retired and died on 21 May 1852. His efforts, however, live on not only in his meteorite collection, which he virtually founded, but also in the Fe-Ni-phosphide mineral schreibersite, which was so named in his honour by Haidinger. 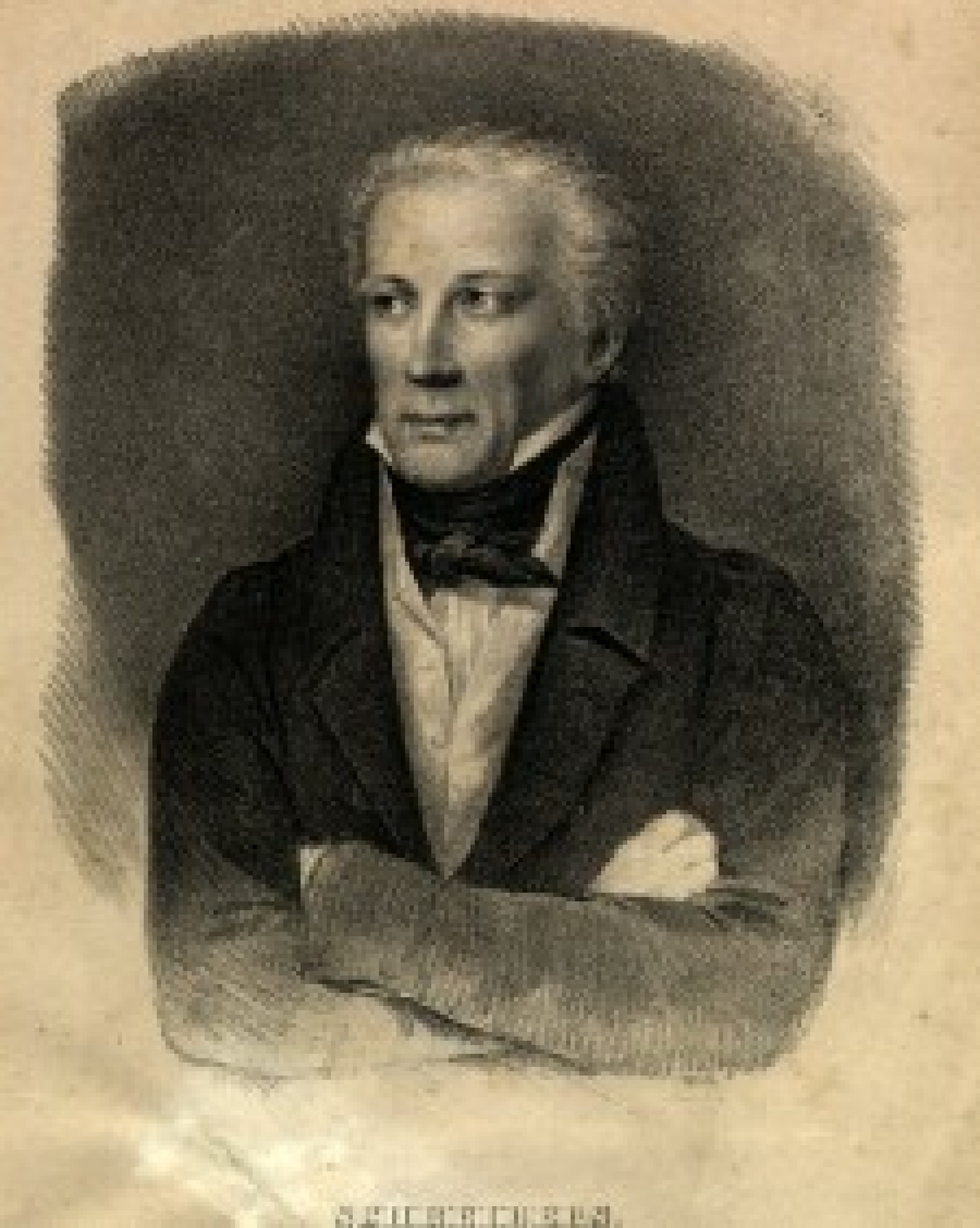