Daughter and heir of Emperor Karl VI, wife of the Roman-German Emperor Franz I (Franz Stephan von Lothringen), sovereign of the Hapsburg territories. Queen of Hungary and Bohemia. Archduchess of Austria (1740-1780).

Founder of the first Mining University of the Austro-Hungarian monarchy in Schemnitz. Supported and promoted the interest of her husband in natural sciences. Among other things, she gave him the gift of the famous gem bouquet which is regarded as the founding piece of the gems collection. 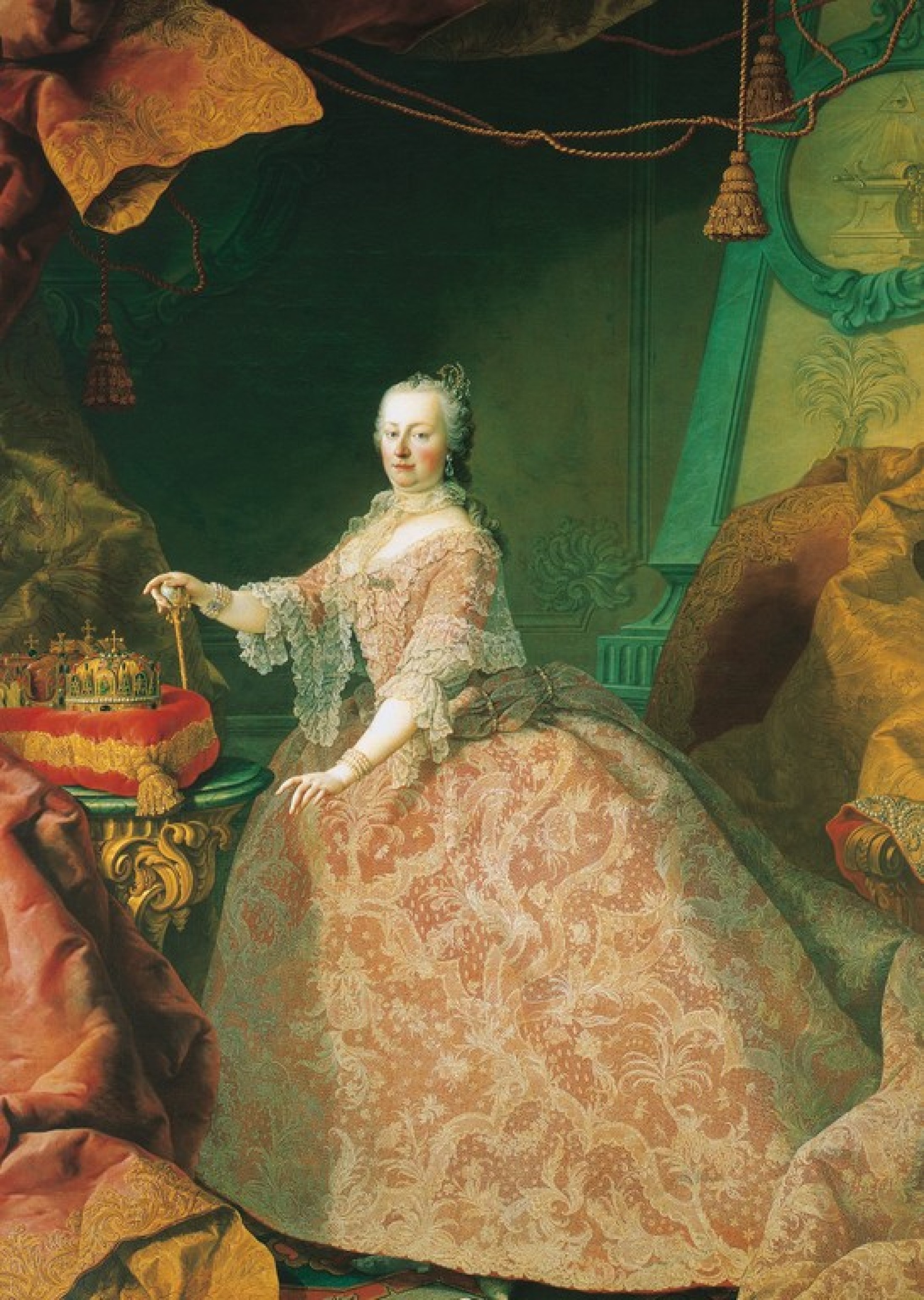