“It was a beautiful August morning in 1908 when the ‘Venus of Willendorf’ returned to the light of day in Wachau, after four thousand years of slumber. She was discovered in Szombathy’s and my presence at a depth of around 25 cm below the undisturbed ash layer near a large hearth (the 9th and uppermost occupation layer) ” is how Josef Bayer, one of the excavation directors, described the discovery of the most famous prehistoric female figure in the Neue Wiener Tagblatt.
The Venus of Willendorf was found in 1908 during a NHM archeological dig. There was much lively controversy in subsequent years about who was involved in the discovery, and to what extent. At the time, the statuette was the oldest complete human figure, and is still a frequently cited example of the female principle.
The figure of a mature woman was carved out of fine limestone with flint tools, and was originally coated with red chalk. In the Paleolithic Age, red was a symbol of life, death and rebirth. Despite the small size, many details are reproduced with remarkable realism. Thin arms decorated with serrated arm rings rest on the heavy breasts. The slightly inclined head has an elaborate hairstyle or basket weave cap.
Its curious lack of any facial features elevates the Venus of Willendorf above the individual, at the same time giving it a multitude of faces. Rather than depicting a specific individual, it is the bearer of a universal message which was understood throughout Europe in its time, but will be hidden from us forever.
VENUS CABINET
Download all images 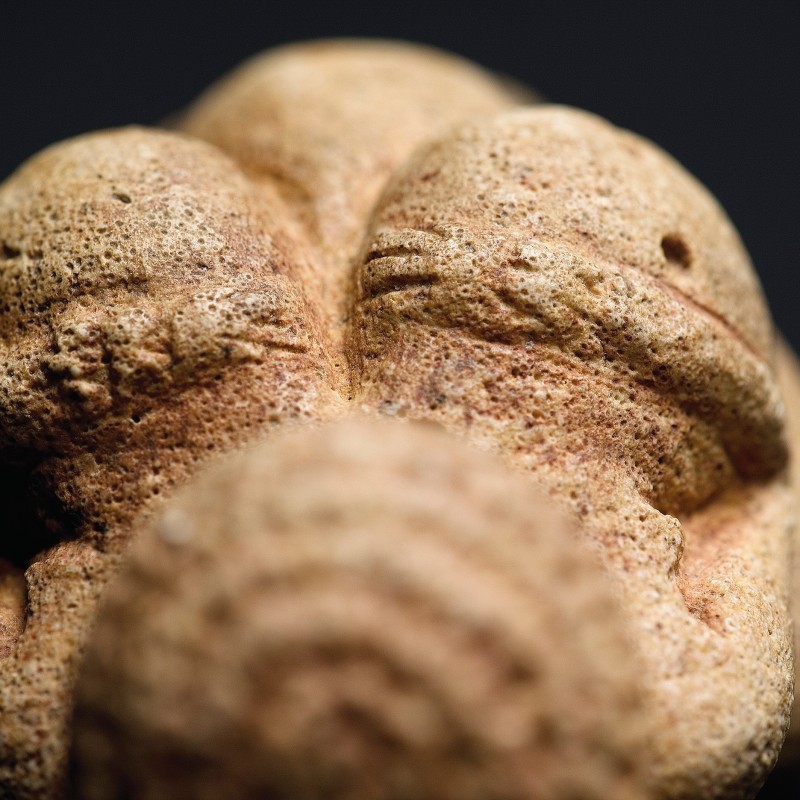