Temporary installation in Hall 5 celebrating the 270th anniversary of the spectacular fall. Extended until July 12th, 2021!
On 26 May 1751 at 6 p.m., a fireball became visible over Hrašćina, a place near today's Croatian capital Zagreb. The sounds of an explosion were heard. A bright meteor could be seen from a distance of up to 100 km. Two iron lumps, one weighing 39.8 kg and a smaller one weighing 9 kg, were recovered. Although there were numerous eyewitnesses and a number of reports of "stones falling from the sky", most scholars refused to believe in the extraterrestrial origin of meteorites.

Although the cosmic origin of meteorites could not yet be scientifically proven at that time, Emperor FranzI Stephan requested a report on this event from the episcopal consortium in Zagreb and had the piece of iron delivered to the Viennese court. The larger piece was first housed in the imperial treasury and then transferred to the imperial natural collection in 1778. The collecting of meteorites continued intensively. When the Natural History Museum Vienna was opened in 1889, the collection was considered not only the oldest but also the most extensive in the world.

To mark the 270th anniversary of the spectacular fall, two historical drawings, original works from the year 1751, and a large-format charcoal drawing of the Hraschina meteorite by the artist Florian Raditsch (*1987 in California) will be presented in the Meteorite Hall of the Natural History Museum Vienna.
In this temporary installation, which will be on display until 5 July 2021, the curator of the meteorite collection, Dr. Ludovic Ferrière, has set up the historical illustrations and descriptions of the bright meteor and the smoke trail left behind, as seen from the village of Szigetvár (southern Hungary). Parallel to this, in a virtuoso network of lines, Florian Raditsch explores in his charcoal drawing the shape and special surface features of the well-known Hraschina meteorite. The meteorite is enlarged to many times its actual dimension to emphasise its significance.

Recently, the Hraschina meteorite was captured in 3D and can be explored worldwide on sketchfab.com. Here you can also see some details that are not so easy to see on the original sample, such as the Widmanstätten structures.

Room 5 of the NHM Vienna is home to the world's largest meteorite show, around 1,100 meteorites, including 650 different ones, with 300 falls and 350 finds. It is constantly being expanded with samples of current meteorite cases.

Due to its significance for the history of the collection, the meteorite from Hraschina also found its way into the "Gesamtkunstwerk" and thus into the museum's furnishing programme. A total of 20 stucco figures in Hall IV (Edelstein Hall) by the Austrian sculptor Rudolf Weyr (1847-1914) were to represent "mountain spirits". Flanked by figures representing metals and bearing alchemical planetary symbols is a youth wearing a crown of stars. He holds a model of the meteorite of Hraschina in his hands. 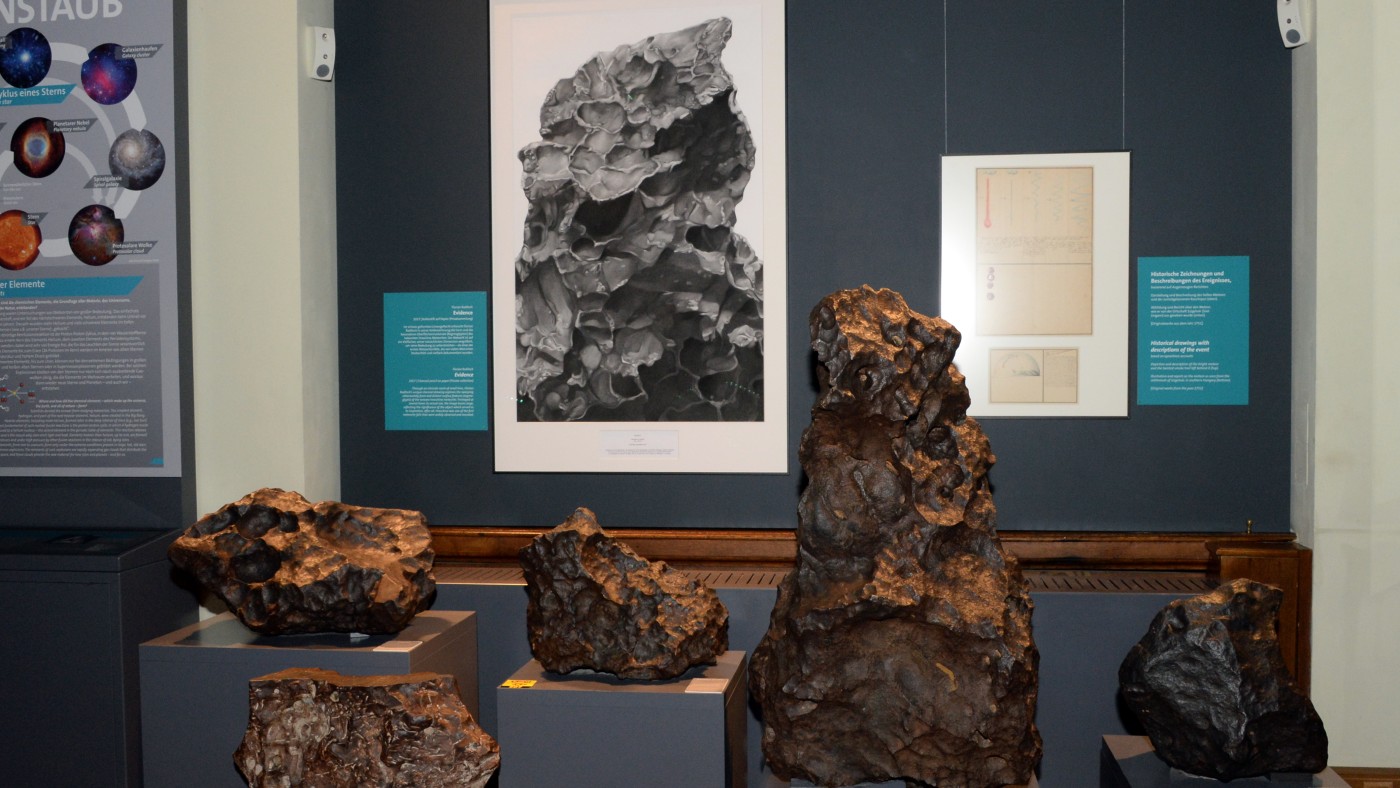 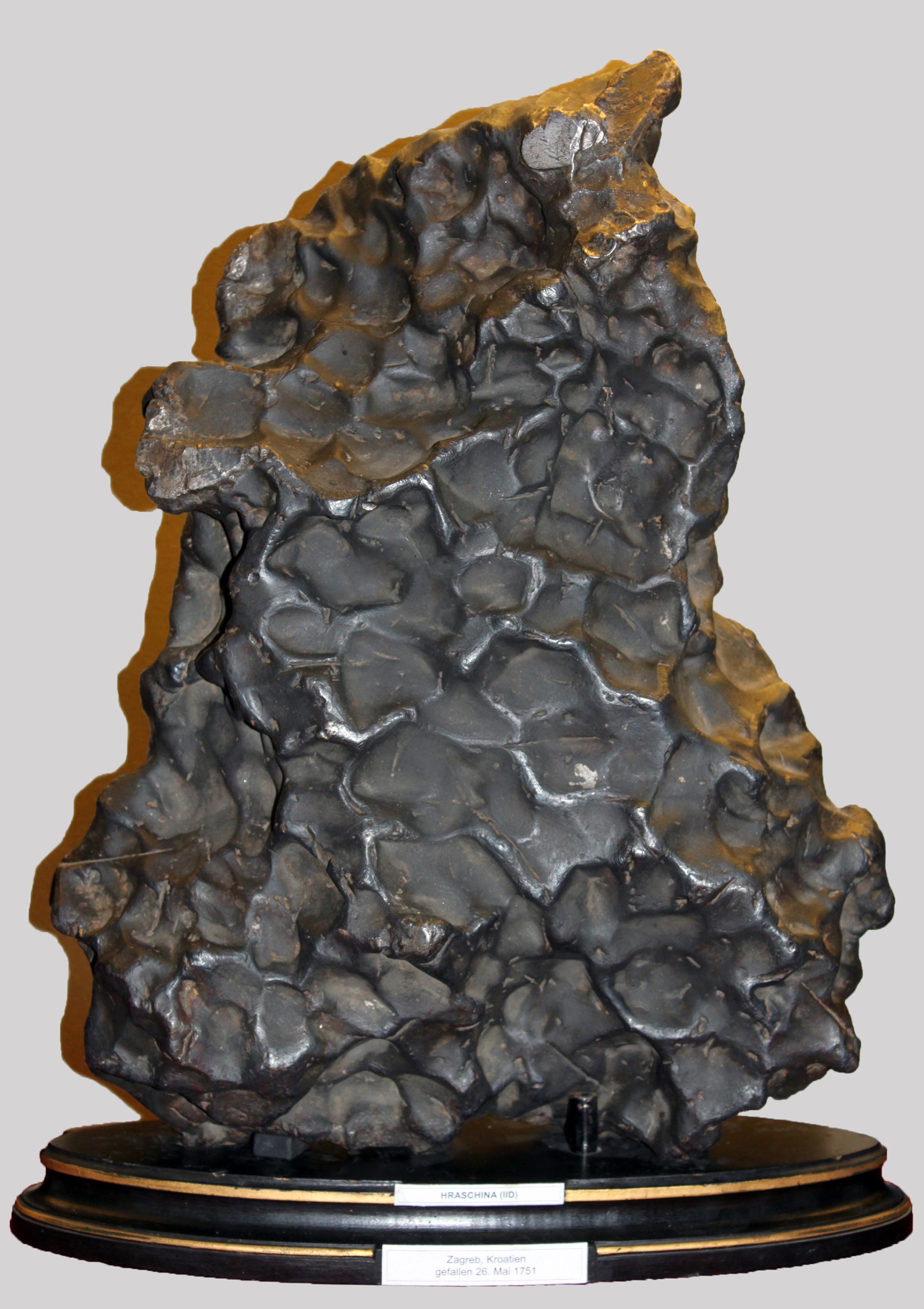 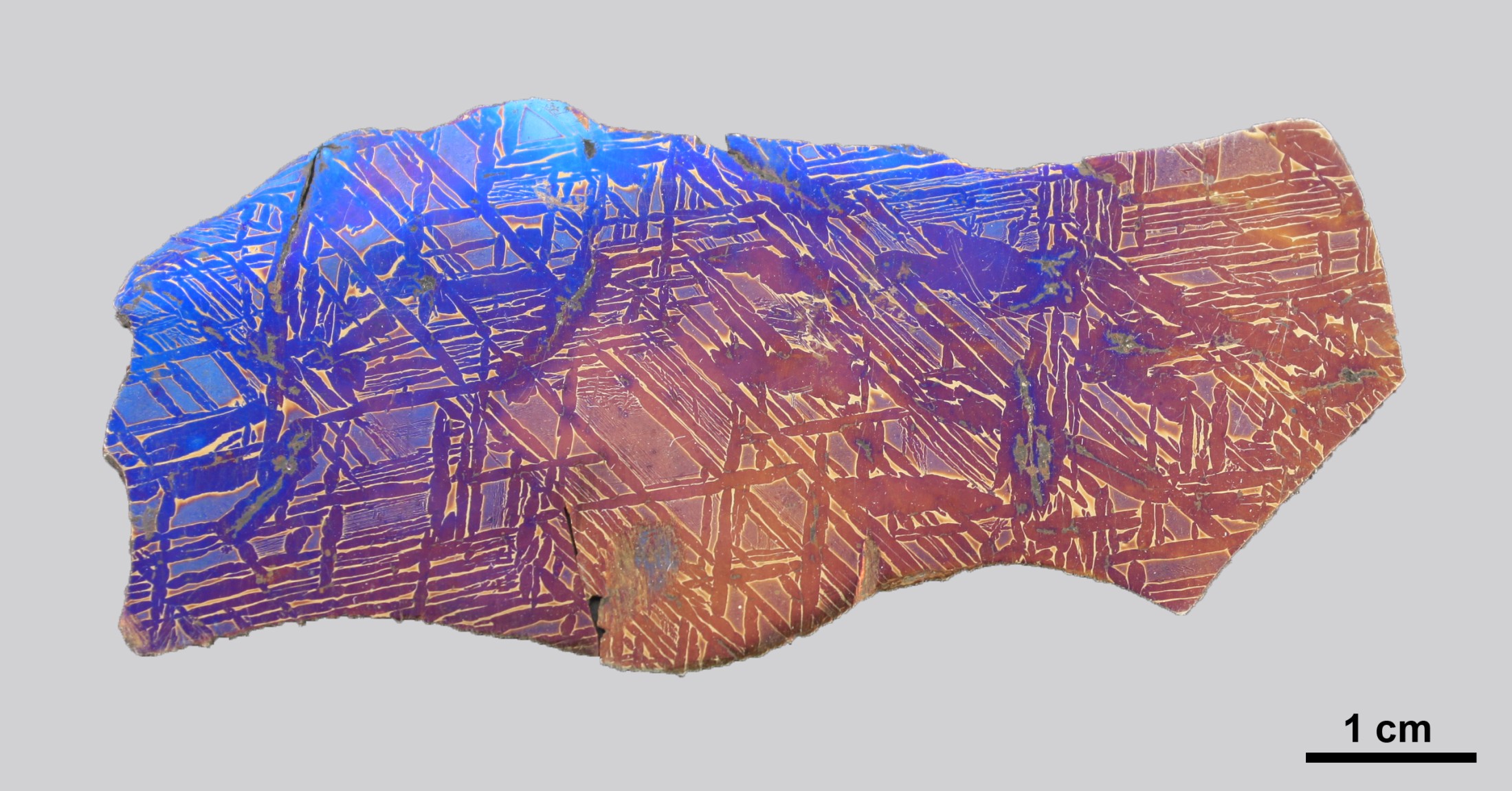 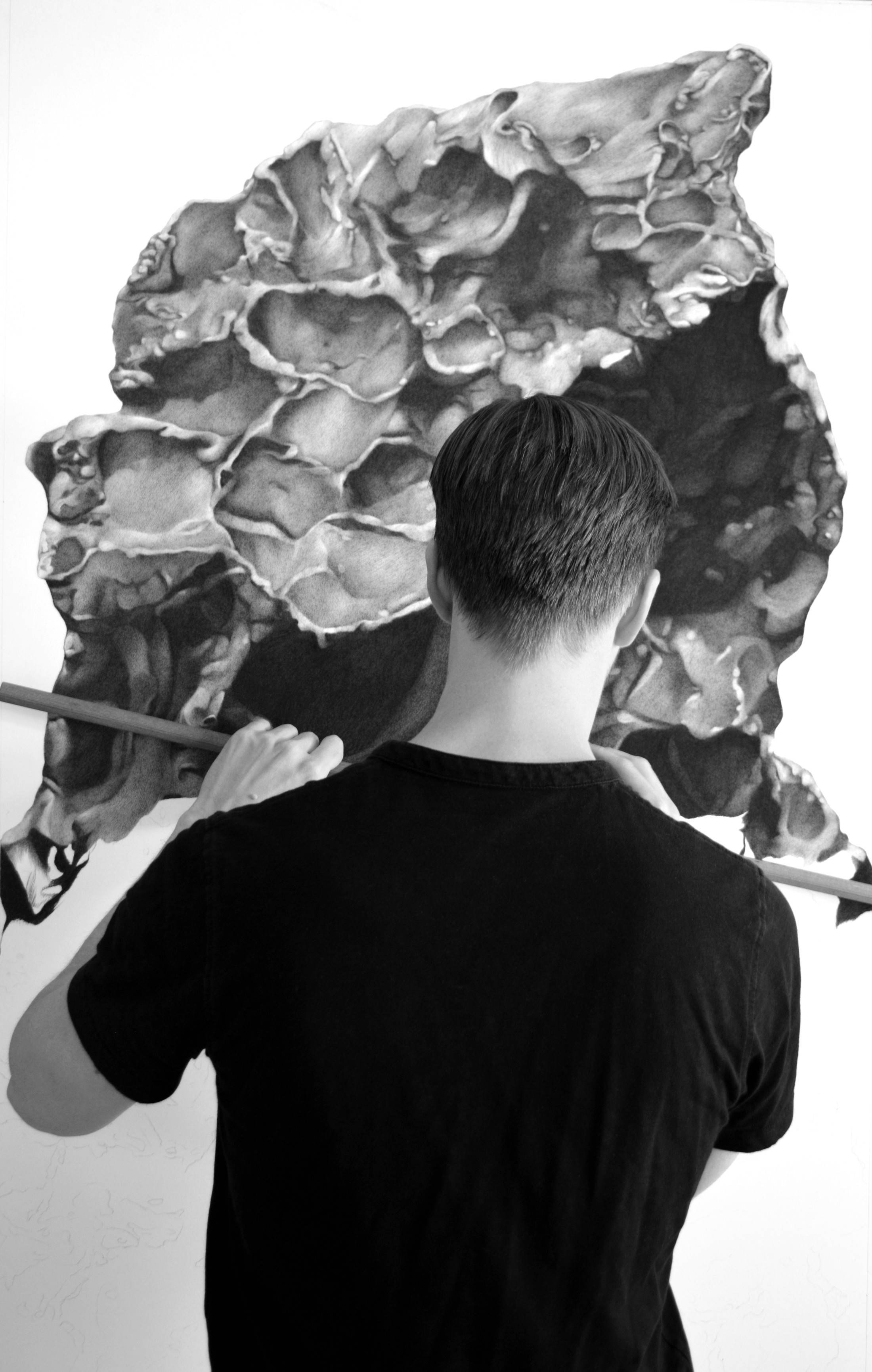 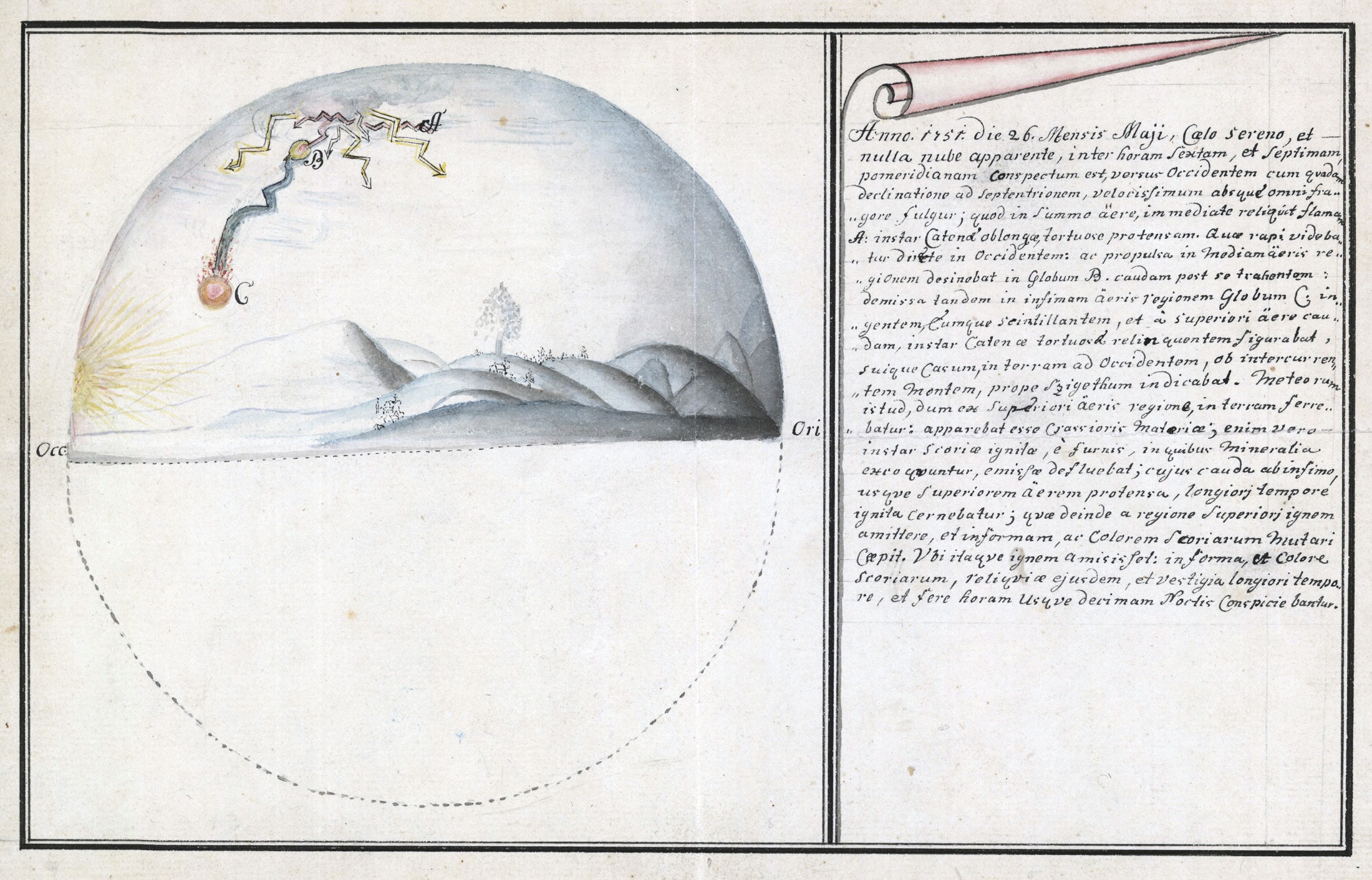