Press invitation: Landing of an extraordinary meteorite from the planet Mars at the Natural History Museum

On Friday, October 21st 2022, at 6.00 p.m. the NHM Vienna will receive a special donation: the Northwest Africa (NWA) 12323 meteorite, originating from the planet Mars. The rock was formed on Mars, then ejected from the planet by an impact event and landed on Earth in Northwest Africa as a meteorite weighing 447 grams.
The Natural History Museum Vienna and the Embassy of the Kingdom of the Netherlands in Austria invite journalists to the donation event on Friday, October 21st 2022, at 6.00 p.m. at the Deck 50 of the Natural History Museum Vienna.

Ben Hoefnagels, donor of the NWA 12323 meteorite & CEO of CityGIS

S.E. Aldrik Gierveld, Ambassador, Embassy of the Kingdom of the Netherlands to the Republic of Austria

Afterwards: Addition of the NWA 12323 meteorite specimen to the display (Meteorite Hall, hall 5).

At this occasion, the meteorite last found in Austria – the Kindberg meteorite – will also be displayed in the exhibition for the first time. Its fall had been observed on 19 November 2020.

The Northwest Africa 12323 meteorite is an extremely rare and precious type of meteorite originating from the planet Mars. The rock was formed on Mars, then ejected from the planet by an impact event, and finally survived its passage through the atmosphere and reached the surface of the Earth as a meteorite“, explains Dr. Ludovic Ferrière, curator of the meteorite collection. „It was later found as a single stone of 477 g in Northwest Africa, recognized to be an alien rock, and purchased by Ben Hoefnagels in 2018. Finally, it was classified by colleagues from the University of Washington (USA) as a shergottite.“ Shergottites are igneous rocks named after the first of its kind, the Shergotty meteorite, which fell in India in 1865.

Martian meteorites are so far the only rocks available from Mars that can be investigated in the laboratory on Earth, providing unique information on the mineralogy and geochemistry of the planet Mars, allowing scientists to improve our understanding of Mars’ geological history, its past climate, and the potential life that once may have existed there.

“I am particularly delighted that the NHM Vienna is given this unique specimen for its meteorite collection. We will ensure that it is made available for research by future generations of scientists with immediate effect,” said Dr. Katrin Vohland, Director General/CEO of the NHM Vienna.

“Given the price of these rare extraterrestrian rocks which are traded internationally at up to EUR 1,000 per gram, this is a unique opportunity for the NHM Vienna and a precious new arrival at our collection. We hope that in the near future this donation will motivate other generous individuals or companies to support the acquisition of meteorites for our collection and/or research activities devoted to them at the NHM Vienna,” the Director General concluded.

Dr. Ludovic Ferrière will present some preliminary research activities devoted to the NWA 12323 meteorite in his short introductory statement. 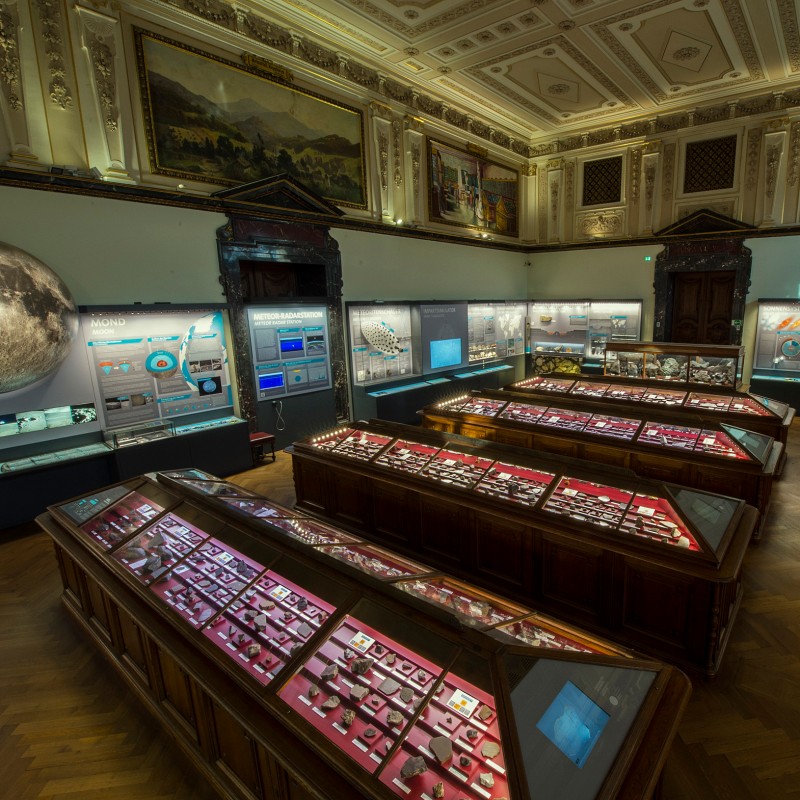 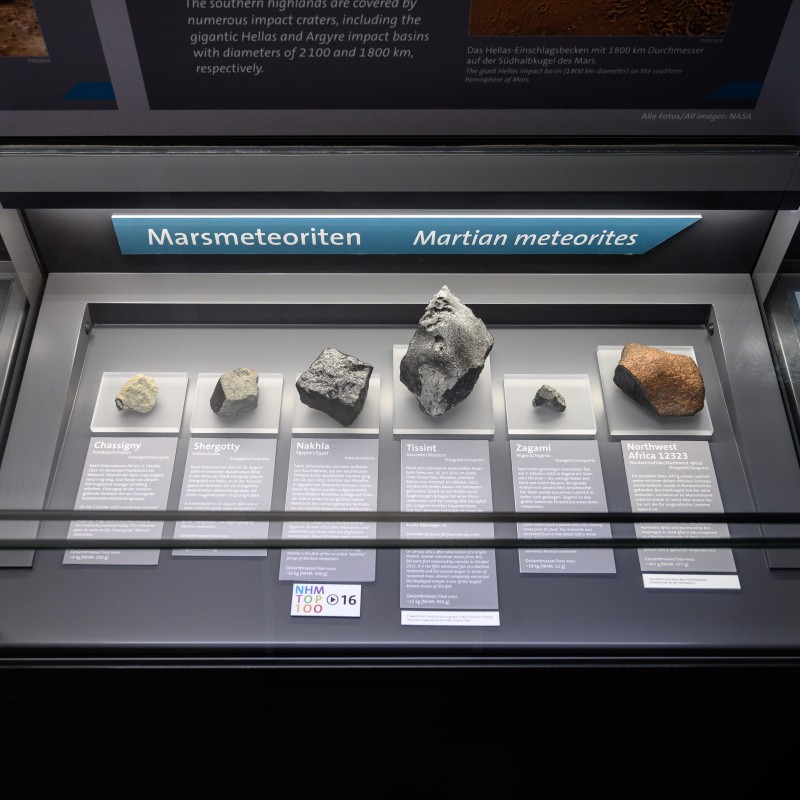 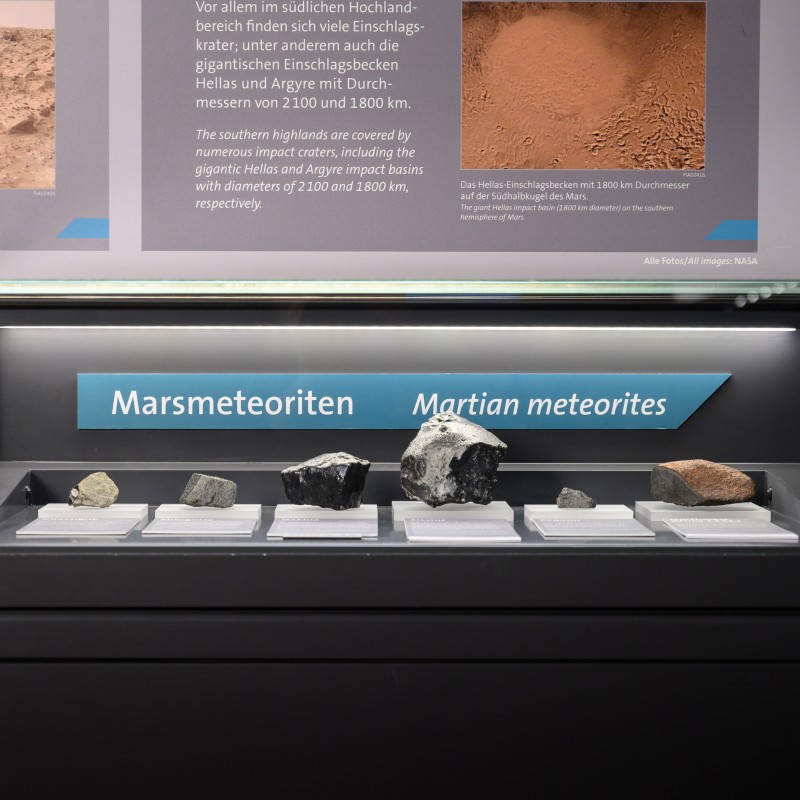 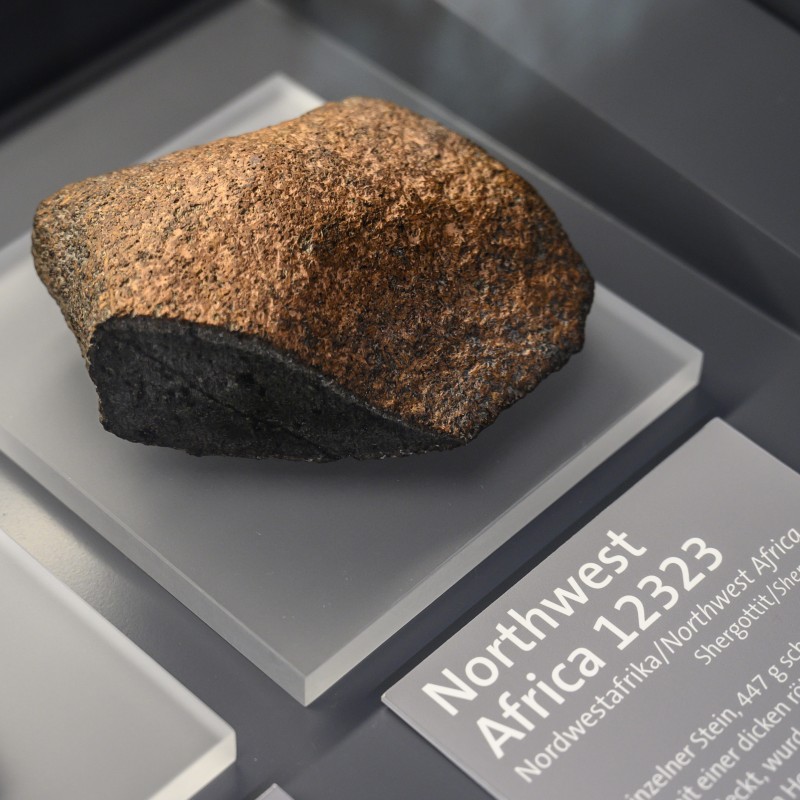 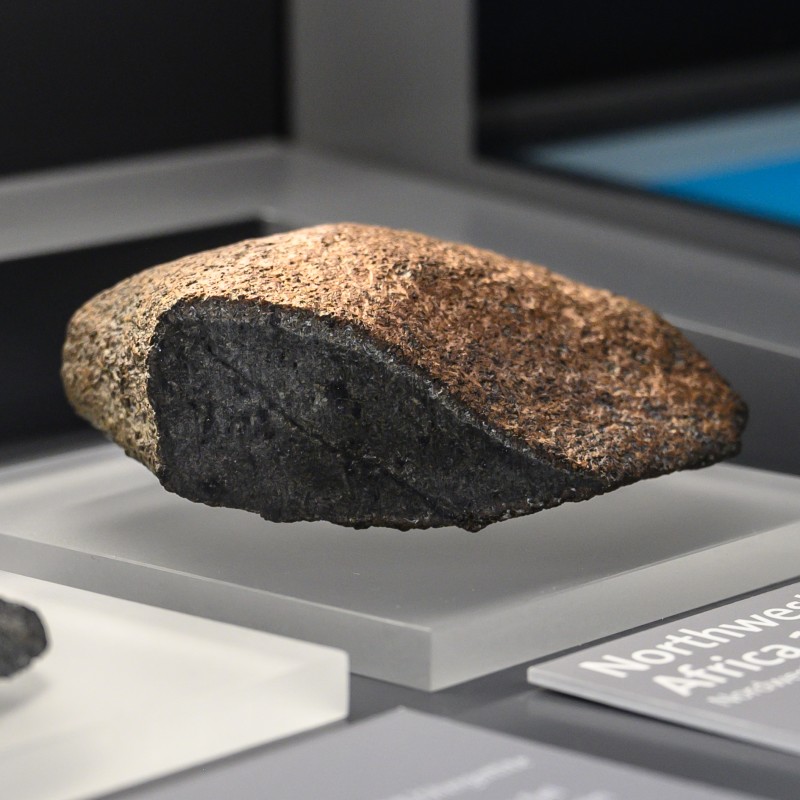 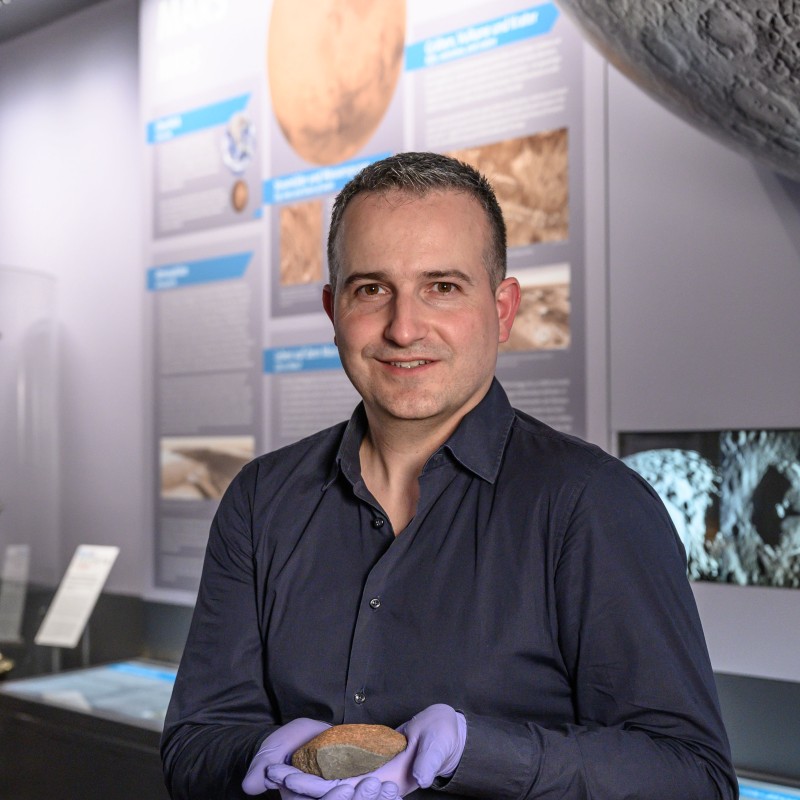 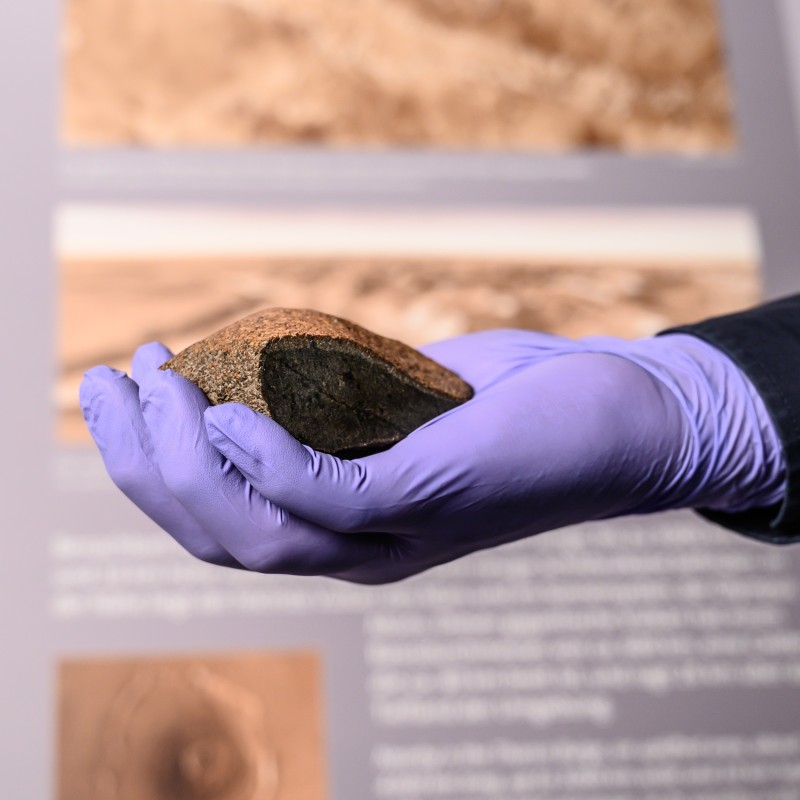