The Austria-wide initiative ABOL (Austrian Barcode Of Life, www.abol.ac.at) is now entering its third phase. In light of the current biodiversity crisis, the availability of data on biodiversity has become hugely important. ABOL not only coordinates the recording of genetic data from animals, plants, and fungi in Austria using DNA barcoding but is also involved in European and global projects to document biodiversity. The Austrian Federal Ministry of Education, Science and Research has announced that it will continue to finance the NHM Vienna’s coordination of ABOL for the next three years.
Tackling the global biodiversity crisis is without a doubt one of the greatest challenges of our time. Each day new species are becoming extinct – something which often goes unnoticed by all but a few experts. Indeed, some species die out before they have even been discovered. Many species are insufficiently documented when it comes to population size and distribution. However, in order to be able to determine changes in biodiversity, comprehensive data networks are needed with widespread monitoring of large areas at short time intervals. One of the most important tools for closing existing data gaps as quickly as possible is DNA barcoding, which involves identifying species on the basis of their genetic sequences. It is similar to the process used to detect and identify various Covid-19 mutations.

Like the Covid 19 pandemic, today’s biodiversity crisis is a global problem with irreversible consequences that can only be tackled through shared action. That is why European and global initiatives are being formed to ensure that standardized and internationally comparable data are made available quickly and fully, thus making it possible to take measures to combat based on solid facts.

Global action needs strong national players. In Austria this comes in the form of the ABOL initiative, which since 2014 has been working to create a genetic inventory of the country’s biodiversity. Its goal, namely to collect and record the genetic makeup of at least 85 % of animals, plants, and fungi native to Austria, is ambitious. Compared with other European countries, Austria is home to a particularly rich biodiversity. Around 75,000 recognized species live here, though in reality nobody knows the precise number. When it comes to groups of organisms, especially those subject to little research, we still have a lot to learn.

Recording the genetic makeup of species using DNA barcoding makes is possible to create a "digital identification book" available to the public. This has practical applications in many areas. Which species can be found in a certain protected area? Which parasite has attacked these trees? What meat am I eating? Which herbs are in my tea? How clean is the water in a specific river or lake? To answer questions like these you must be able to identify species with a high level of accuracy. This is where DNA barcoding can be used in a variety of ways, including nature conservation, pharmaceutical and ecological research, pest control, and quality control in food production.

The Austrian Federal Ministry of Education, Science and Research has announced that it will continue to fund the ABOL project for another three years. ABOL is coordinated by the Natural History Museum Vienna, which is home to Austria's largest natural science collection.

A central element of the initiative, the coordination of ABOL drives data collection, quality assurance and networking between individual projects as well as bridging the gap between basic research and practical applications. More than 40 national partners – universities, museums, research institutions, associations, protected landscapes, DNA barcoding initiatives, etc. – are members of the ABOL network. The DNA barcode database is closely linked to the scientific collections held at natural history museums. The objects stored there guarantee reproducibility. ABOL thus strengthens these scientific collections and promotes their expansion by adding many new specimens collected by project partners on excursions into the field. The coordination team is also responsible for communicating the content and goals of the initiative and its scientific background to the general public.

The decision to extend the funding for the coordination of ABOL for a further three years means it will be possible to continue the “ABOL BioBlitzes” on the Biodiversity Days. These events bring together many experts making up a large proportion of society's overall knowledge about biodiversity.

Visitors to the Biodiversity Days learn about the principle of DNA barcoding and how it is used (https://www.abol.ac.at/abol-bioblitz-2021). The aim is to raise awareness about the importance of biodiversity and to strengthen networks within the biodiversity community.

The ABOL coordination at the NHM Vienna also builds bridges from the expertise of individuals working on national projects to Austria's participation in European and international biodiversity projects such as Bioscan (https://ibol.org/programs/bioscan/), Bioscan Europe (https://www.bioscaneurope.org/), and Lifeplan (https://www2.helsinki.fi/en/projects/lifeplan). Unfortunately, there is currently no overall funding for data collection within the ABOL project. This means uncovering the treasures of Austrian biodiversity depends on the commitment of many researchers who must seek funding for numerous sub-projects aimed at bringing them closer to their objective. 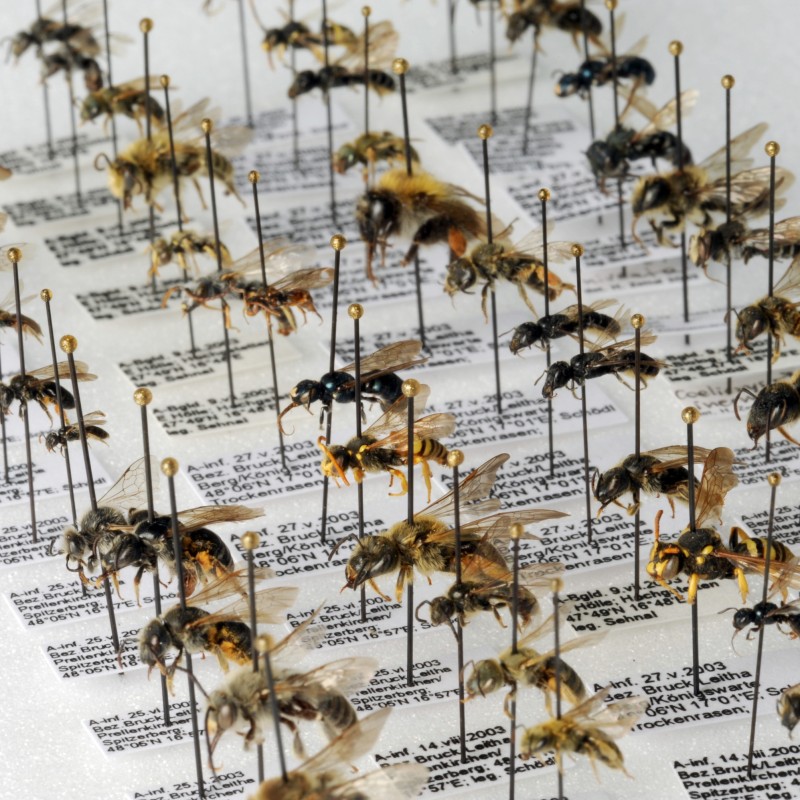