A European research team discovered a new high-pressure mineral called Donwilhelmsite [CaAl4Si2O11] in the lunar meteorite Oued Awlitis 001, which plays an important role in plate tectonic processes in the Earth's interior.
Not only the 382 kilograms of lunar rocks collected by robots during the US Apollo missions and the 301 grams collected by robots during the Soviet Luna space missions, but especially lunar meteorites provide important information on the formation and evolution of the Moon.
When impact craters form on the Moon, rocks are hurled from the Moon's surface into space, and a few of them later land on Earth as Moon meteorites. During these impacts extremely high temperatures and pressures occur, and melt pockets or veins of melt form in microscopic areas within the shocked lunar rock. These tiny melting zones are of great importance for research, because for a fraction of a second the pressure and temperature conditions that prevail in the Earth's interior occurred there. In these natural melting pots minerals are formed which are otherwise hidden inaccessibly in the earth's interior.

Minerals such as wadsleyite, ringwoodite and bridgmanite form large parts of the earth's mantle and were first synthesised by high-pressure experiments and later found as natural minerals in meteorites.
The new mineral Donwilhelmsite consists of calcium, aluminium, silicon and oxygen atoms and is therefore the first high-pressure mineral in meteorites with significance for terrestrial sediments, which were transported to great depths in so-called subduction zones.

Donwilhelmsite was found in tiny melting zones of the moon meteorite Oued Awlitis 001, which was discovered in 2014 in the Western Sahara and has chemical similarities to the rocks of our continents. Sediments of these continents are carried into the oceans by wind and rivers and are pulled down deep into the earth's mantle by plate tectonic processes together with the dense oceanic crust. From a depth of 460 to 700 km the minerals are transformed into denser minerals by high pressure and temperature conditions at this depth. This is also the case with the newly discovered Donwilhelmsite. In the Earth's rock cycle Donwilhelmsite is important for the transport of continental sediments through the transition zone of the Earth's mantle (460 to 700 km depth).

The new mineral Donwilhelmsit was reported today in the journal "American Mineralogist" by Jörg Fritz (from the Centre for Ries Crater and Impact Research Nördlingen, Germany) and colleagues from the Museum of Natural History Berlin, the Natural History Museum Vienna, the Institute of Physics of the Czech Academy of Sciences, the Helmholtz Centre GFZ Potsdam, the Natural History Museum Oslo, the University of Manchester and the German Aerospace Centre Berlin. This pan-European cooperation was necessary to obtain material from the Moon meteorite, to discover the new mineral, to understand its scientific importance and to determine the crystal structure of the tiny crystals, which are only a thousandth of a millimetre wide.
Mariana Klemantova used the technically sophisticated method of 3D electron scattering (3DED), together with a specially developed computer program, to decipher the crystal structure of an extraterrestrial mineral accurately for the first time. The new mineral was named after the American lunar explorer Don E. Wilhelms. He was involved in the Apollo missions that brought the first rocks from the moon to Earth.

The examined fragment of the meteorite Oued Awlitis 001 was purchased by the Natural History Museum Vienna in 2015 in the context of a crowdfunding campaign "Help us to get the moon!" organised by Ludovic Ferrière, the curator of the meteorite collection. Currently a 31.58 g piece of this meteorite is exhibited in the Meteorite Hall number 5 of the NHM Vienna.

Although about one hundred tons of extraterrestrial material reach our planet every day, only a tiny fraction makes it to the earth's surface as a meteorite. Accordingly, the stones are highly sought after by researchers and collectors alike. In the past the stones were only found when their fall was observed or when they were discovered by chance.
Although meteorites fall evenly all over the earth, there are places where they are found more often than others. While they weather quite quickly in our latitudes, they can survive for thousands of years in dry areas such as the North African deserts and in the ice of Antarctica. Here they are collected in such large numbers that they only get one number - in contrast to the usual names of the habitats. The exact rules for naming them have been established by the Meteoritical Society, an international professional society.

Many meteorites are stone witnesses of the early solar system - and of corresponding relevance for science. Such pieces, which could contain possible pre-forms of life, do not even come into commercial trade. Their virtual value is astronomical, but the price is indeterminable. The price range for material traded in real terms on the Internet, on stock exchanges or in auction houses is extremely high: anything from a few cents per gram to many hundreds of euros is possible. What is decisive is the rarity of a piece, but also its aesthetic appeal.

The main specimen of the meteorite Oued Awlitis 001 was acquired by a private collector. "It is difficult for the NHM Vienna to enlarge the world's largest display collection even further", emphasises Ludovic Ferrière, "but when the pieces go to private collectors, they are usually lost to science". 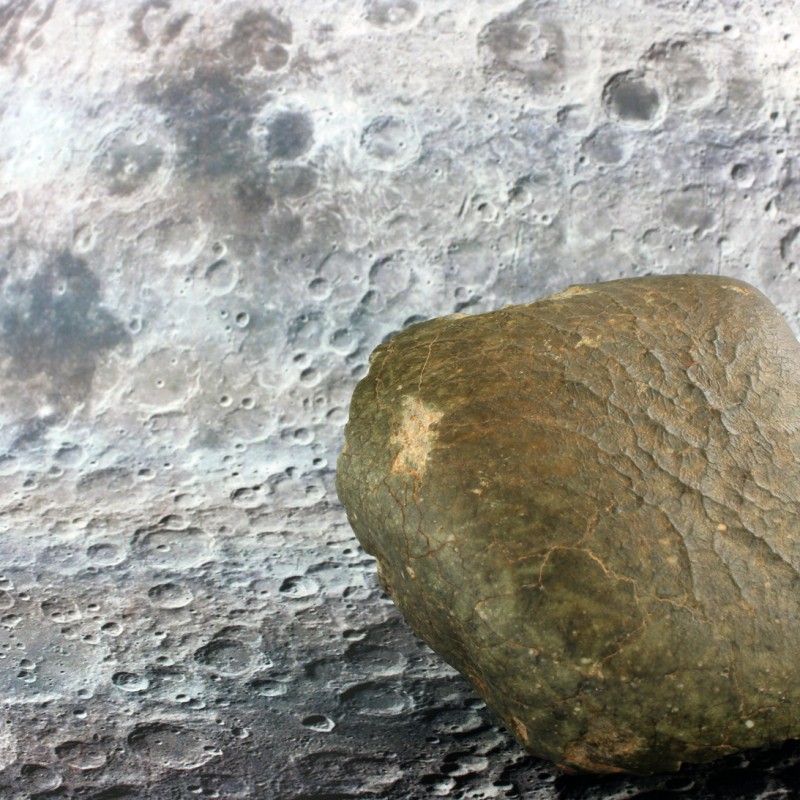 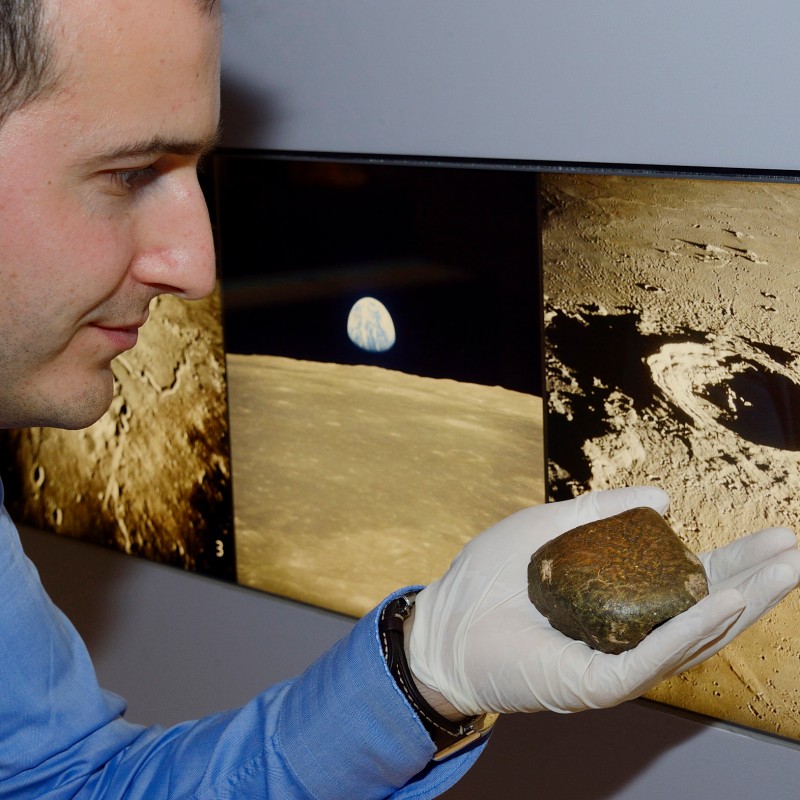 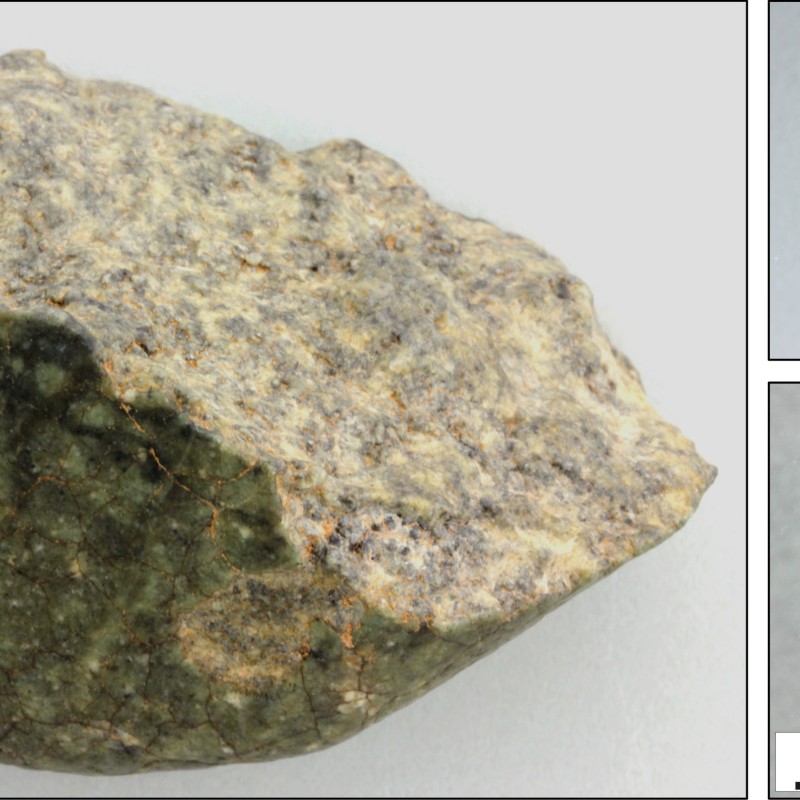 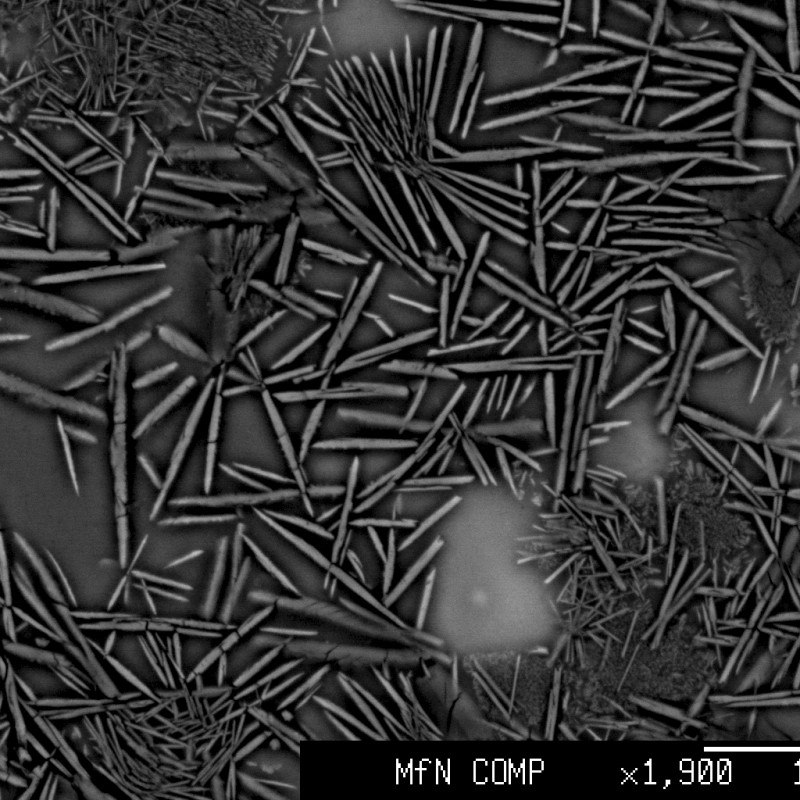