Medicine in the First World War

An exhibition in the Pathologic-anatomical Collection.
“Civilian” objects from the post-war period show just how destructive the long-term impact of war was on survivors. At the end of the exhibition “War – tracing an evolution” in the Natural History Museum Vienna there is a collection of prostheses serving as a reminder of the First World War in 1918. They were designed to make the lives of wounded soldiers easier and today form part of the Collection of anatomical pathology at the NHM Vienna.

The special exhibition “Medicine in the First World War” in the Fools Tower is a supplementary exhibit to the one in the main building of the NHM Vienna. Three newly renovated rooms show exhibits from the Collection of anatomical Pathology, depicting typical injuries from the First World War, the skills of Lorenz Böhler, and the beginnings of modern emergency surgery, as well as reconstructive techniques used in the 20th century.

The First World War was a conflict on a scale never seen before. This posed new challenges for medics and doctors. In order to teach young doctors during their training, specimens of the different injuries were kept in anatomical-pathological collections. These specimens provide an insight into the wide range of injuries doctors found themselves confronted with in the First World War. 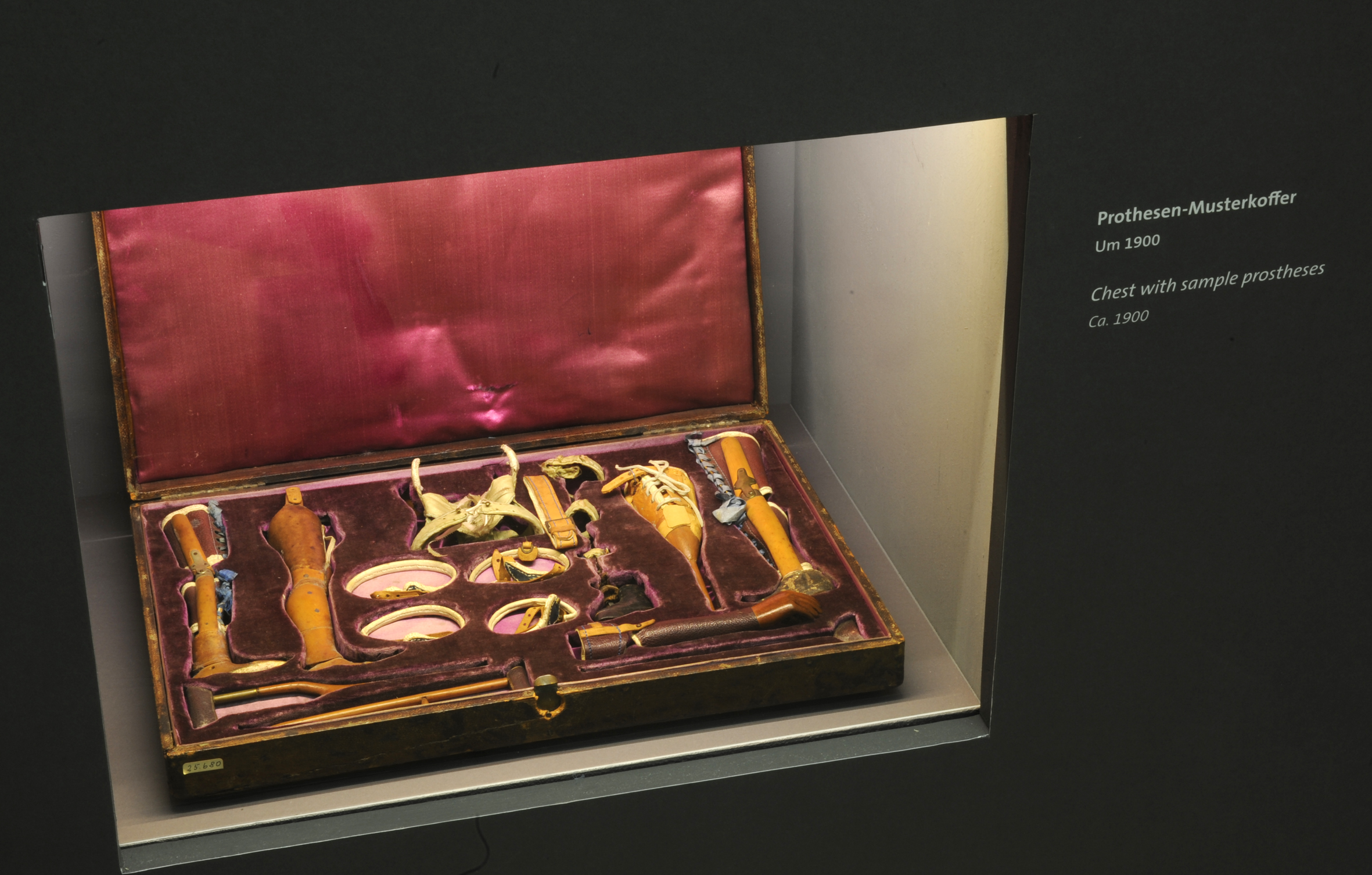