An installation/intervention in Hall 6 of the NHM Vienna.

Over the last twelve years, the artist duo Faivovich & Goldberg (Guillermo Faivovich, born 1977 and Nicolás Goldberg, born 1978), based in Buenos Aires (Argentina), have been pursuing a research project centered on the cultural impact of the Campo del Cielo meteorites that hit the remote plains of the Chaco region in northern Argentina some 4,000 years ago. One of these pure iron masses, known as Mesón de Fierro - the first meteorite to be reported from the Americas - was mentioned in 1576 by Spanish conquistadors who had been led to the impact site by members of indigenous tribes. Weighing about 15 tons, the meteorite had numerous visitors over the following 200 years, but then it mysteriously disappeared. Mesón de Fierro became a myth that attracted adventurers of all kinds; it gave rise to patriotic deeds, private undertakings, border disputes, and the setting of a statutory price level for meteorite sales. It was declared a museological miracle and also triggered expeditions that tried to find the legendary meteorite. The results were mixed but did not include any physical proof of its existence (although other meteorite masses belonging to the Campo group demonstrably exist).

Since their first excursion to the Campo del Cielo area in 2006, Faivovich & Goldberg have spent their time searching for this missing mass. When the artists realized that they would not necessarily find what they were seeking at the site of impact, they switched their efforts to another approach: they carried out extensive research in libraries, archives, and collections all over the world, looking for clues and traces that would shed light on the history of the mythical meteorite. In 2017, after years of countless adventures and many journeys, they finally discovered a 19-gram fragment in the meteorite collection of the NHM Vienna, which they were able to associate quite convincingly with Mesón de Fierro. In the context of this discovery, the exhibition will serve as a platform for the enigmatic earthbound life of the Mesón de Fierro. 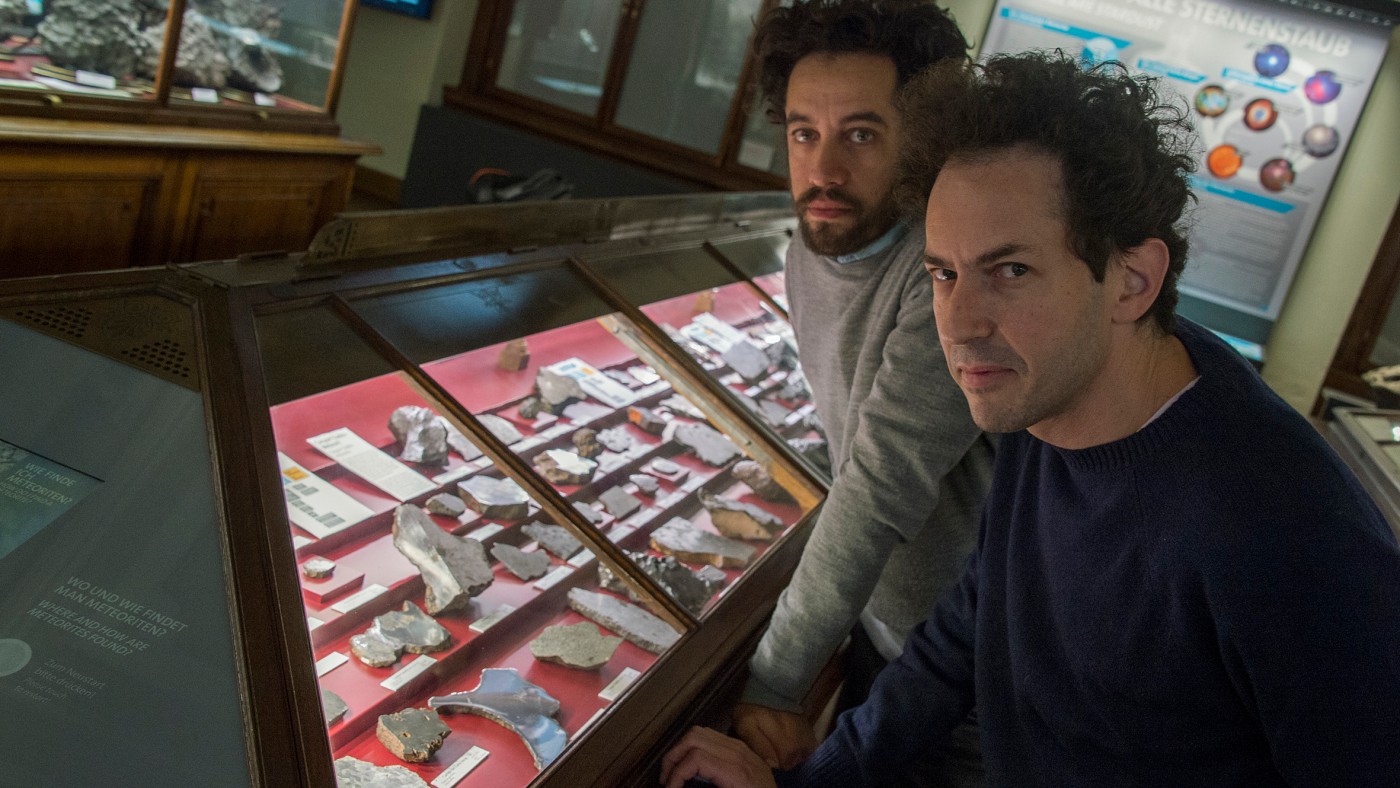