Special exhibition in the four cabinets and two exhibition halls.
Dinosaurs have been extinct for 66 million years, and yet we all “know” what these primeval giants looked like! But how were the images in our heads formed? Films like “Jurassic Park”, “King Kong”, and “The Land Before Time” have shaped our perception of dinosaurs. However, do they correspond to the state of research? And how have they changed over time?

The exhibition “KinoSaurier” (“CineSaurs”) answers these questions by taking the visitors on a journey through film history - from the first clumsy models of the 19th century to the agile, computer-animated dinosaurs of modern cinema. Between skeletons and life-size models, the major turning points in the scientific reconstruction of dinosaurs and the rapidly advancing development of trick technology are illustrated by numerous film sequences, posters, and works of paleo-art.

Thereby, it becomes obvious that three factors work together in the creation of the “CineSaurs”: the technical possibilities for special effects, the current state of research - and a huge amount of imagination.

What would dinosaurs look like today if they weren't extinct? Find the answer in the “KinoSaurier” exhibition as well!


Fantasy & science. The reawakening of the never seen.
In art or especially in movies, dinosaurus are "brought to life" again and again.
For example, many generations of children got to know the prehistoric earth and its pimeval inhabitants through the film Journey of the Beginning of Time  (1955), which where "revived" in this story thanks to the creativity of filmmaker Karel Zeman, in the sense of the Latin root for animation (lat. animare for to animate).

In science, on the other hand, paleo-artists help scientists with the visual "resurrection" of abstract bones in order to make prehistoric world of the dinosaurs tangible through reconstructions. Filmmakers repeatedly try to conjure up dinosaurs on the screen using the contemporary animation techniques of the time in order to make the barely imaginable visible and to present it visually in the most spectacular way possible using the means of animation technology. In this way, the film influences our image of dinosaurs. However, dinosaurs in all their diversity during the Earth's Middle Ages are very different from all living creatures today.

This and their enormous size meant that our idea of these extinct animals was oriented towards the current contemporary state of knowledge about their closet relatives living today - per example today's lizards. However, the science-community admited to itself that dinosaurs had been something different, something of which there are no directly comparable creatures today. 64 million years separet the last of the dinos from the first representative of our own evolutionary line.

Dinosaurs have been further developed in their pictorial representation primarly through constant research. In many cases through tracks, eggs, skin prints, feathers, stomach contents as well as new research technologies. The more data are available, the more detailed the visual apporximation becomes. Nevertheless, at the present stage, the animals cannot be fully mapped. Their reconstructed appearance is thus constantly subject to revision and adaptation and has even led to bird-like looking reconstructions for some predatory dinosaur lineages. Unfortunately, they give the creatures, so far associated with reptilianity, a rather undesirable, bird-like "softness", especially in film: a "chicken-like" T.rex scares no one! Therefore, filmmakers do not follow these insights, or only to a very limited extent.

The function of the dinosaur in films is mostly to understand it as a monster. Many monster films are about enormous animals being brought from their natural environment, usually an unexplored jungle or a deserted island, into civilisation. This usually doesn't work, and so there is a battle between elemental force and civilisation - which the monster usually loses in the end.

The opposite of this is seen in dinosaur films for young audiences like The Land Before Time (1988), in which dinosaur children have a great adventure. The big monsters were turned into cute dinos. This process of trivialising characters that were originally frightening comes from fairy tale research and is called "horror light". This includes dinosaurs, which are now staged as friendly companions or pets like the dog-like "Dino" in the well-known series The Flintstones (1960-1966).

All these stories are breathtaking and the magic of the prehistoric giants never fails to captivate people. However, no human has ever seen a living dinosaur. Nevertheless, through the findings of research, we bring them back to life with a little imagination.

As a part of the special exhibition "KinoSaurier" ("CineSaur"). Fiction & science", the newly prepared skeleton of a 210-million-year-old plateosaur will be presented for the first time. The skeleton was found in the community of Frick in the Swiss canton of Aargau and given to the Natural History Museum Vienna on permanent loan.

The rock blocks including bones arrived at the museum in boxes in 2019 and were uncovered, prepared and hardened under the finest manual labour - around 15,000 working hours. The "Viennese" specimen is thus 61 per cent complete. Missing and damaged bones, such as the skull, were scanned with structural light scanners and supplemented by 3D printing. Afterwards, separate mounts were forged for each individual bone - 310 in number.

You can see how the preparation, the construction of the skeleton and the exhibition went in our videos! 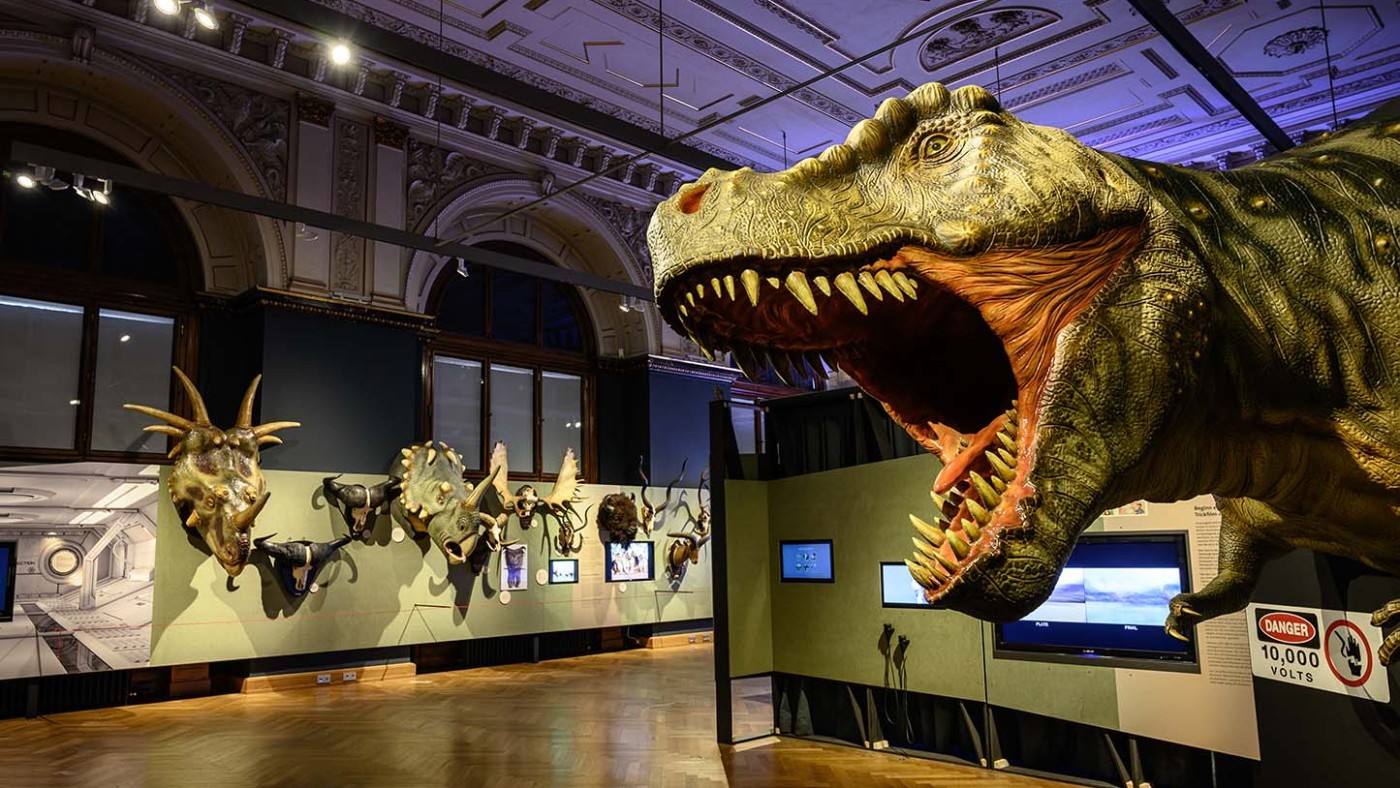 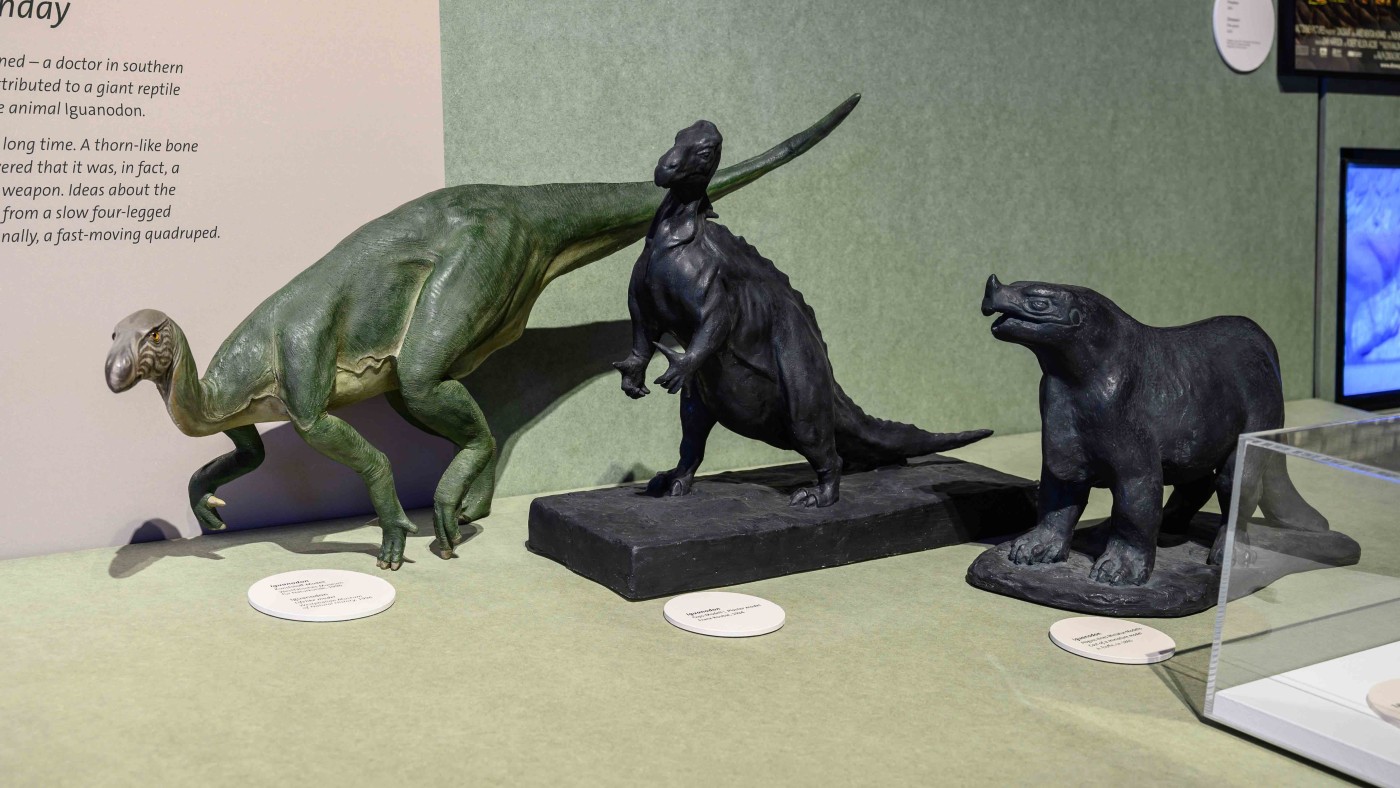 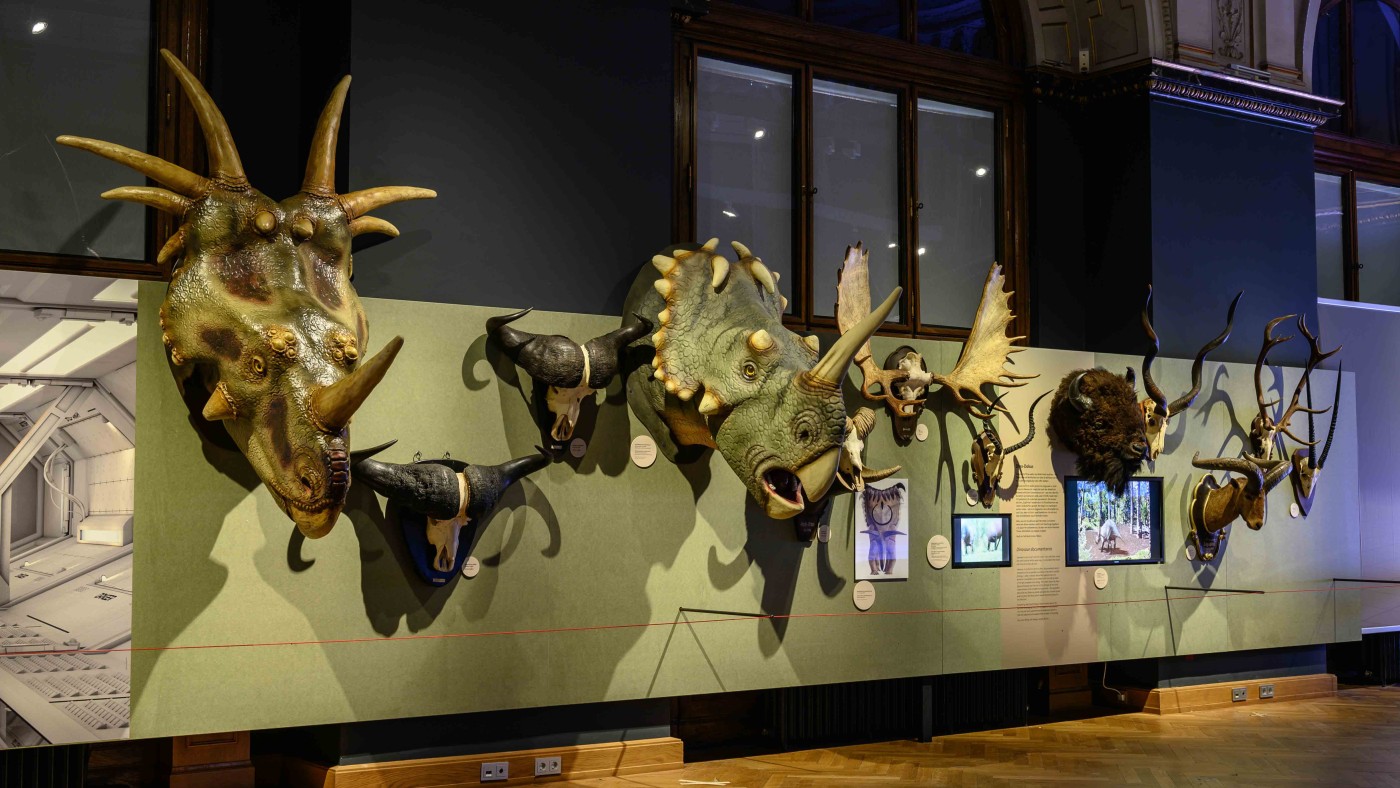 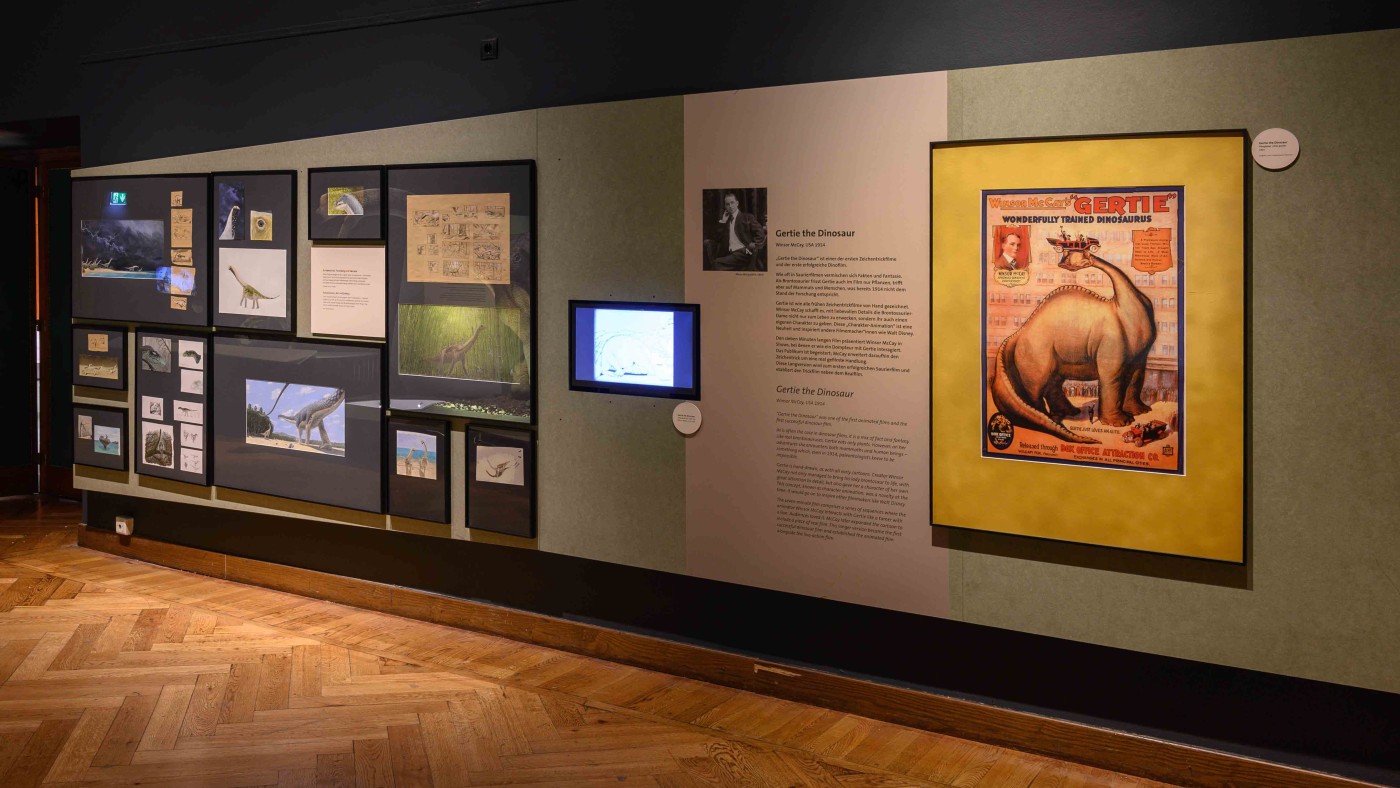 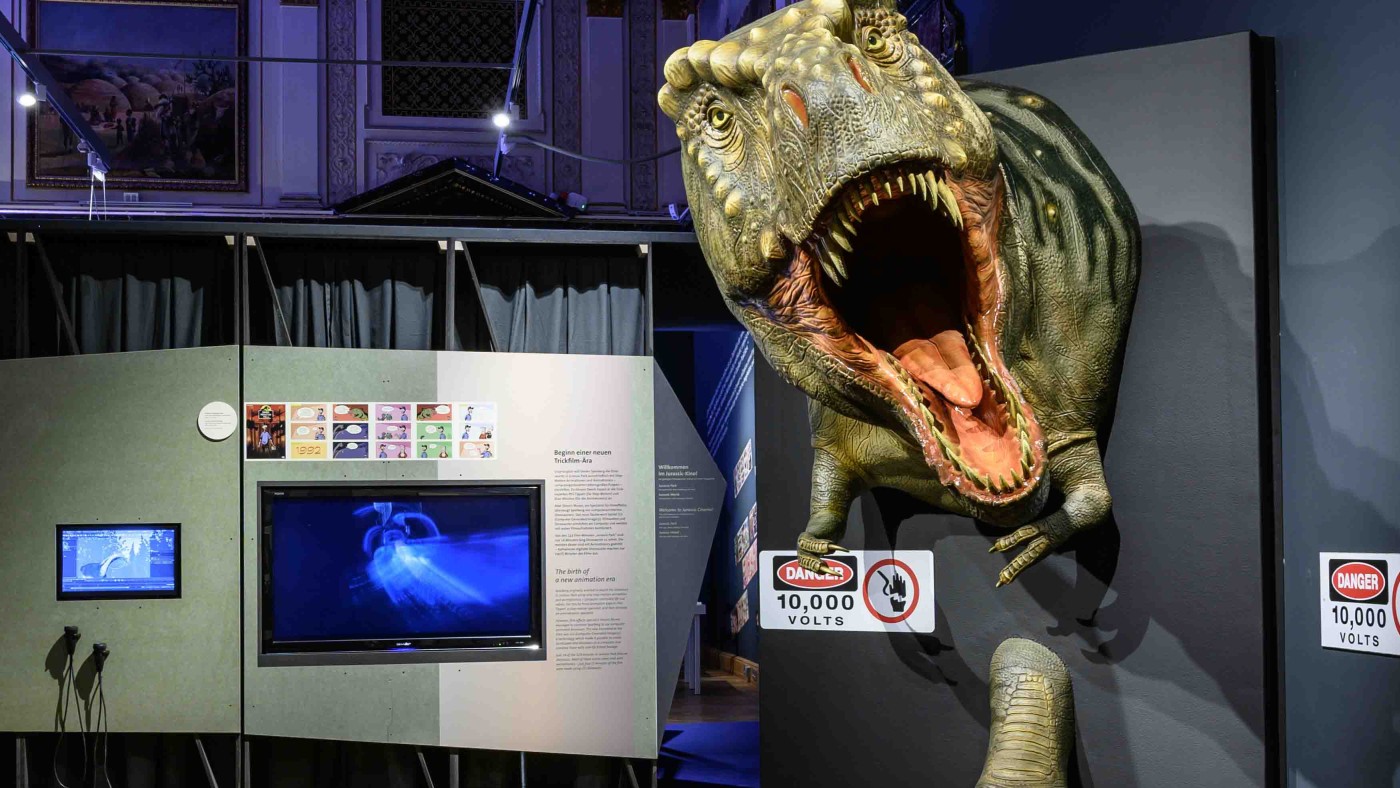 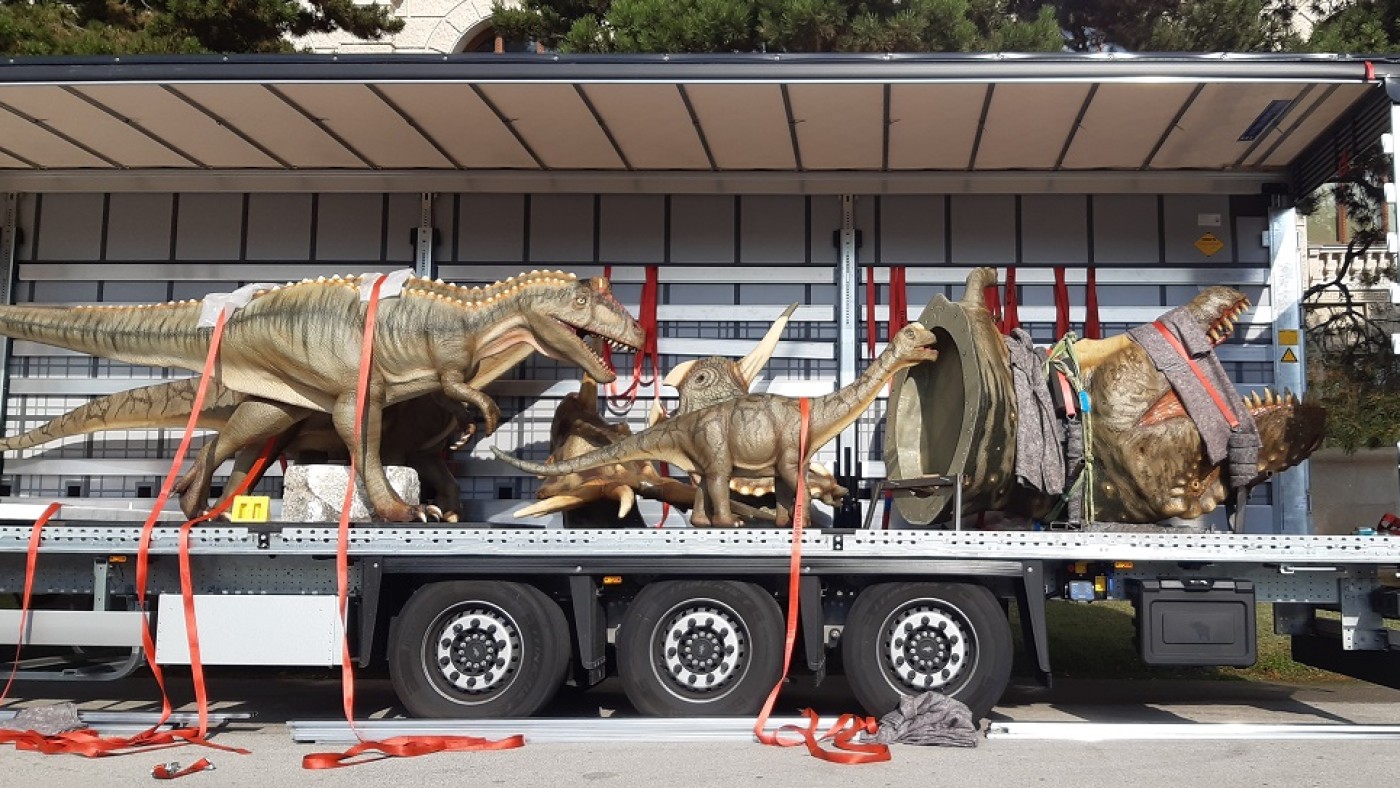 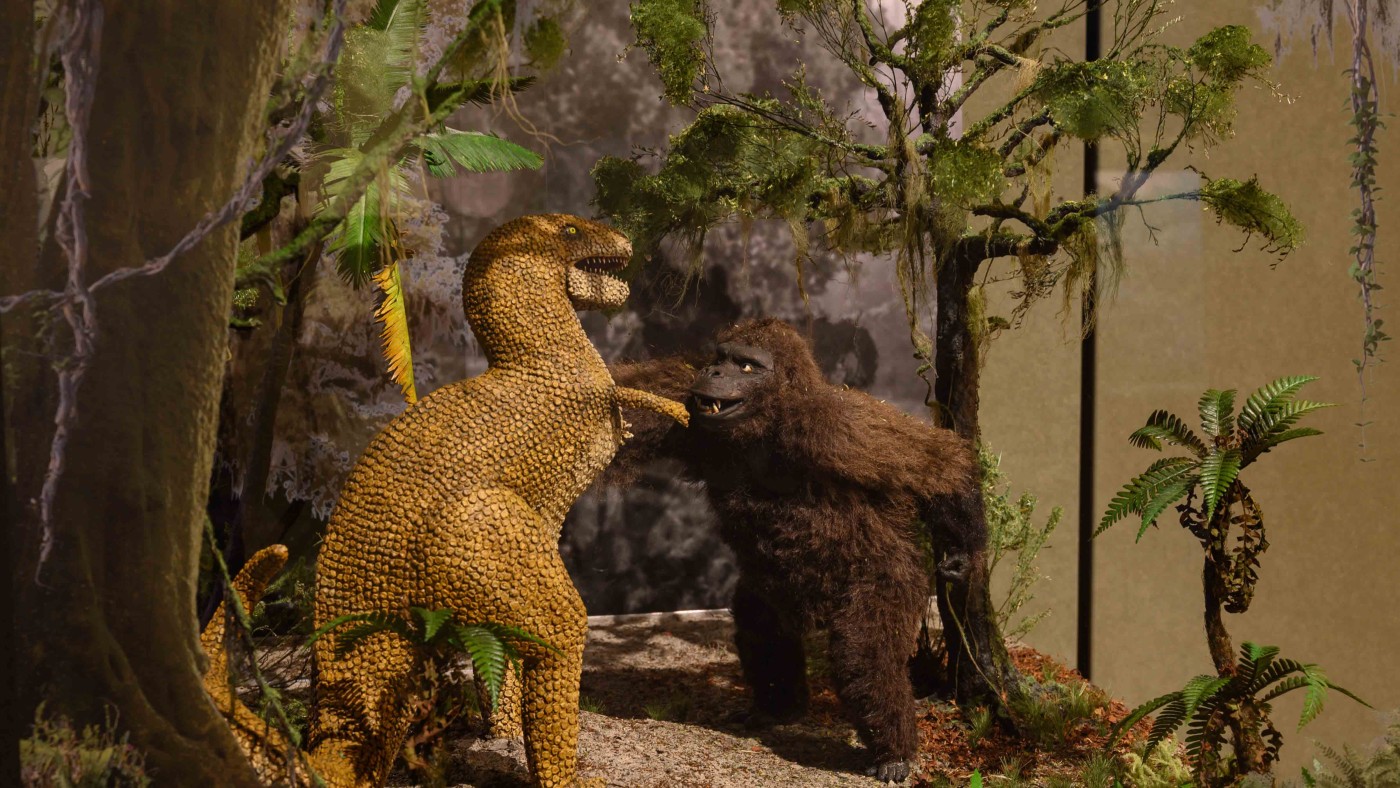 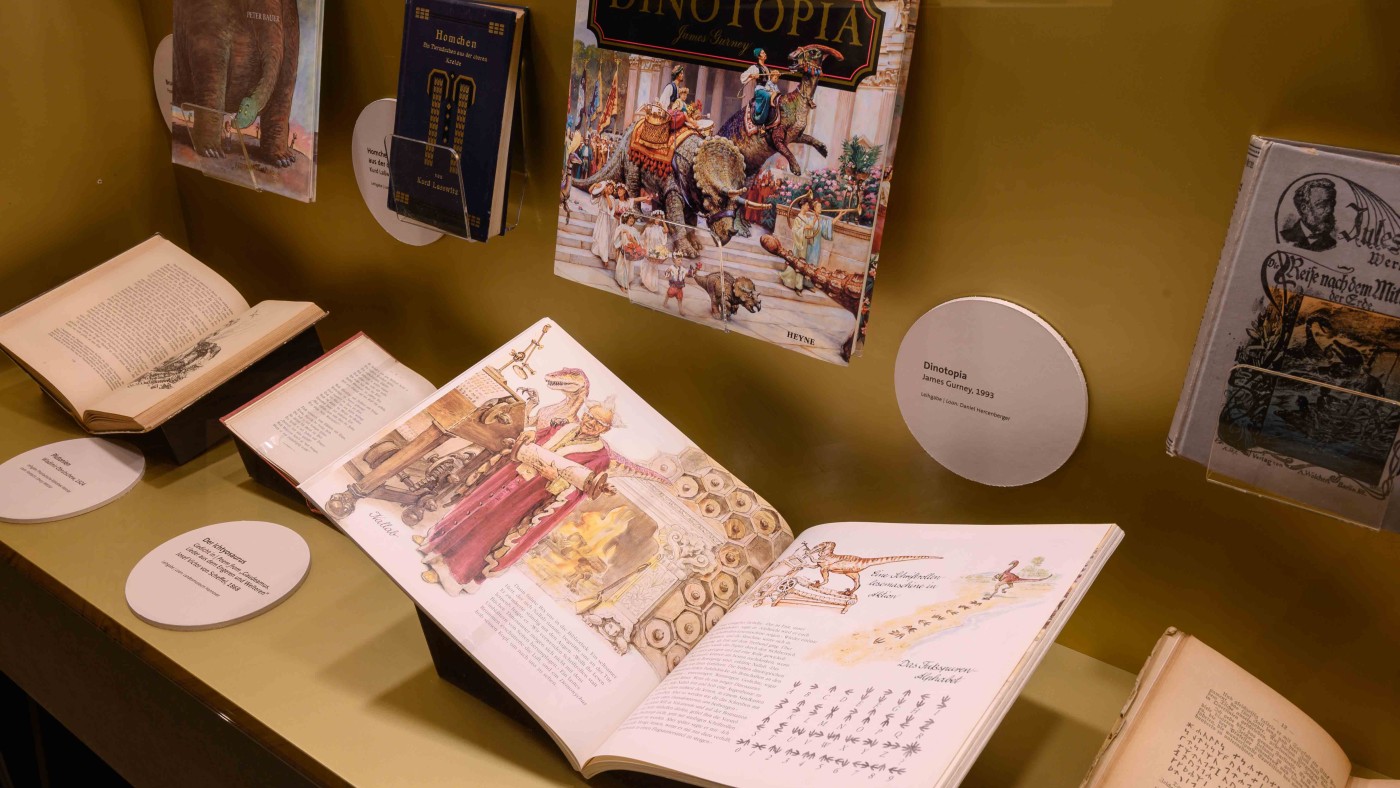 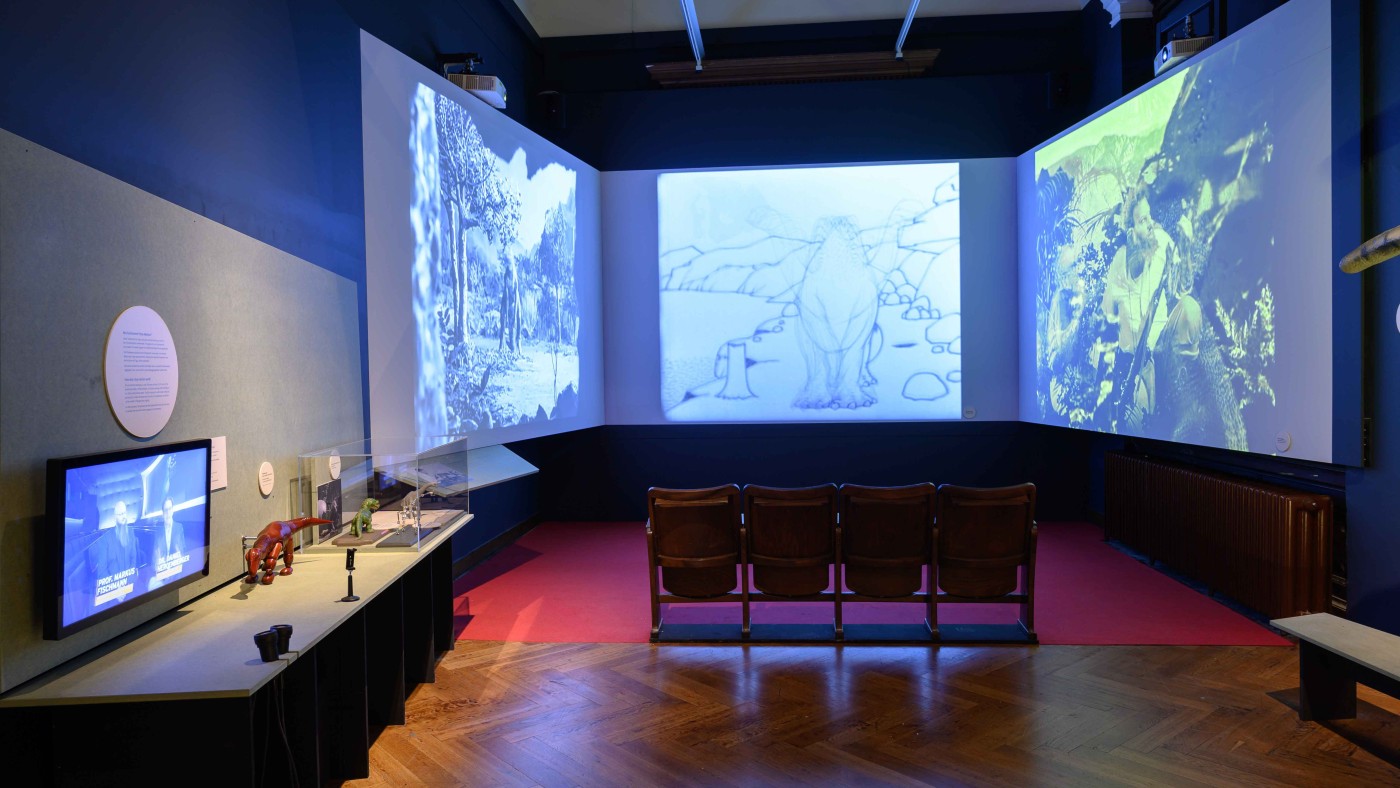 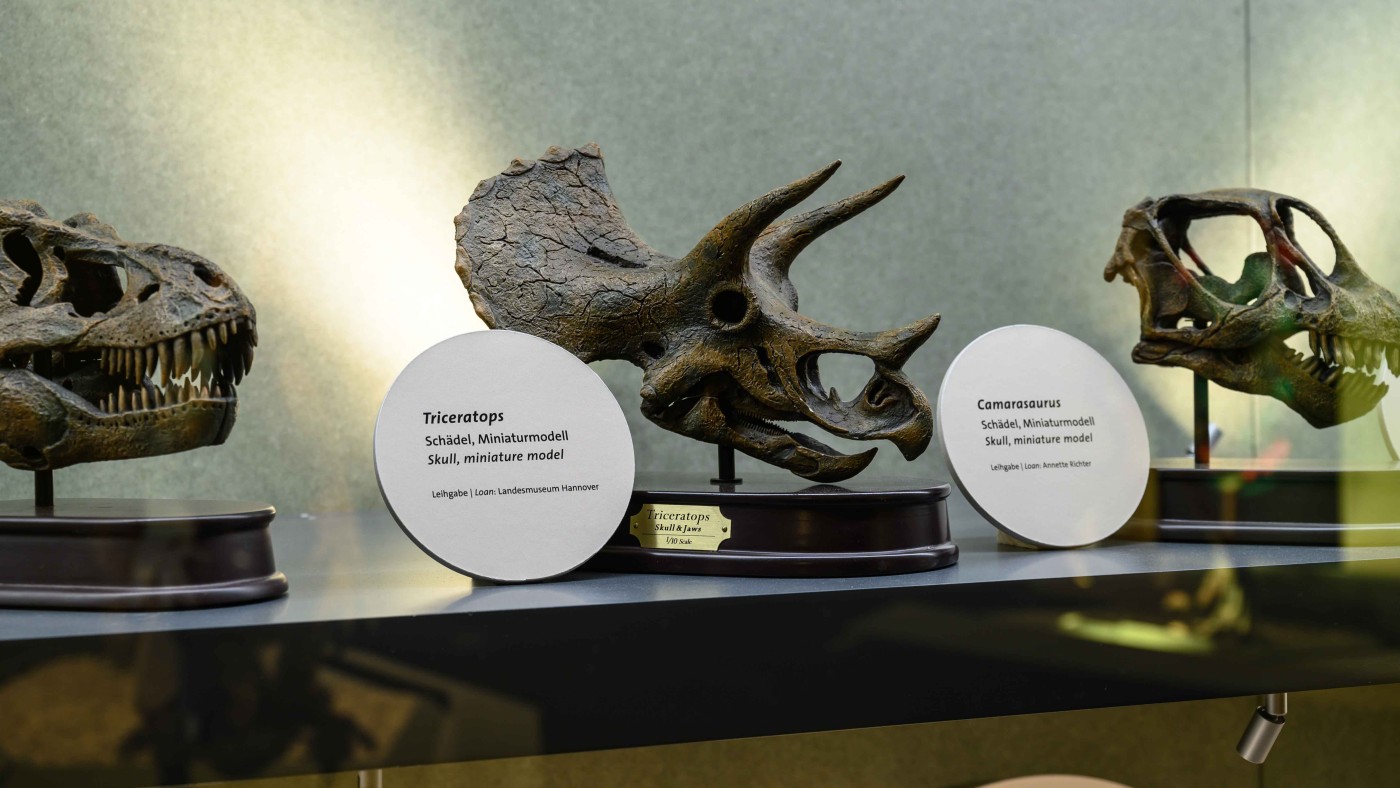 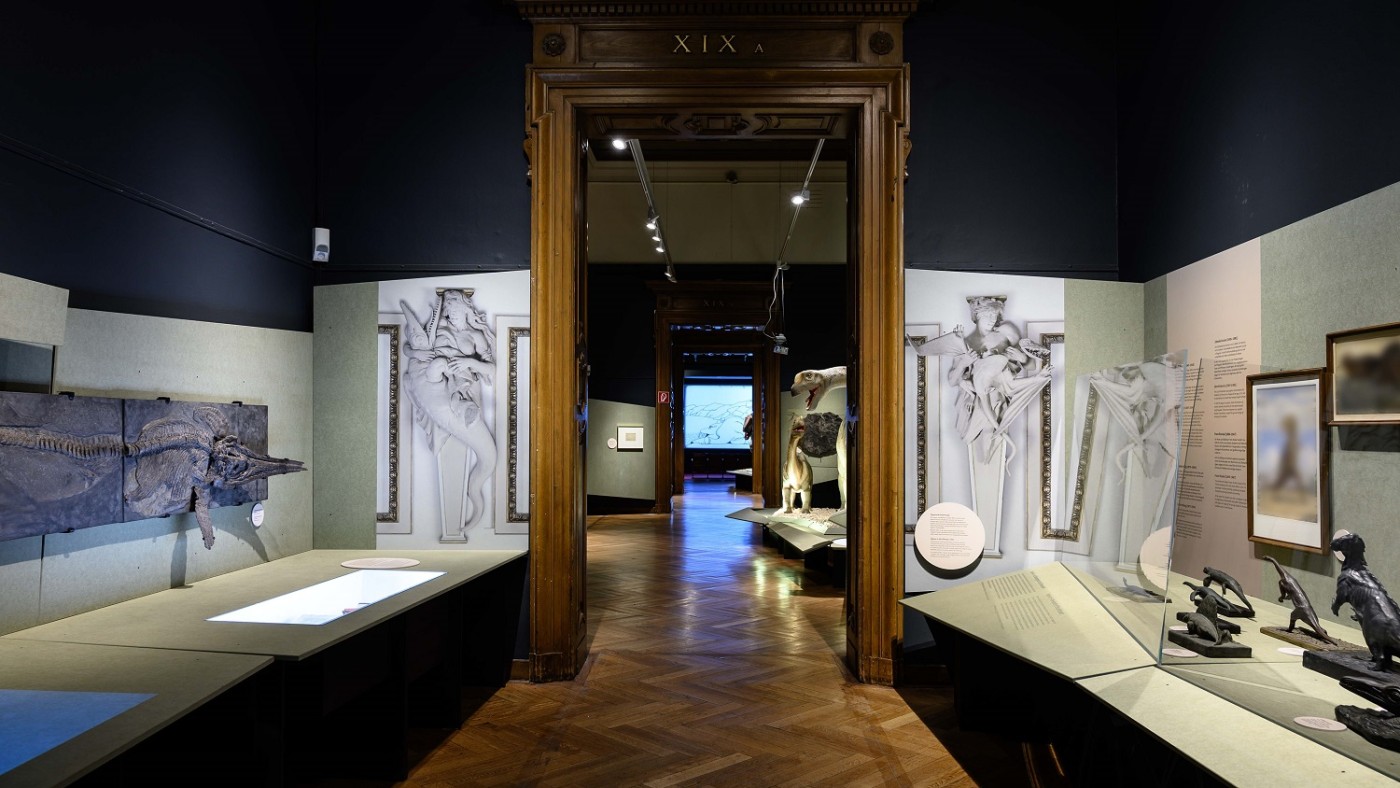 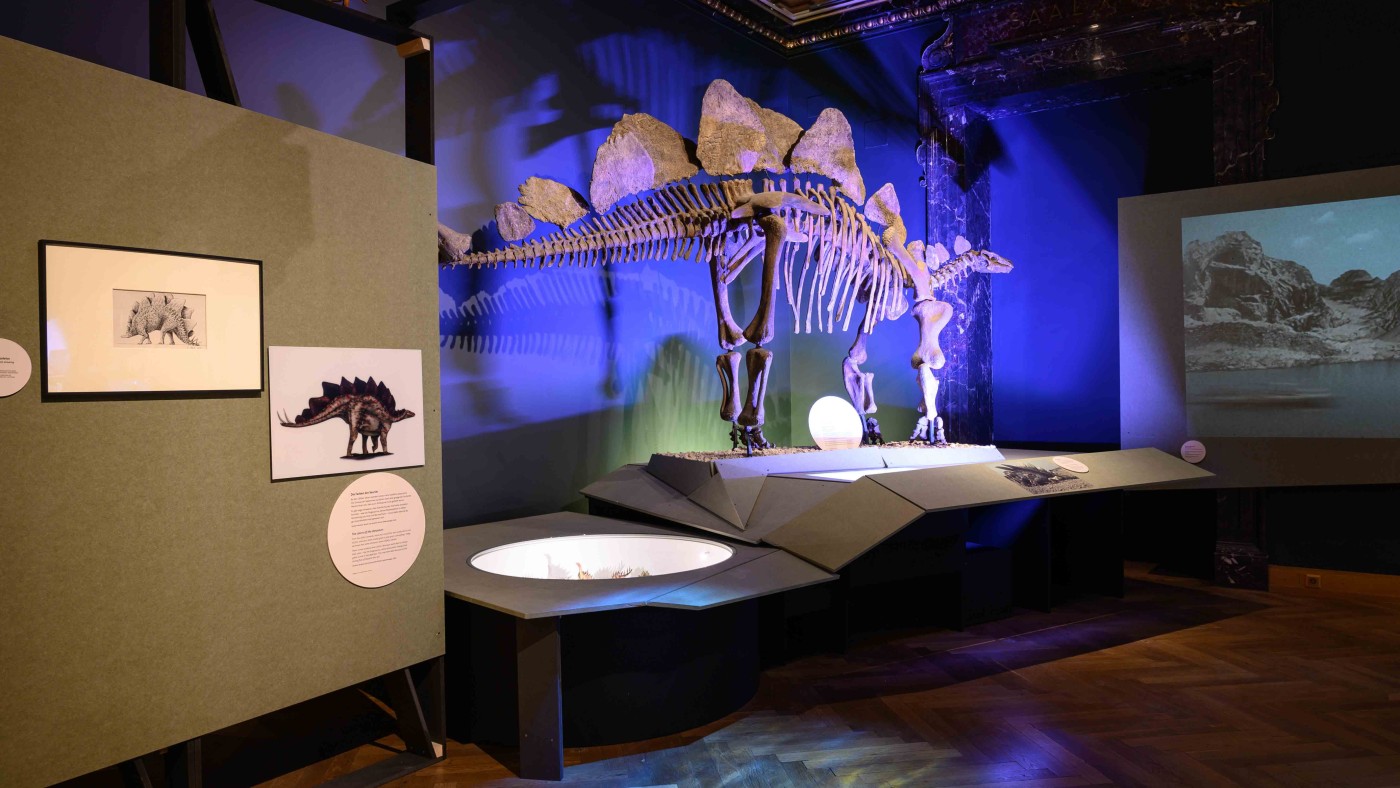 Lectures:
Valid admission ticket required.
Attendance at the lecture is free.
Please follow the legal requirements to protect yourself and us from covid disease:
www.nhm-wien.ac.at/information/coronavirus

Behind the scenes
Ticket: 8,00 Euro, plus entrance
THE GUIDED TOURS ARE IN GERMAN