Of the eight baobab tree species that exist worldwide, seven are native to Madagascar. Six of these ‘monkey-bread tree’ species are endemic, meaning that they can be found nowhere else. Several types of baobab trees are severely endangered.

Photographer Pascal Maitre has undertaken 27 journeys to Madagascar, into the magical world of the baobabs. His photographs are as unique as the trees themselves, which are considered holy by many Madagascans and are the subject of many myths and legends. The trunk of the baobab tree is resistant to fire; its leaves are used to make medicine. The fruit, which is known as ‘monkey bread’, is rich in vitamin C.  Baobab trees are able to store thousands of liters of water, which they use to survive during the dry season. This water is drunk and used for rituals by the local population. Midwives in Madagascar wash the mother and baby only with this water during births.

Old baobab trees are generally hollow and used by both humans and animals for shelter. Madagascans refer to an old baobab as ‘old grandmother’ because the bark on the trunk is covered with wrinkle-like grooves. Defying the test of time, baobabs are often the only living objects to be found in unforgiving landscapes.

The Tsimanampesotse National Park is home to Madagascar’s oldest baobab tree, an Adansonia rubrostipa. Using radiocarbon dating methods it has been estimated that the tree is around 1600 years old, which makes it the second-oldest baobab in the world. The oldest stands in South Africa and is 1800 years old.

At the heart of the exhibition is a baobab construction. With a diameter of around four meters, it can be directly accessed by visitors and enables them to understand the vast dimensions of these trees, which can grow up to 30 meters in height. The exhibition also provides lots of interesting information about baobabs and Madagascar.


PASCAL MAITRE is one of the best photographers in the world. He works for renowned magazines, such as GEO, Stern, Le Figaro, Paris Match, L’Express, and National Geographic, and his photographs have featured in numerous exhibitions around the globe.

Pascal Maitre’s work on Africa and Madagascar has given him the reputation of being the epitome of a color photographer. The deep-held love Maitre feels for the inhabitants of this continent has led him to spend many years photographing baobabs – those majestic trees which shape the island of Madagascar. This enchanting island country in the Indian Ocean, known as the ‘Noah’s Ark of Diversity’, is home to a huge range of plants and trees. The most eye-catching symbol of this rich flora is the baobab tree.

Pascal Maitre’s photographs capture the fascinating beauty of these unique and mythical trees.


Pascal Maitre on his time in Madagascar:
“That night I slept high up in this tree, between the sky and the earth. I awoke to find myself surrounded by thousands of stars and blossoming flowers. An unforgettable experience.”


Baobabs feature in many African sayings:
“He who wishes to move a baobab shall end up with a twisted arm.”
“The more bark you strip from a baobab, the thicker it becomes.”
“Science is like the trunk of a baobab: no man alone can embrace it.”
“The baobab is mighty, but its mother is only a seed.”

Children’s activities open to the general public
Baobab – The Magic Tree and the Animals of Madagascar
Visit the photo exhibition on baobab trees and help us search for Madagascan animals, such as aye-ayes, lemurs, and chameleons.

The Baobab Association will also be on hand to tell you all about how people live in Madagascar.

The exhibition introduces children to Madagascar and the baobab tree. They can listen to lemurs, smell spices, and marvel at items that come from the baobab. Afterwards they are invited to take part in a guided tour through the rest of the museum, looking at animals native to Madagascar.

The workshop concludes with the chance to make a bookmark in the shape of a baobab and to learn all about life on Madagascar with experts from the Baobab Association.

Activities for school groups
Baobab – The Magic Tree and the Animals of Madagascar
Action-packed guided tour for children aged 6 to 14 years. Duration: 1.5 hours.

Book on the exhibition
The photo book Baobab. The Magic Tree, published by Lois Lammerhuber, has 112 pages with 50 of Pascal Maitre’s most impressive baobab photos. 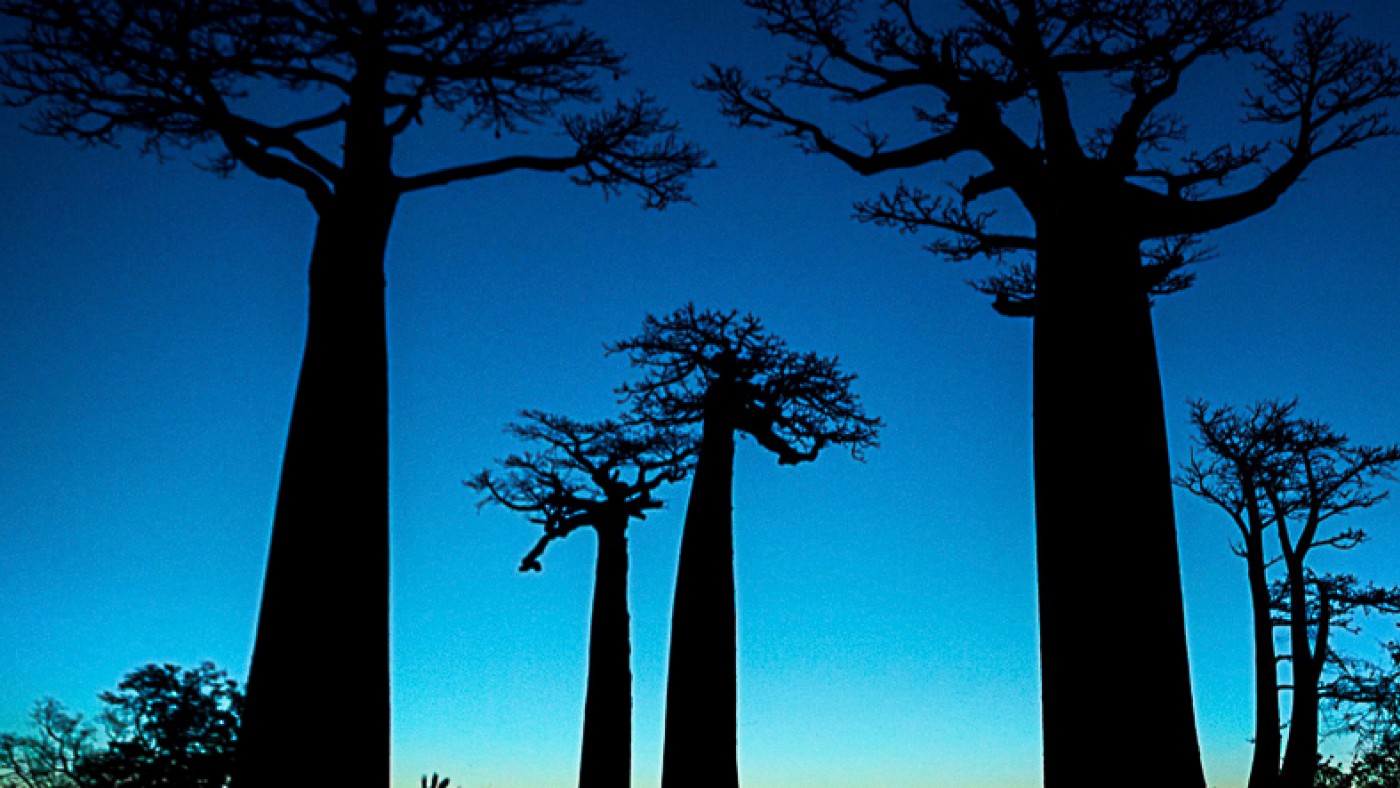