The famous baby mammoths “Khroma” and “Dima”, as well as fossils of dwarf mammoths that died out only 3700 years ago, will be on show in Austria for the first time.

The year 2014, in which the Natural History Museum Vienna is celebrating its 125th anniversary, draws to a close with a major autumn exhibition dedicated to an iconic animal of the Ice Age and the most famous extinct trunked animals in the world: mammoths.

Elephants that came in from the cold are a hot topic these days! Woolly mammoths once inhabited a huge area that stretched from Western Europe across Asia as far as North America. Today, mammoth bones, as well as also frozen mammoth remains and artefacts from Ice Age human civilizations, tell us much about how these animals lived and died. The contents of their stomachs even reveal the plants they ate and their preferred habitats. Over the centuries, discoveries of mammoth remains have provided the inspiration for fantastic ideas. During the Middle Ages, for example, it was thought that their bones were the bones of giants. Today the main question surrounding mammoths is why they died out. Did we as human beings contribute to their extinction? And will we, thanks to modern genetics, ever be able to bring them back to life?

The two main highlights of the exhibition are the first complete skeleton of a mammoth ever found (“Lensky Mammoth”) and the remains of baby mammoth “Khroma” preserved for thousands of years in the Siberian permafrost. Also on show for the first time in Austria will be the famous baby mammoth “Dima” as well as fossilized remains of mammoths that lived on Wrangel Island in Siberia until a time when the Great Pyramid of Giza in Egypt was already 1,000 years old. Further exhibits will include copies of the baby woolly mammoths “Ljuba” and “Mascha” as well as the mummified remains and body parts of other animals preserved in the ice, among them wolverine, horse, steppe bison, and rhinoceros.

Many of the objects on display are on loan from the Zoological Museum of the Russian Academy of Sciences in St Petersburg. The exhibition also includes finds from Vienna, giving visitors the chance to discover more about these animals that once roamed the region where the Austrian capital stands today.

Baby mammoth “Khroma”
The frozen remains of the baby female mammoth Khroma were found in the permafrost of North Yakutia, Siberia, in October 2008. Dating back 45,000 years and named after the nearby Khroma River, she was found standing upright, buried up to her shoulders in frozen soil. As the upper layers of the soil began to thaw and were eroded, parts of the body became exposed. By the time an expedition team arrived in May 2009 to excavate the remains, much of the body above the ground – including the head, trunk and shoulders – had been destroyed by predators, most likely ravens and Arctic foxes. The heart and lungs had also been destroyed. However, the lower part of the body was undamaged and has been kept in a frozen state ever since. Remnants of her mother’s milk were even found in Khroma’s stomach and intestines. DNA analyses and CT scans of the urogenital tract showed that Khroma was a female. These scans also revealed the cause of her death: Khroma’s mouth, nasal cavities, throat and windpipe are full of mud, indicating that this youngster suffocated after falling into a mud hole or becoming trapped under a mudslide. She was only around two months old when she died.

Khroma will be shown in a specially refrigerated display case as she has been kept in a frozen state since her discovery.

Baby mammoth “Dima”
In 1977 a bulldozer operator working in the gold-mining industry discovered the preserved remains of a young male mammoth in the Madagan region of Siberia. Dima, as he became known, was the first complete baby mammoth to be found and soon became a media sensation. He lived around 40,000 years ago and died at the age of six to twelve months. The mummified remains included all internal organs and the penis. Upon discovery there were some small areas of fur on the ears, the 58 cm trunk and parts of the body; however, following conservation work just a few hairs remained on the feet. When he was alive Dima would have stood around 90 cm tall and weighed around 110-115 kg; the dried out remains weigh only 61 kg.
There are several indications that Dima was not in the best of health when he died. A very thin layer of fat and empty small intestine show that he was most likely undernourished. He was also weakened by a severe parasite infection and a wound on his front leg. It is likely that he fell into a pit or a mud hole and became so exhausted that he was unable to free himself.
The stomach contained black mud as well as some of Dima’s own hair, which he most likely ate out of desperation.

“The Digital Planetarium is the ideal tool to visualize the topics showcased in the museum’s traditional exhibitions. Its exciting interactive shows bring the museum into the 21st century and address a new, younger generation of visitors in an age when learning has to be fast and exciting.”
Christian Köberl, Director General

Opened in 1889, the Natural History Museum Vienna is one of the most important natural science museums in the world. It is home to about 30 million collection items and in 2013 welcomed more than 750,000 visitors. Although the building itself was not opened until 1889, the collections it houses actually date back to the year 1750, when Holy Roman Emperor Francis I Stephan of Lorraine purchased what was at the time the world’s largest and most famous natural history collection from the Florentine renaissance scholar Johann von Baillou, thereby providing the foundations for the Imperial and Royal Court Cabinet of Natural Objects. Following Francis I Stephan’s untimely death, Maria Theresa handed the natural history collection over to the state in 1766 and made it available to the general public – thus, the first museum in the tradition of the Enlightenment was born.

While back in the 19th century imperial expeditions were sent out to explore little-known corners of the world, today it is modern scientific methods, such as DNA analysis or meteorite research, that are taking us into unknown worlds and the edges of our cosmos. The museum is home to world-famous and unique objects, such as the 25,000-year-old Venus of Willendorf, the Steller’s sea cow that became extinct over 200 years ago, and enormous dinosaur skeletons. Further highlights in the 39 exhibit halls include the world’s largest and oldest public collection of meteorites, including the spectacular new Tissint meteorite from Mars, as well as the new permanent anthropological exhibition on the origins and development of humans.

Ever since the museum’s opening 125 years ago, the main entrance has borne the Imperial inscription “To the realm of nature and its exploration” – to this day a motto for the NHM Vienna’s work and ideals. However, time does not stand still. That is why on the occasion of the museum’s 125th anniversary a new Digital Planetarium has been opened, featuring fulldome projection technology that will give new visitors the chance to embark on fascinating virtual journeys in stunning scientific detail to the edge of the Milky Way galaxy or Saturn’s rings. Following the redesign of the meteorite and anthropology halls, the opening of the Digital Planetarium is a further step along the path towards modernizing the museum.

The NHM Vienna, as a major institution for earth, biological, and human sciences, must in today’s modern media age make learning attractive. At the same time, it must strive to maintain the unique atmosphere of its historic building – itself a work of art. That is the reason why additional media and hands-on stations are used sparingly in the exhibition rooms.

The Digital Planetarium, equipped with state-of-the-art fulldome projection technology, represents a logical progression in the process of expanding and developing the museum and catapults the NHM Vienna from the 19th to the 21st century by making it possible to communicate key information about natural sciences using modern technology.

The Digital Planetarium, which seats 60 persons, comprises an inner dome with a diameter of  8.5 m and a larger sound-proof outer dome. Two high-definition 4k video projectors located at the edges of the dome can be controlled from a console equipped with interactive systems or using a tablet computer.

Saved in the internal databases of the Digital Planetarium software are high-definition models of all well-known astronomical objects (including, e.g.,  Earth, all planets of the solar system, satellites, asteroids, comets, exoplanets). This new technology opens up many visual opportunities not available with classic opto-mechanical projectors, giving visitors the chance to fly to the Moon, through Saturn’s rings, to far-off nebulas, exoplanets or even to the edge of the Milky Way – all in minute scientific detail.

A wide range of films is available in the new Digital Planetarium, ranging from live shows to fulldome mini-documentaries on topics such as astronomy, biology, pre-history, paleontology, the deep sea, etc. These diverse attractions are shown several times a day. 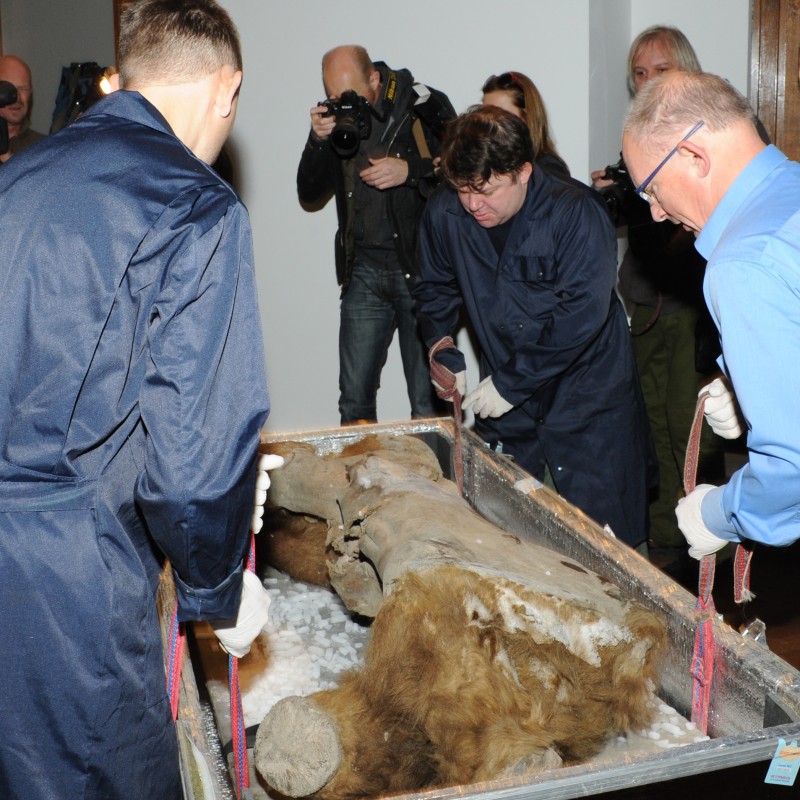 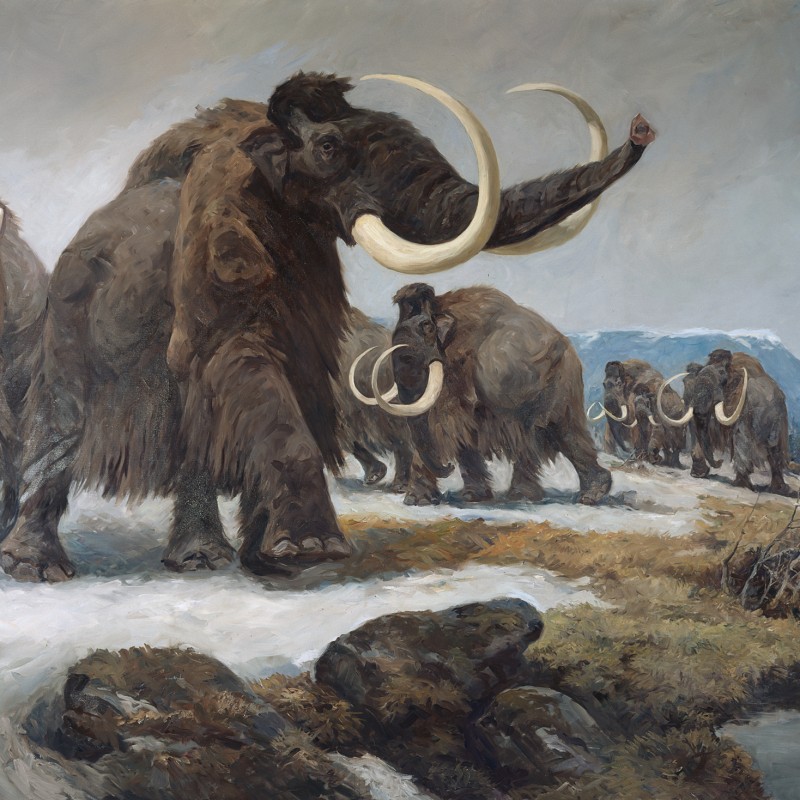 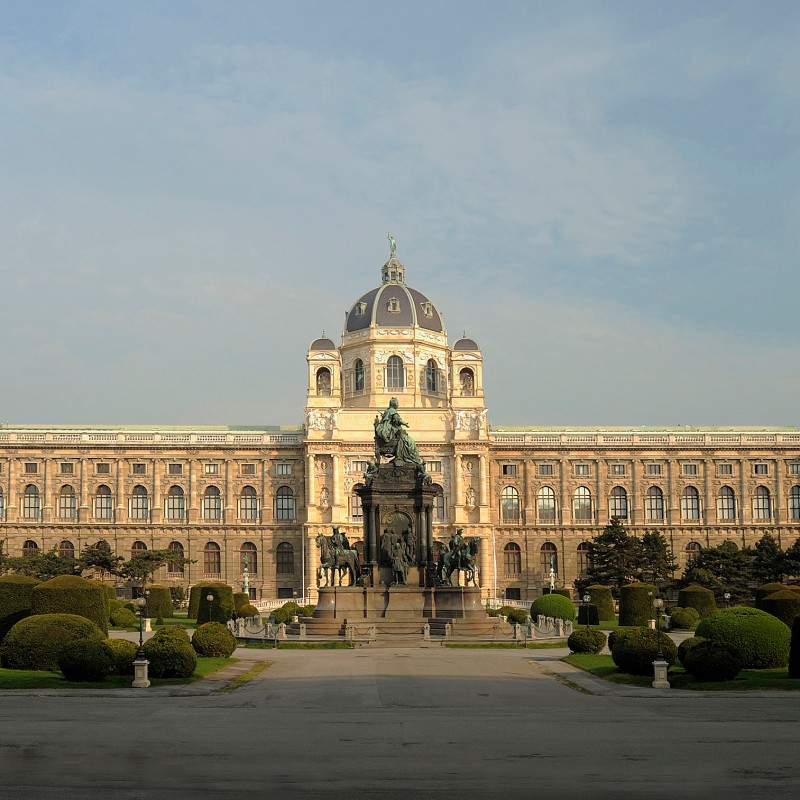 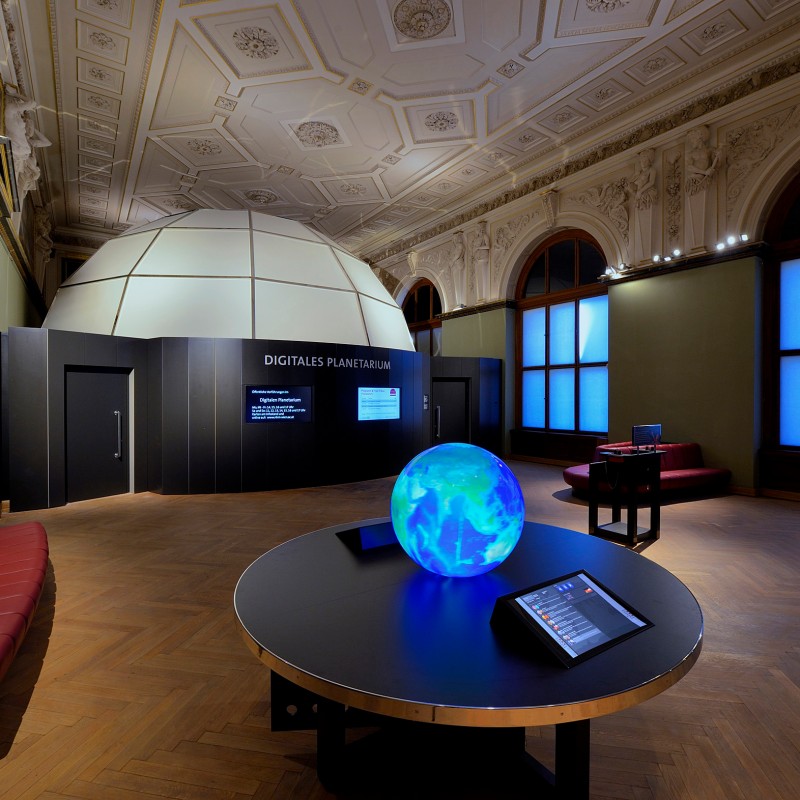