The period around 800 BC marked the start of a new great cultural epoch in Central Europe: the Iron Age. Iron became the most important metal for tools, equipment and weapons. Farming intensified and trade expanded across the entire continent, even stretching as far as Africa and Asia. Places emerged which would become social, cultural and religious centres in their respective regions. This period of Central European history is also known as the Hallstatt Culture. It takes its name from the archaeological site of Hallstatt in Upper Austria, where experts from the Department of Prehistory have been carrying out research work for a century.

Contact: HR Dr. Anton Kern
The Early Iron Age collection at the Natural History Museum contains objects from all of the Hallstatt Culture groups in Central Europe. One of the most famous objects in the collection is the Bull of Býčí Skála, discovered in a cave in the Moravian Karst near Brno in the Czech Republic. According to current interpretation this cave was used as a sacrificial site between the 7th and 5th centuries BC. Among the objects sacrificed were about 40 human skeleton parts, entire carts, bronze jewellery, numerous pearls and bronze vessels. The famous bull statuette from Býčí Skála dates from the 5th century BC. It is made of bronze and has iron inlays on the forehead, shoulder and along the back.
Outstanding examples of pottery from this period are the Vessels of Sopron with their cone-shaped necks and engraved figures. They were originally found broken into fragments in a grave but were able to be almost completely reassembled. One of the vessels shows human figures – a motif found on many ceramics from the Hallstatt culture. The female figures with their triangular bodies and arms stretching upwards are interpreted as representations of female gods of fate. One of the three goddesses holds a spindle in her hand, spinning the thread of life. A second stands in front of a loom and weaves life. Unfortunately, the fragment which shows the tool held by the third goddess has been lost. It is likely that she is holding a pair of scissors or a knife with which she cut the thread of life.
Most of the finds from the famous Hallstatt burial site are in this collection. They include a dagger with a gold handle and a gilded scabbard as well as a sword with an ivory pommel decorated with amber inlays. The most recent excavations by the department have added further works of art to the collection, as well as materials and tools used by the Hallstatt salt miners. A particularly fine example of bronze art was found in Hallstatt 2010. It is a bailing vessel dating from the 6th to 5th century BC, decorated with fine ornaments and a handle in the shape of two cows of different sizes. Both sides of the cow’s body show classic ritualistic symbols such as swastikas, circles and double bird-boats as iron inlays in the bronze body. 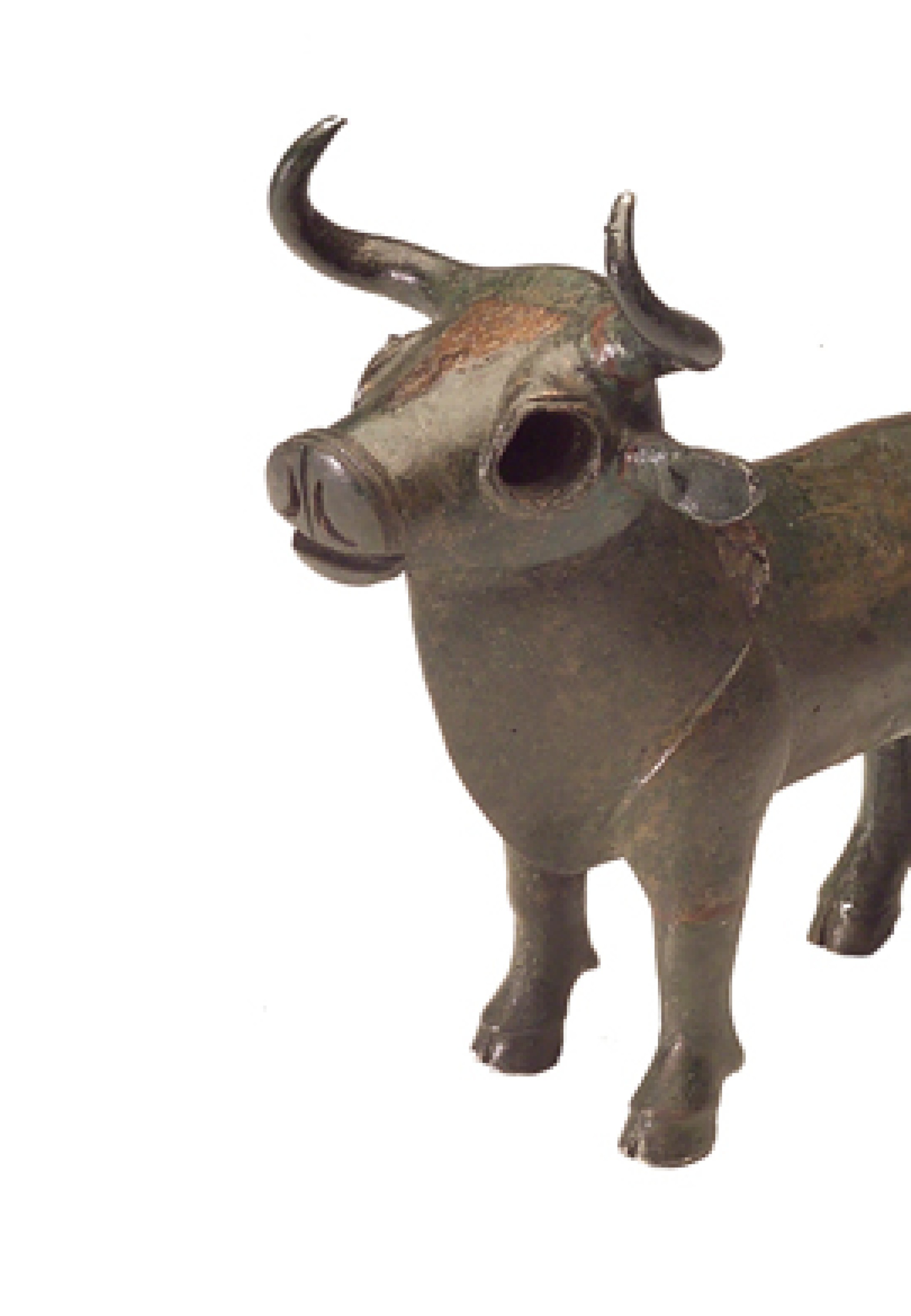