The Bronze Age takes its name from the fact that people living at the time were the first to use this alloy of copper and tin to make weapons, tools and jewellery. In Central Europe this period lasted from about 2300 BC to 800 BC. The new material bronze radically changed people's lives. It led to completely new divisions of labour and new specialisations in their everyday lives, even creating types of work hitherto unknown.

The Natural History Museum’s collection contains Early Bronze Age from very different cultural groups. These are named after important Central European sites in the former Danube Monarchy such as Únětice in Bohemia, Unterwölbling in Lower Austria and Moson in the west of Hungary.

The collection also includes finds from Mühlbach am Hochkönig (Salzburg), the site of one of the Austria’s oldest copper mines believed to have been in operation as early as 1800 BC. The world-famous Nebra Sky Disk was made using copper from this mine. During the Early Bronze Age copper ore was extracted from the rock on the Hochkönig mountain using picks before being melted down and processed into ring-shaped ingots, several of which can be found in the Department of Prehistory’s collection. As well as these ring-shaped ingots it has also been possible to excavate finished items such as bracelets, axes and knives from the site at Mühlbach am Hochkönig.
A particularly beautiful item from the Middle Bronze Age is the Dagger of Maiersdorf, Lower Austria. It is not possible to determine with absolute certainty which find this much-admired bronze dagger belongs to. It was acquired by the Natural History Museum in 1892 from the estate of an imperial envoy and may have been placed in a shine in Maiersdorf as an offering. The precise workmanship and fine engravings make this ceremonial dagger an outstanding object.

The well-known finds from Stillfried an der March – one of the most important prehistoric settlements in Austria, which experienced an upswing during this period and built powerful fortifications – date from the last period of the Bronze Age, the Urnfield Culture. The objects, which the Natural History Museum acquired in 1895, were probably offerings placed into a grave. Alongside decorative buttons and bronze plates the find also contained parts of horse bridles. These two complete bridles plus individual parts from further bridles are among the earliest horse harnesses of their kind in Central Europe. 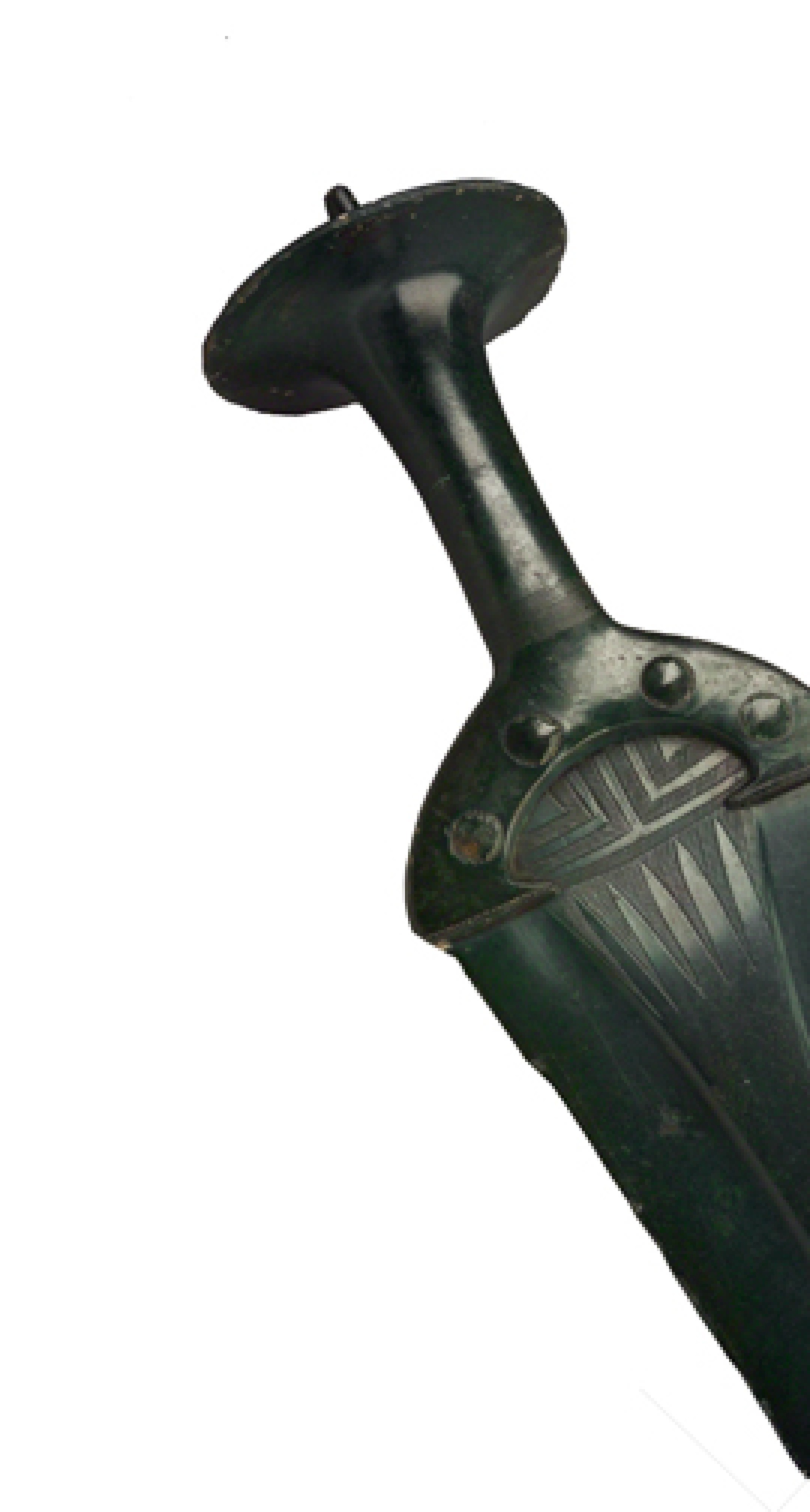