The people of the Palaeolithic were hunters and gatherers. Their environment was shaped by the climate of the Ice Age – a loess tundra roamed by mammoths, woolly rhinoceroses, wild horses and reindeer. Palaeolithic peoples used tools made of bone, ivory and stone. They wore jewellery crafted from ivory, shells and snail shells. These objects form the core of the Palaeolithic collection at the Natural History Museum.

Contact: Dr. Walpurga Antl-Weiser
In total the collection comprises several thousand inventory numbers and about 200,000 individual objects. Most of the items come from Lower Austria and the Moravian Karst. The Palaeolithic finds from Lower Austria in particular are of great value for studying the cultural developments in Europe during the Ice Age. Much international research has focussed on the finds from Willendorf in the Wachau region of Austria. A UNESCO World Heritage Site, this landscape has given rise to archaeological finds covering a period of 20,000 years.
The collection also includes stone tools that Josef Bayer collected in Palestine during the First World War and a number of similar objects discovered in France.
The oldest finds in the Palaeolithic collection are approximately 600,000-year-old hand axes from France. The oldest items from Austria are Neanderthal tools of from the Gudenus Cave near Hartenstein in Lower Austria. These are estimated to be between 40,000 and 100,000 years old.
The most famous items – not only in the Palaeolithic collection but in the entire museum – are the world-famous female figurines Venus of Willendorf and Venus of Galgenberg (near Stratzing/Krems Rehberg).

The latest additions to the collection come from Willendorf and Grub/Stillfried. They are the result of research at the Willendorf site and new excavations by the Department of Prehistory at a campsite used by Palaeolithic hunters in Grub/Stillfried (Lower Austria). At Grub/Stillfried archaeologists discovered the largest collection of Palaeolithic jewellery found in Austria.
The collection also includes a number of unknapped stones which would have been used to grind various things. Some of the smaller stones show wear from this grinding process.
There are also fragments of bones from Ice Age animals and traces of paint. These traces of paint are mostly red chalk, though graphite also features in the collection. Even back in the Palaeolithic people used paint to decorate objects such as bones and stones. Furthermore, red chalk was scattered at funerals and many Venus figures – including the Venus of Willendorf – were painted red. 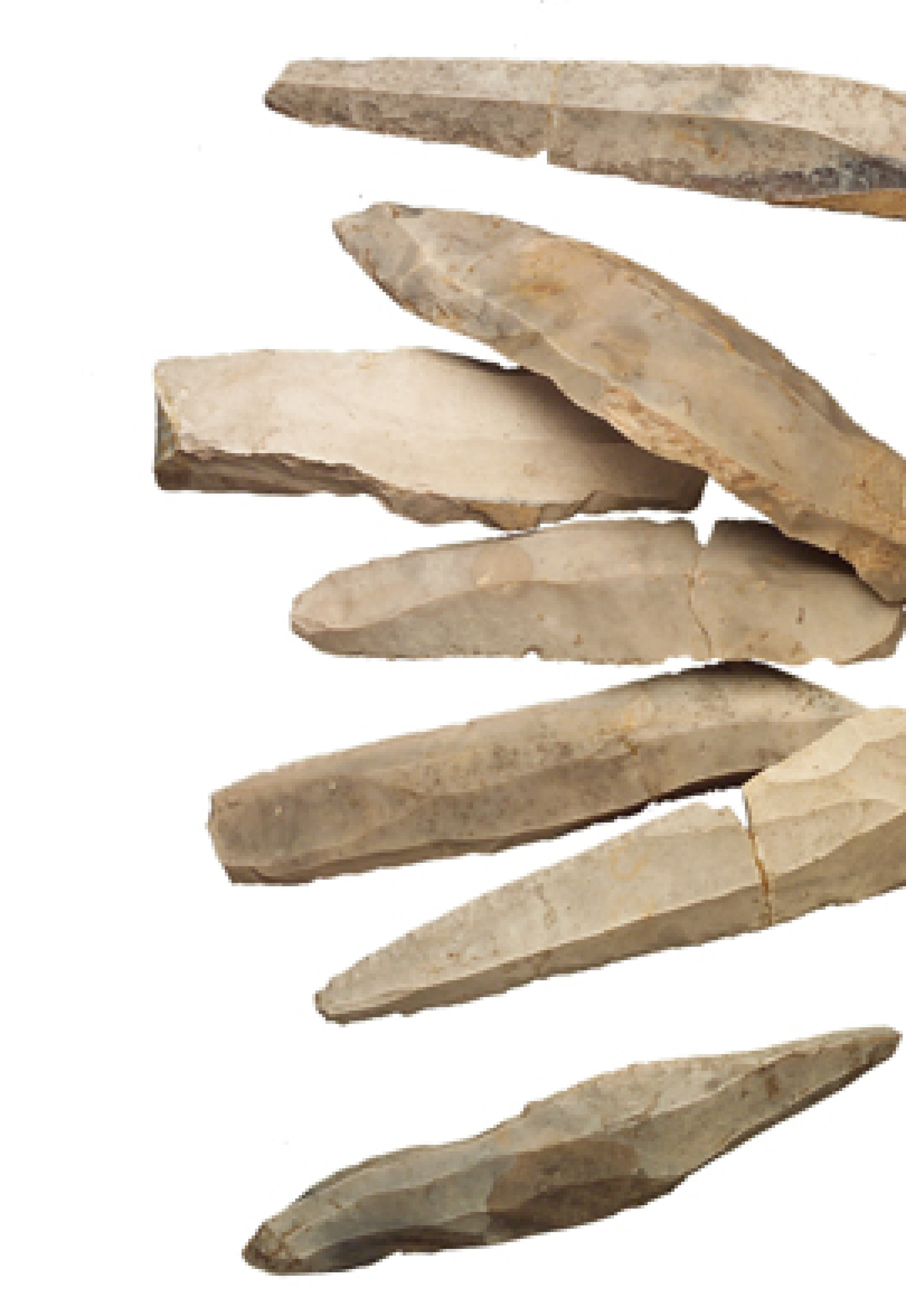