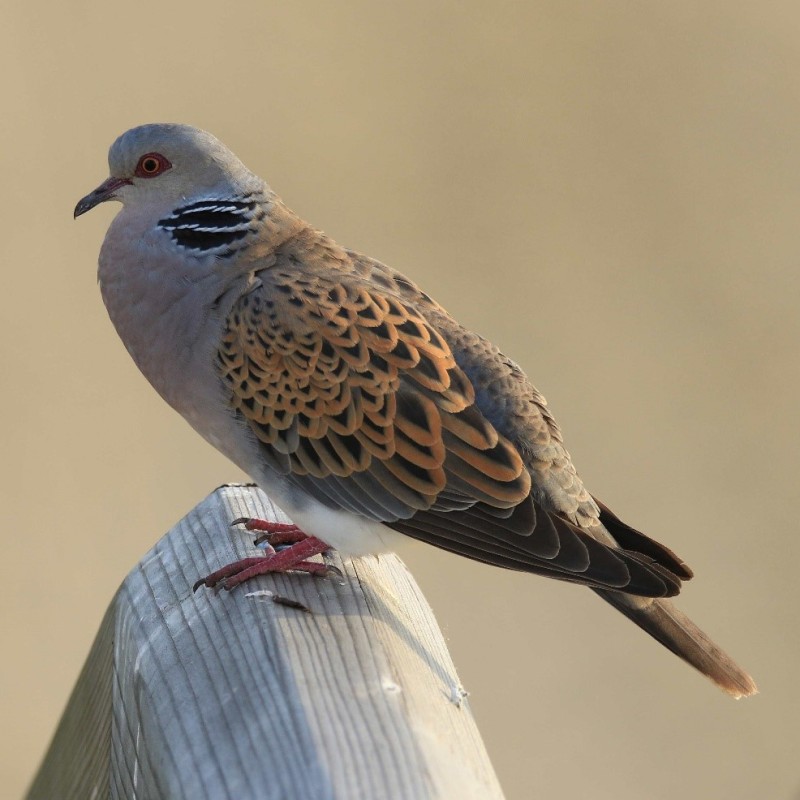 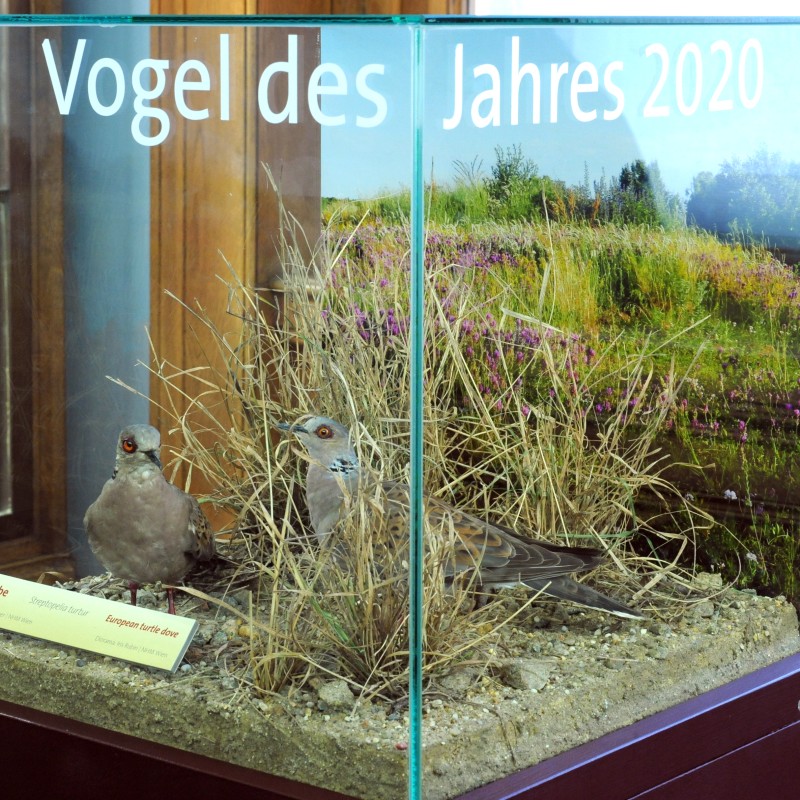 “Love and Peace”! Pigeons are considered a symbol of peace worldwide, and even the common expression “love birdies” refers to the behavior of the turtledove. However, future is far from rosy for the smallest dove species. Hundreds of thousands of those gentle birds are killed every year, being hunted and eaten or suffering from food shortage because of pesticides.

BirdLife Austria wants to draw attention to the bad situation of the smallest native wild pigeon by choosing the European turtledove as "Bird of the Year 2020". Bushes, hedges, and herb-rich fallows have become scarce. Therefore, turtledoves, which mainly feed on seeds, are increasingly lacking suitable habitats. Moreover, during the flight to its winter habitats south of the Sahara, the long-distance migratory bird is threatened by illegal and legal hunting. Despite population declines of around 70 % across Europe, the EU officially still allows hunting in ten European countries (including parts of Austria).
It would be a great loss if the characteristic cooing fell silent forever in our deciduous forests.

On display in Hall 30 of NHM Vienna.
Follow us on