The Department of Prehistory at the Natural History Museum (NHM) Vienna is home to one of the largest and most diverse archaeological collections in the world, with outstanding individual finds of international importance, such as the world-famous Venus of Willendorf the bull of Býčí skála, the dagger of Maiersdorf, the vessels of Sopron, and unique objects from the Hallstatt mining site and burial ground.

“Time leaves its traces on everything – even ancient history,” explains Dr. Anton Kern, Head of the Department of Prehistory at the NHM Vienna. “Since the prehistory exhibition was last modernized more than 45 years ago, much progress has been made in research as well as in the techniques used to display and protect these precious exhibits, so it was high time this work was carried out.”

The Department of Prehistory now presents its collection in three large halls and two new exhibition cabinets. The Gold Cabinet now contains several highlights including the gold discs from the Stollhof Hoard, which are among the oldest gold objects in the world, while the new Venus Cabinet offers a fitting home for two world-famous Stone Age exhibits: the Venus of Willendorf and “Fanny” the dancing figurine from Stratzing. Recent age determinations have shown that these two statues are older than assumed so far – at 29,500 years for the Venus of Willendorf and 36,000 years for “Fanny”.

Hall 11 displays exhibits from the Paleolithic, Neolithic, and the start of the Bronze Age in a series of completely new display cases, while the middle of the hall is reserved for selected highlights from these periods. Visitors can take a virtual tour of Paleolithic cave paintings and learn all about the fascinating world of pile dwellings, which were named a UNESCO World Heritage Site in 2012. Recent finds from ongoing excavations in Austria are also on show.

Hall 12 is dedicated to the 7000-year-old salt mine and burial site in Hallstatt. Using original objects, films and animations, the history of this fascinating site is traced from its Neolithic beginnings via the golden periods of the Bronze and Iron Ages right through to modern times. A 3D projection model of the site and its surrounding valley high in the mountains brings this ancient settlement to life. Also on display are a number of rare finds from the world-famous burial site in Hallstatt.

Hall 13 is home to objects dating from the late Bronze Age, the early and late Iron Age, as well as the first millennium AD. Highlights include an interactive journey through time from the founding of Rome to the Babenberg Period, which marks the end of the Early Middle Ages in Austria.

The exhibition also presents the results of the latest research carried out at the Department of Prehistory. As well as having its own research station in Hallstatt, the NHM employs a large number of scientists working on a range of research projects at renowned archaeological sites. Multimedia technology and complex graphics give visitors the chance to experience the objects and research results in an exciting and up-to-date way.

“As with the recent restoration and redesign of the halls housing the dinosaur and meteorite collection and the anthropology exhibits, our main focus for the prehistory halls has been on combining historic objects and display cases with state-of-the-art multimedia stations in order to give both experts and non-experts alike exciting new insights into these periods,” explains Prof. Christian Köberl, Director General of the NHM Vienna.

Multimedia elements can be found throughout the exhibition and give visitors the opportunity to experience the objects themselves and the latest research results in a modern, interactive way. All of the multimedia stations and animations have been developed by the agency 7reasons in close collaboration with education and research experts from the NHM Vienna.

They include an interactive picture wall in hall 11 where special software recognizes visitors’ hand movements and thus enables them to hold and move virtual burning torch to light their way as they explore Paleolithic cave paintings. The Highlight Finders in halls 11 and 13 are an interactive navigation system allowing visitors discover the most spectacular and eye-catching objects on display in their respective historical contexts. There is also an interactive Fashion Morphing Station (hall 13) where visitors can try on 20 sets of traditional clothing from prehistoric times right through until the Early Middle Ages. Photos and information can then be sent back to the visitors by e-mail.

The new exhibits will be supplemented until March 2016 by the sculpture “Balloon Venus (Orange)” by the renowned New York artist Jeff Koons, who was inspired by the Paleolithic statuette of the Venus of Willendorf because of its associations with fertility and ritual. The 2.5-m-tall polished steel sculpture will be on display in the entrance hall of the NHM Vienna. 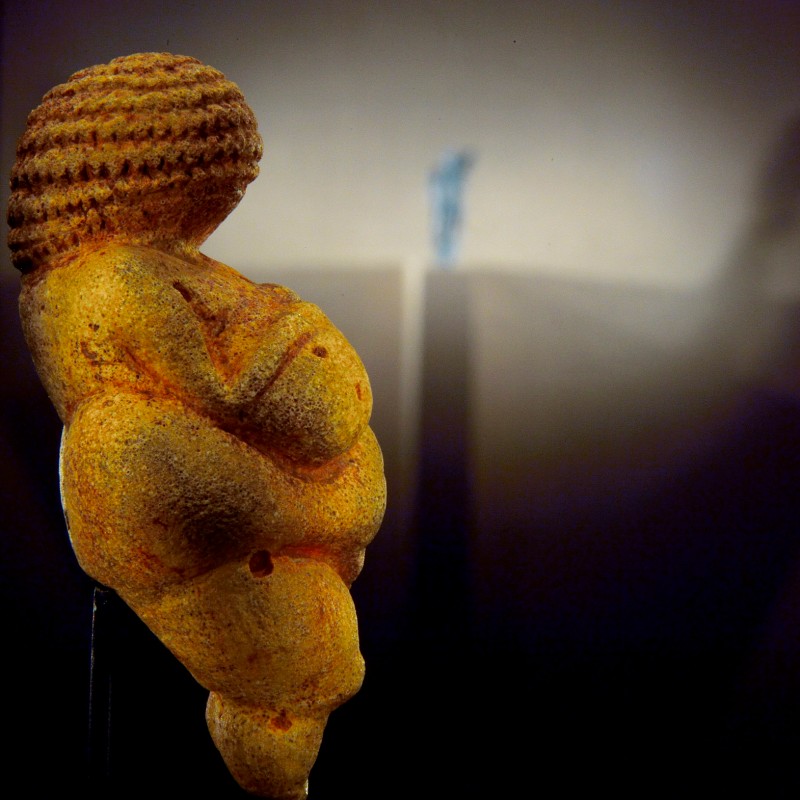 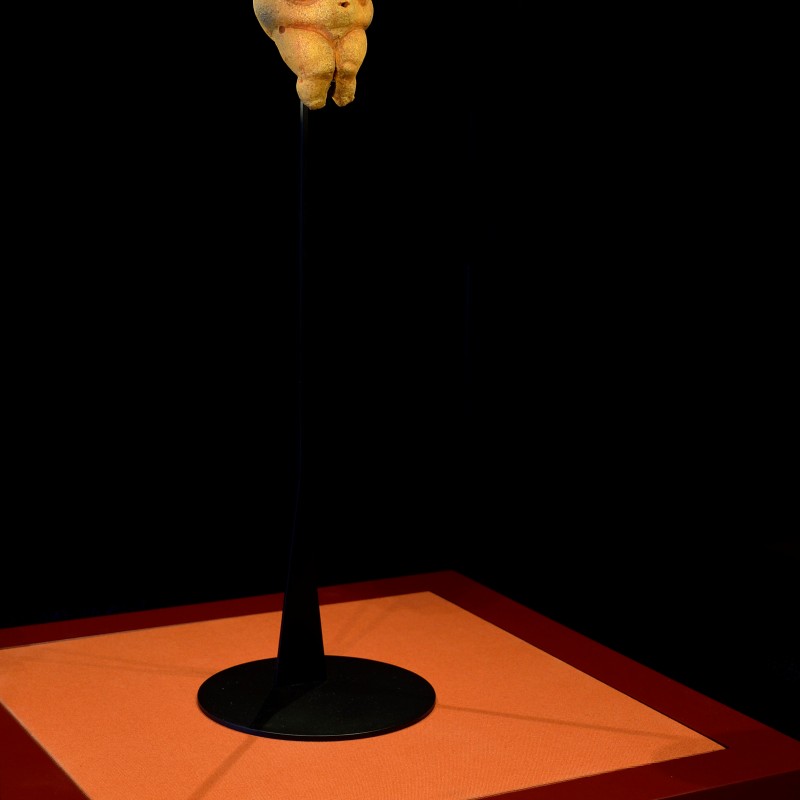 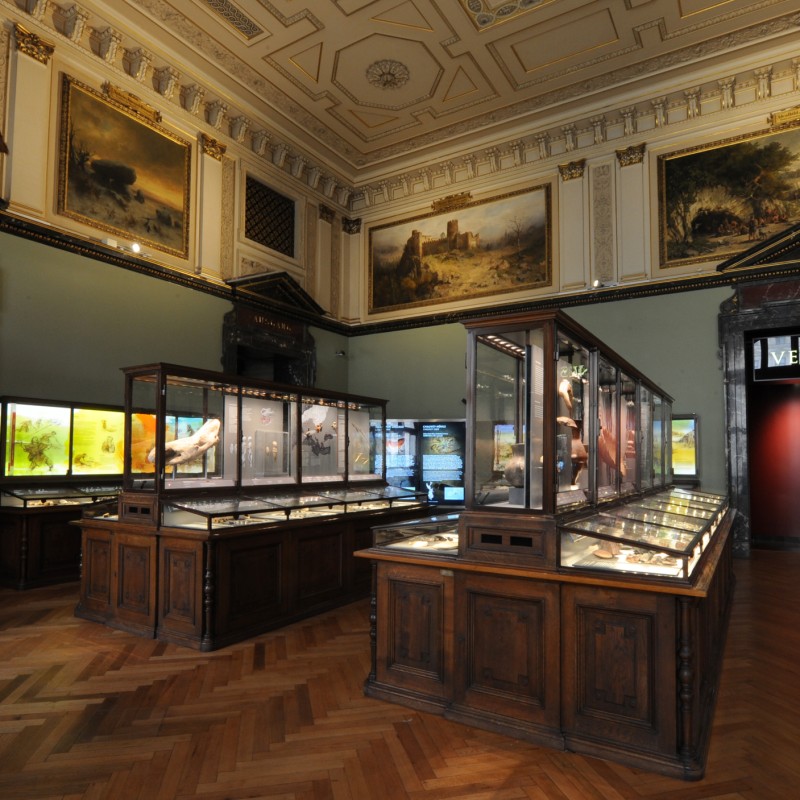 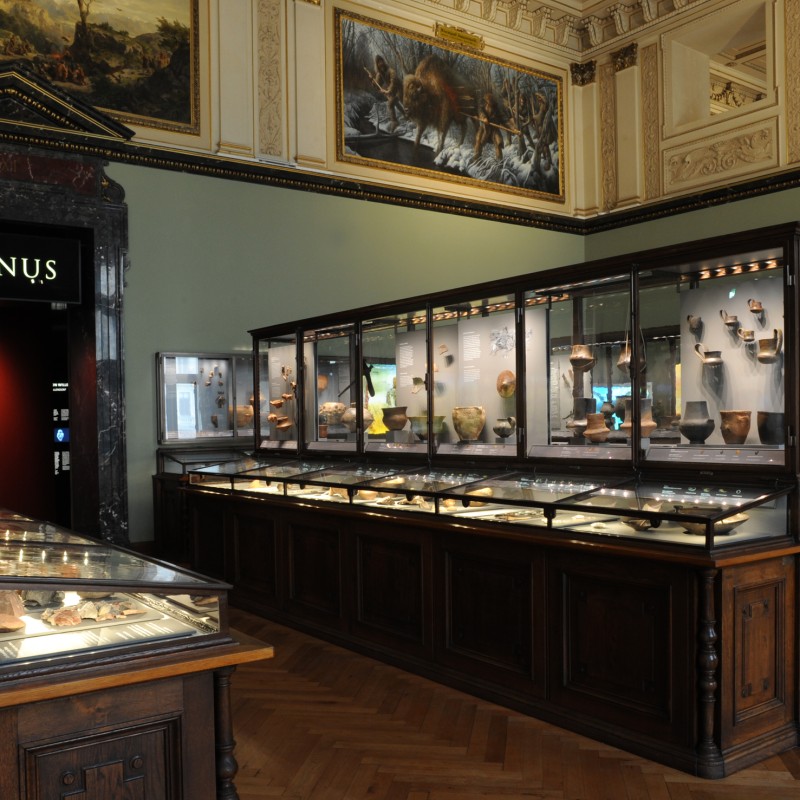