Kuratite: A new mineral named after a former scientist at the Natural History Museum (NHM), Vienna

The new mineral was at first described as component of the stony meteorite D’Orbigny. This meteorite belongs to the so-called angrites, a rare group of stony meteorites. These are thought to have formed – in analogy to terrestrial volcanic rocks- by relatively fast cooling of rock melts. D’Orbigny was found as single stone in 1979 during plowing a field in the Buenos Aires Province, Argentina. However, the stone weighing about 17 kg was not recognized as a meteorite and thus was kept for many years at a farm without attracting any attention. Only about 20 years later, when a sample of the stone was sent to the NHM Vienna, the meteorite expert Kurat identified it as meteorite belonging to the angrite group.

In 2004, Kurat and co-workers published a scientific paper on D’Orbigny, in which they also reported on the occurrence of an unidentified iron-aluminum-titanium-silicate. This “unknown” mineral phase consisted of very tiny crystals with an average diameter of only about one hundredth of a millimeter. Because of the small size of the available material it was very difficult to determine all relevant chemical-physical properties, which are required for a mineral phase to be accepted as a new mineral.

Just recently, a research group headed by Shyh-Lung Hwang from the National Dong Hwa University in Hualien, Taiwan, together with Maria-Eugenia Varela from the ICATE institute in San Juan, Argentina (who was at the NHM often as a guest researcher), was able to establish the unknown mineral as the new mineral species kuratite. The necessary investigations were mainly performed by electron microscopic methods. The results obtained during these investigations are being presented to the scientific community at the “45th Lunar and Planetary Conference”, held this week in Houston, Texas.

Gero Kurat, after whom the new mineral was named, was born in 1938 in Klagenfurt, Carinthia. He studied petrology at the University of Vienna, where he became adjunct professor in 1989. From 1968 until his retirement in 2003, he was head of the Mineralogical-Petrographical Department and curator of the meteorite collection of the NHM Vienna. As a pioneer in meteoritics he was among the first researchers to combine petrographic observations of meteorite textures with quantitative electron microprobe analyses. In cooperation with several foreign institutions he also made important contributions to the chemistry and mineralogy of meteorites and their components, to the petrology and geochemistry of lunar samples and of terrestrial mantle rocks, and to the mineralogy of micrometeorites. Because of his scientific activities, Kurat received many recognitions and awards.

He was honorary member of the Mineralogical Societies of Russia and Austria, and was elected to the Austrian Academy of Sciences, where he became full member in 1995. In 1999, he received the Gustav von Tschermak-Seysenegg-Award of the Austrian Academy of Sciences for his research on the petrology of the Earth’s mantle. In 2002, the asteroid “6079” was named “Gerokurat” in his honor. 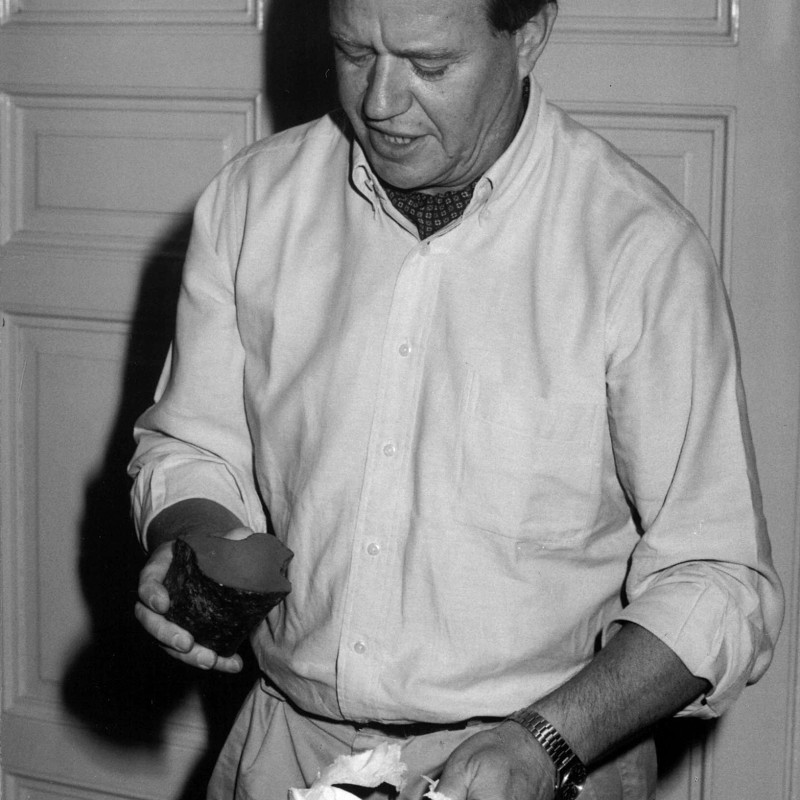 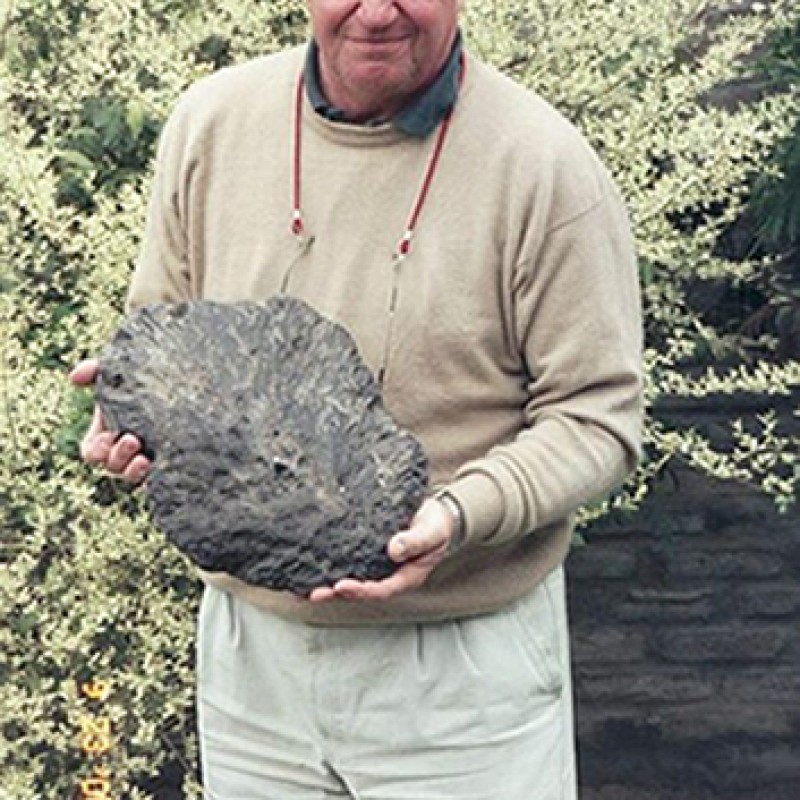 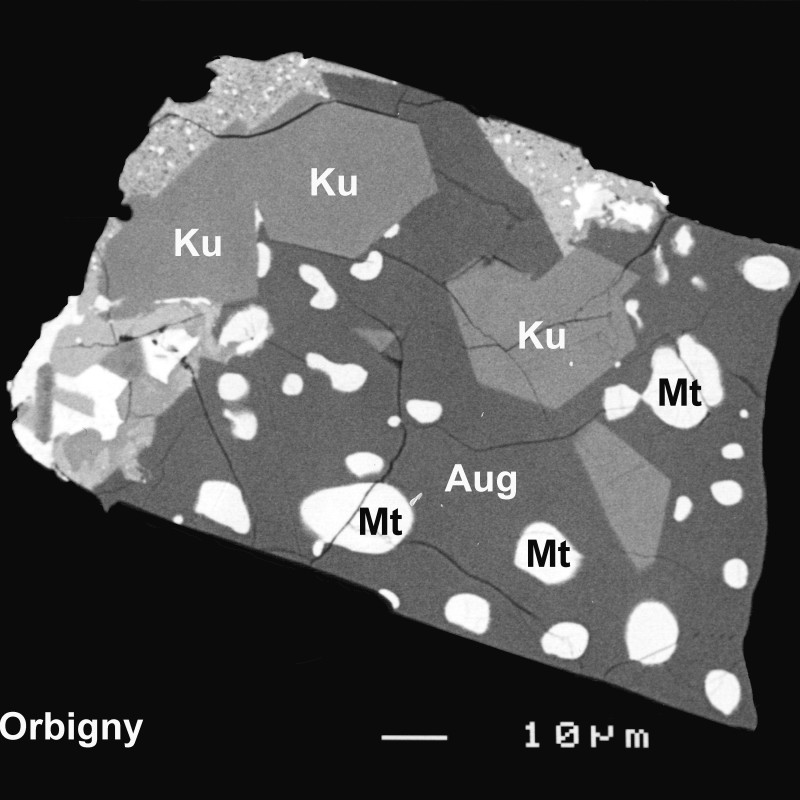 Scanning electron microscope image of an inclusion from the D’Orbigny meteorite consisting mainly of the mineral augite (dark-grey), crystals of kuratite (light-grey) and rounded blebs of the oxide mineral magnetite (white).
© NHM Wien
Follow us on