New display cases present historical aspects of the NHM Vienna.
For more than 270 years, the collections of the Museum of Natural History Vienna have been opening up new perspectives on natural and cultural history. With two generously dimensioned showcases on the staircase leading up to the new Deck 50, the rich history of the museum is now being retold, presenting the transformation of two of the museum's core tasks and the historical development of "order" and "visualisation".

Putting things in order is the basic principle of collecting. Collections are the basis for subjecting our world to a principle of order. Creating order is the prerequisite for a scientific view of the world. Identifying, distinguishing, comparing and putting things in relation to one another are not only the methods of the human mind, but also the organising principles of museum collections. By assigning meaning we create categories – categories that have changed in the course of history.

As an institution of education and research, the NHM Vienna is dedicated to making science visible and comprehensible. Even for the curiosity chambers of the 16th century, to which some of the NHM's objects can be traced back, collecting objects and producing images went hand in hand. The principles of order reigning then, however, differ fundamentally from our scientific mindset today. From the 18th century onwards and greatly influenced by the Swedish naturalist Carl von Linné, standardisation was introduced, not only to collections but also to the means of representing them, such as colour.

The expeditions of 19th century researchers provided access to previously unknown, seemingly alien worlds – not only by means of objects, but also through images. The artistic design of the NHM Vienna is informed by this “addiction to visuals” of the 19th century. The paintings in the exhibition halls reflect the world view of the time, but they also shaped the perception of visitors then.

Since the museum opened in 1889, the possibilities for scholarly presentation have advanced rapidly. Today, modern technologies such as 3D visualisations at the microscale provide fascinating insights into contexts and details.

The two newly designed showcases illustrate these historical developments and present some items that exemplify the different periods of collecting and of putting nature on display.


Showcase 1:
“Collecting is the ordering suffusion of the world.”
(André Breton 1896-1966, French writer, poet and collector)

Themes:
Beauty as a principle of order
By no means just curio collections, the 16th century chambers of art and curiosities reflected the yearning of scholars at the time to impose order on nature, the world and knowledge.

The whole world in one collection
This was the aspiration of many a monarch. In 1748, Franz I Stephan of Lorraine bought the collection of the Florentine scholar Johann von Baillou and had it installed at the Hofburg imperial palace.

For the education of the people Following the death of her husband, Franz I Stephan of Lorraine, in 1765, Empress Maria Theresa made his collections accessible to the public, thereby creating the first “state” museum in Vienna.

Ordering the world
The scientific expeditions of the 19th century were intended to explore and survey the last unknown corners of the planet. When the Austrian frigate Novara circumnavigated the globe (1857 -1859), the journey also aimed at collecting and documenting the entire world.

Theory of evolution – a new order
Ferdinand von Hochstetter, the first director of the Natural History Museum Vienna, was one of the early followers of Charles Darwin. He made Darwin's theory of evolution, which was still controversial at the time, the leitmotif of the new museum.

Kinship as a principle of order
The 20th century findings of cell and molecular biology provided the basis for research into a new discipline: “evolutionary genetics”. Deciphering the genetic code was a milestone on this path.


Showcase 2:
“The most dangerous of all worldviews is the worldview of people who have not viewed the world.”
(Alexander von Humboldt 1769-1859, researcher and explorer)

Themes:
Making visible the unknown
From the 14th century onwards, noblemen in Europe assembled representative collections. These collections included not only natural objects but also works of art and artefacts.

Observation or imagination?
From the 16th century onwards, researchers began to focus more on fine detail, and scientific interest was devoted to small creatures such as insects.

The “systematic view”
In 1753/1758, Carl von Linné's works Species Plantarum and Systema Naturae initiated the only valid scientific naming system in biology that is still used today and completely changed the perception of nature.

An illustrated textbook
Ferdinand von Hochstetter was the first director of the new Natural History Museum on the Ringstrasse Boulevard. He considered it to be a kind of richly illustrated walk-in “textbook” for all interested people.

From micro-CT to 3D printing
In the 20th century, the explorative gaze started to penetrate into the minutest structures which can be visualised with increasingly refined methods. 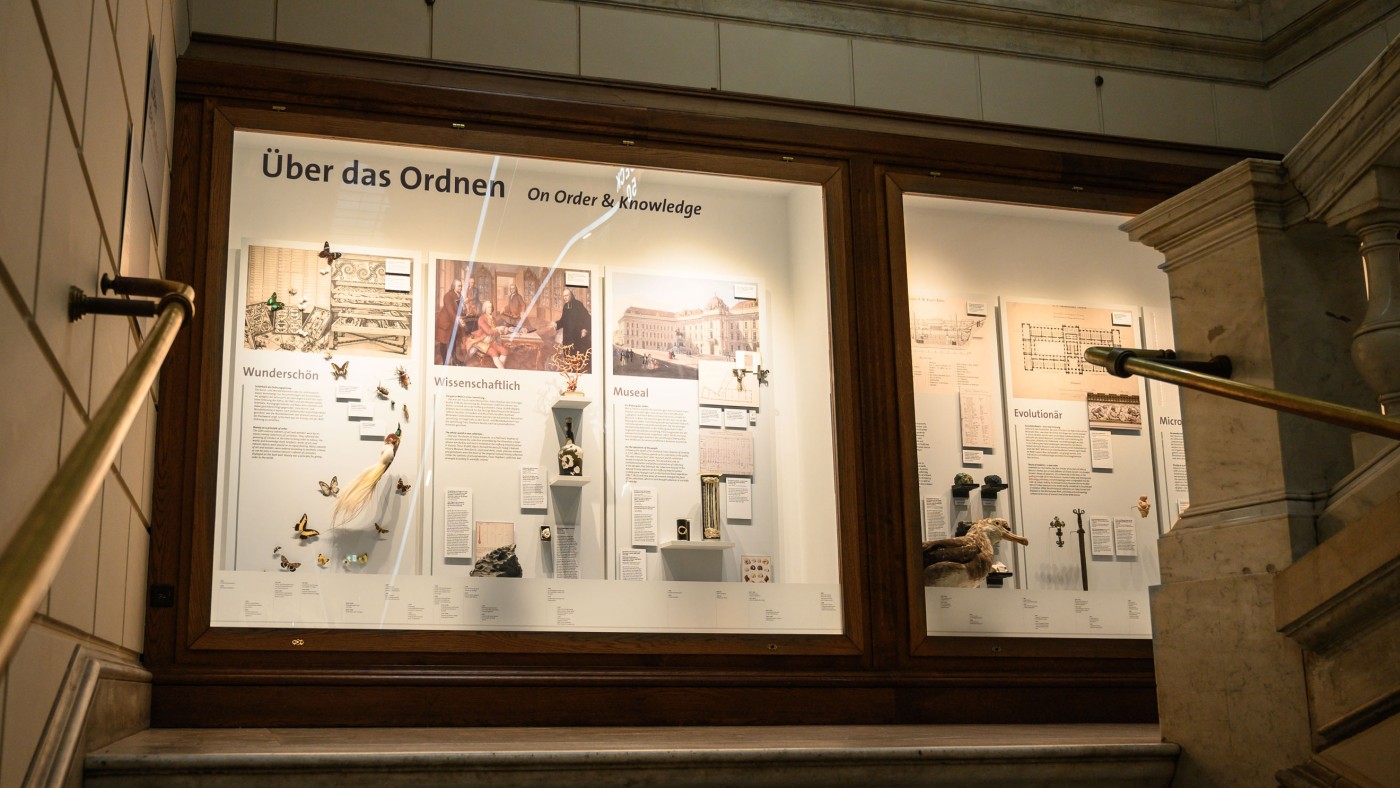 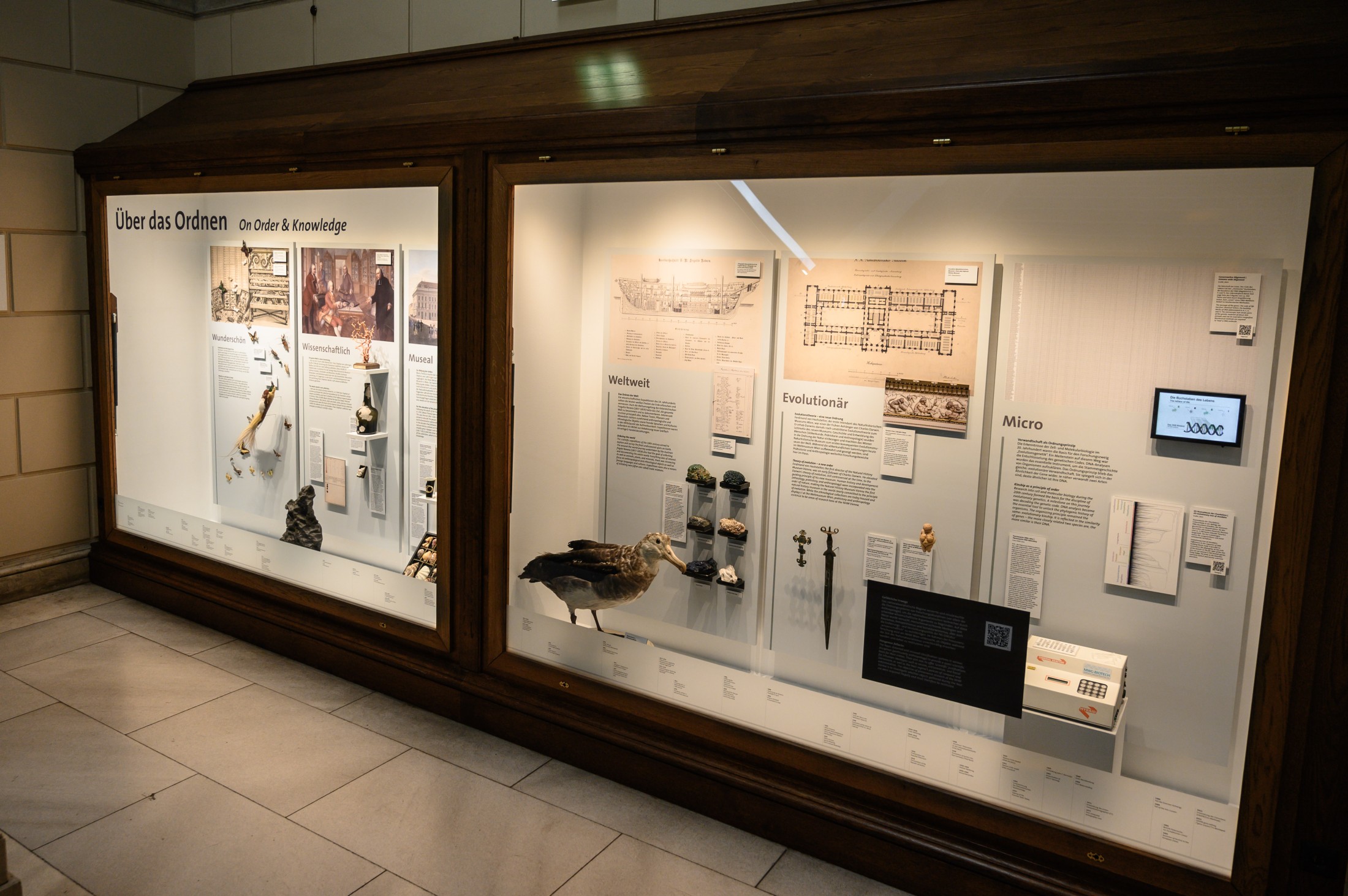 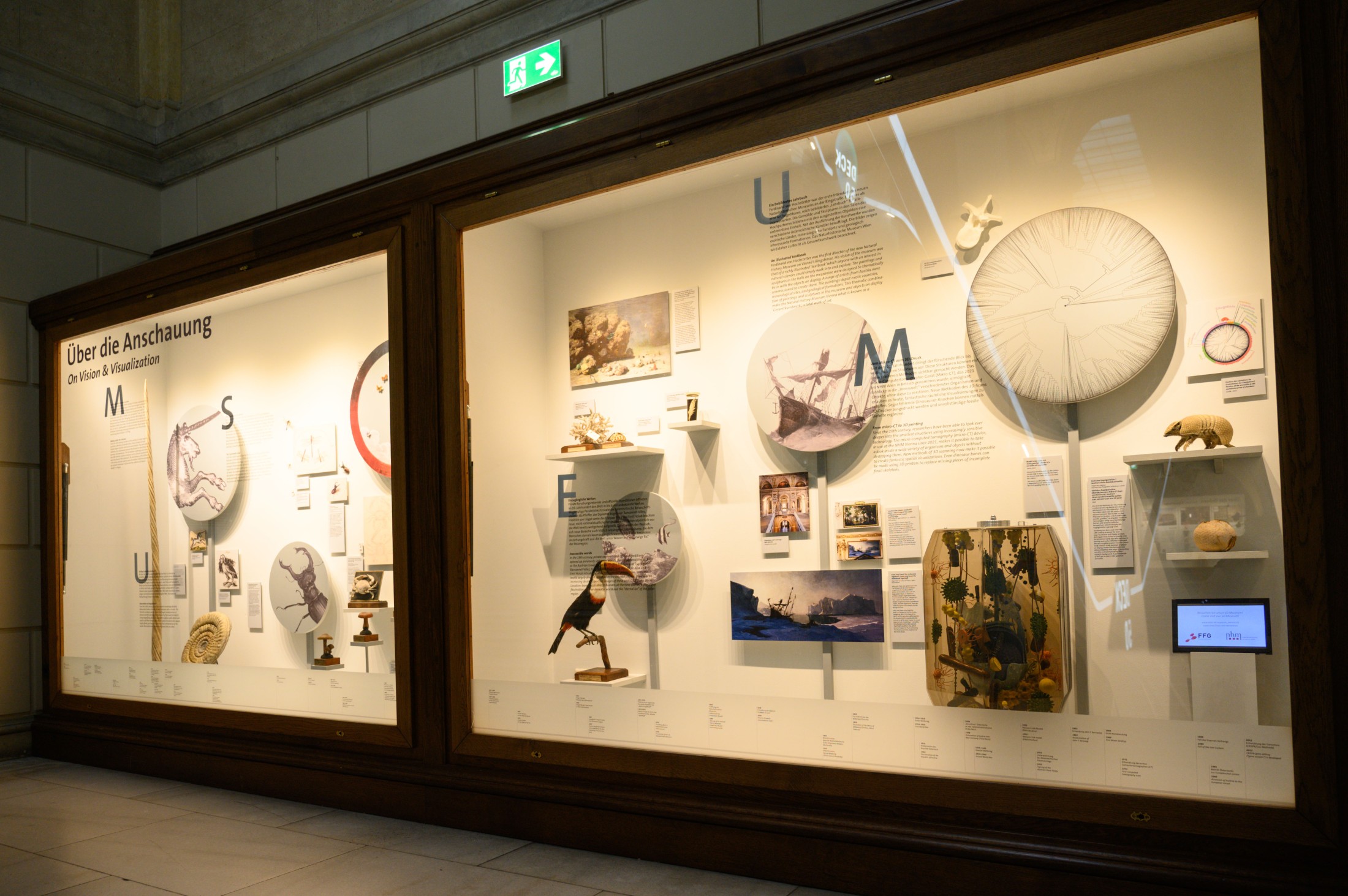 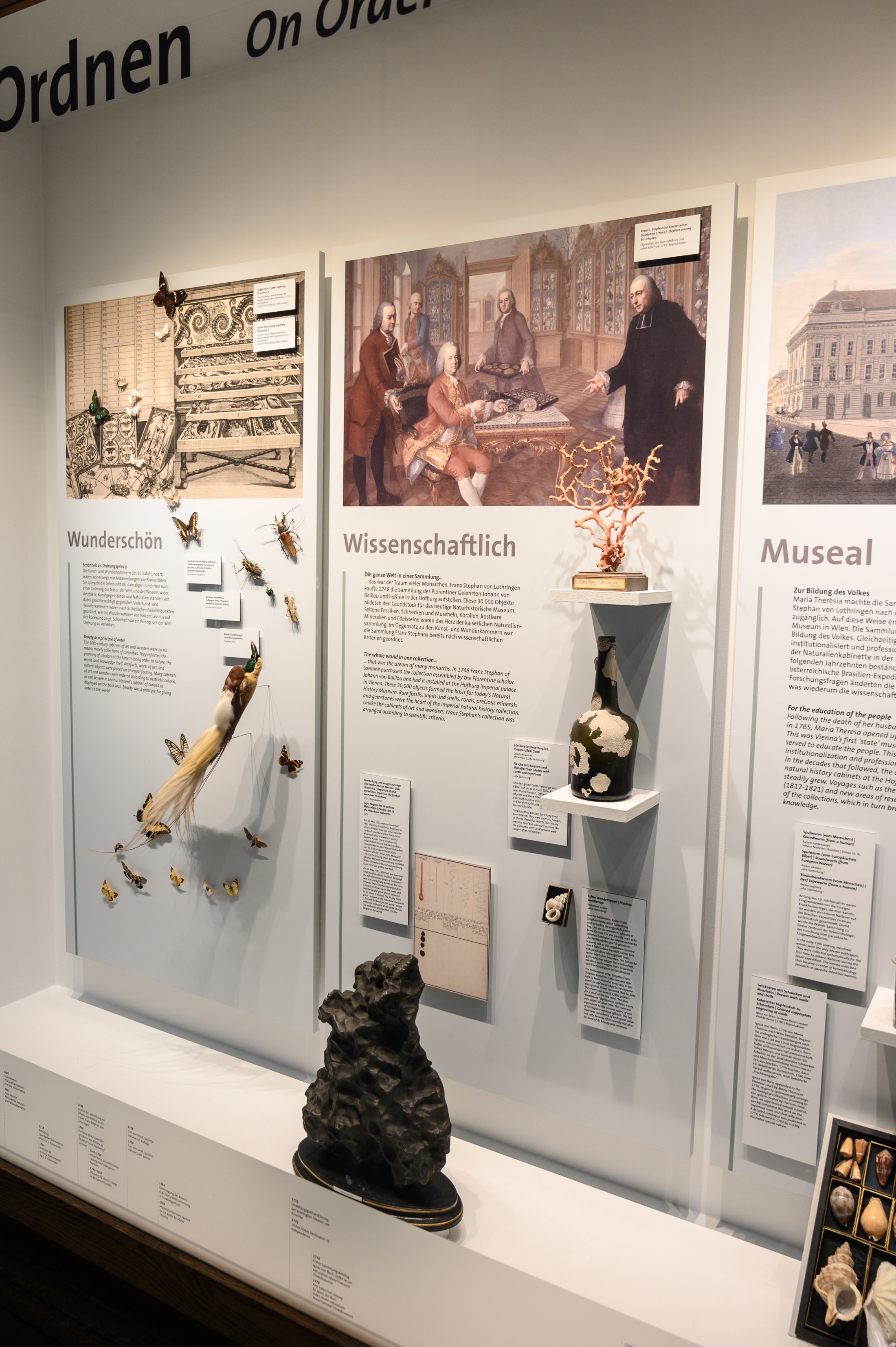 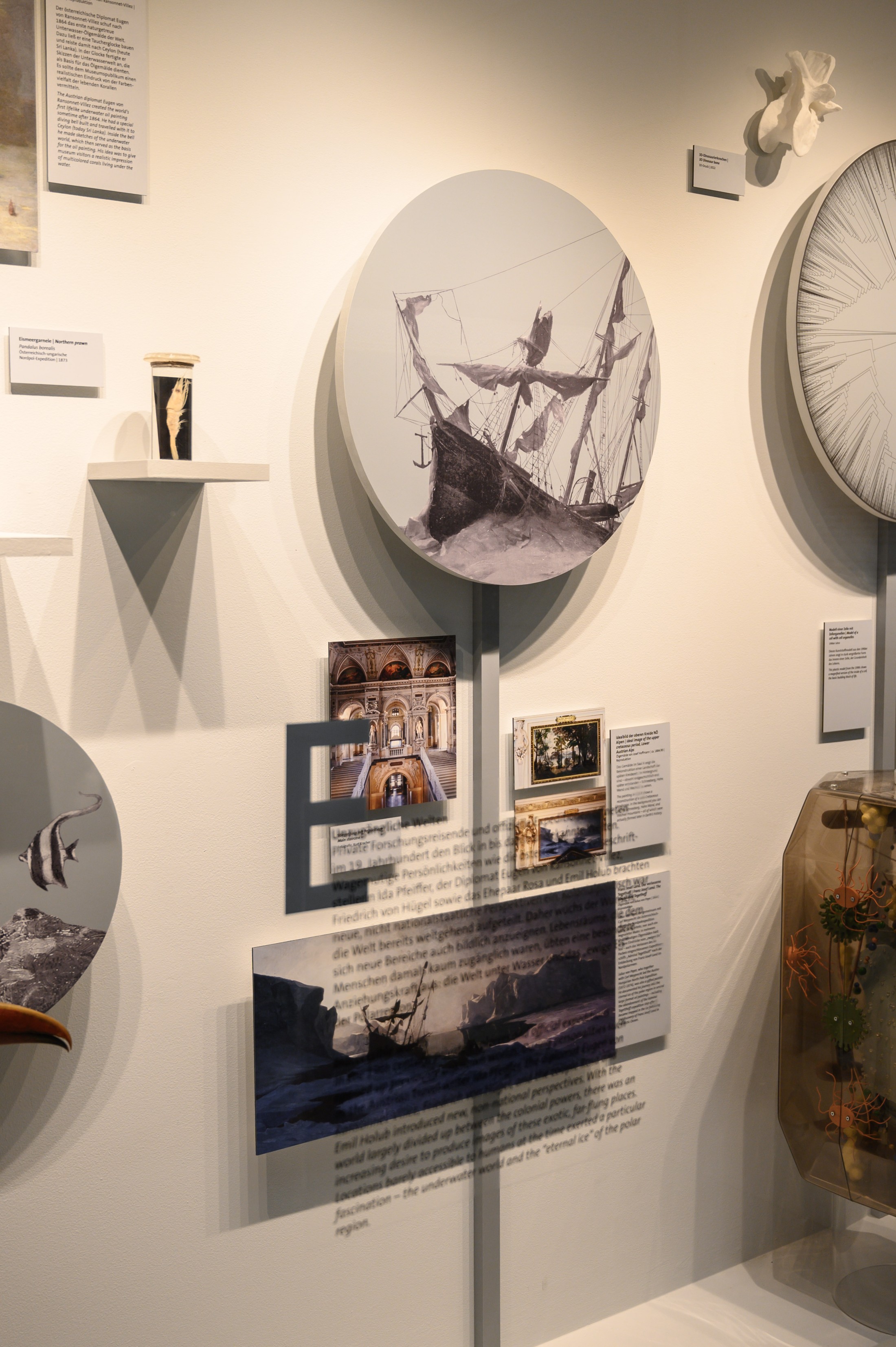 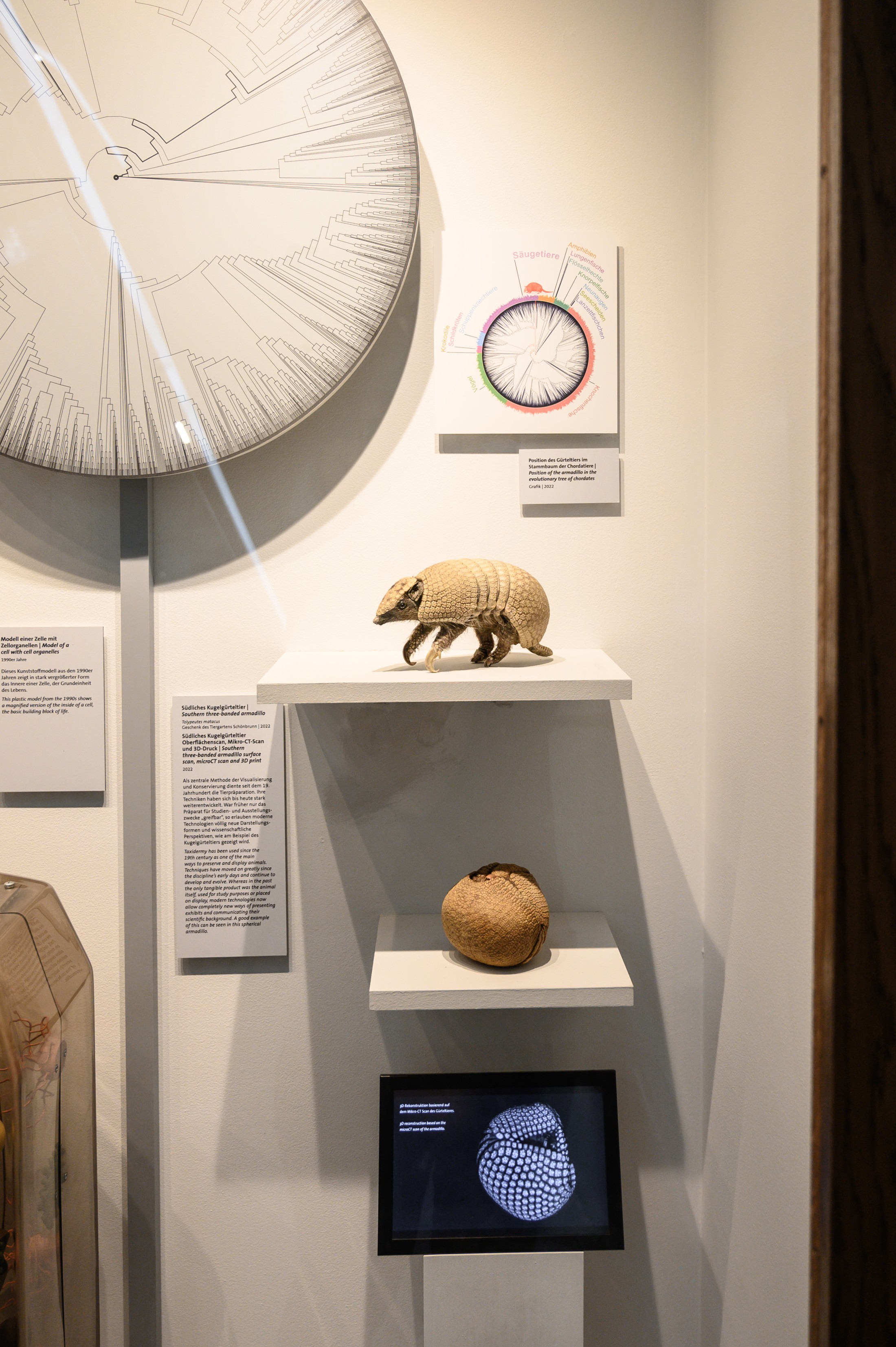 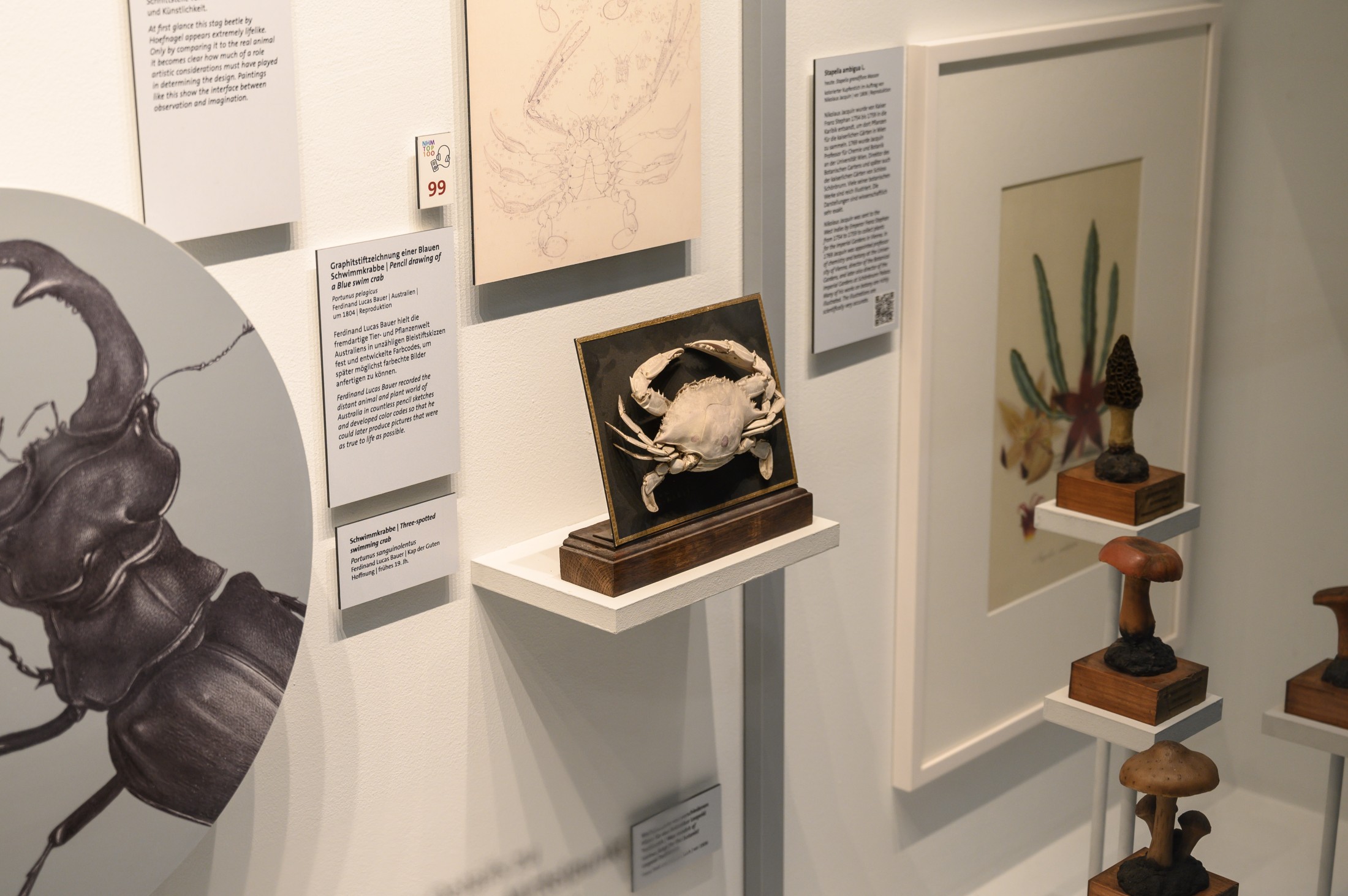